There are many mysteries about sleep — and these days, many problems associated with it.

Consider insomnia: especially since covid, the Capitol uproar, and the Ukrainian war, it seems rampant. Some doctors believe viruses and bacteria can cause it. Most cite simple stress. Is there any peace out there (but for the Christ Child)?

Approximately 30% to 40% of adults in the United States report symptoms of insomnia at some point in a given year, according to the American Journal of Managed Care.

Increasing age and diabetes are significantly associated with it.

But there are other factors — spiritual ones, inside of us and out.

We are surrounded by spirits (according to saints like Padre Pio), and they can affect slumber. Believe that! So can the subconscious. 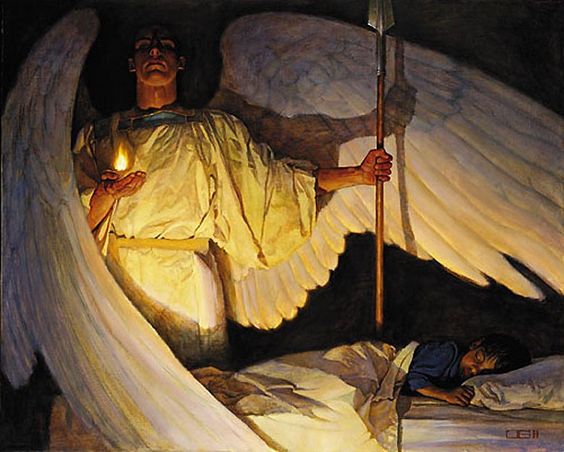 Perhaps: so can the thoughts of others. (Do you have dreams about other people, perhaps someone you haven’t thought about for years, out of nowhere? Might they be thinking or talking about you? Is there telepathy?)

Life on earth is an endless mystery. When it comes to sleep disorders, nothing is quite so dramatic as what they call “sleep paralysis.”

This is when a person falling asleep or suddenly waking up can’t move, can’t talk, can’t shout, can hardly think, no longer has control over one’s own body. And it causes understandable consternation.

“Sleep terrors are usually brief (30 seconds), but can last up to a few minutes,” says the Cleveland Clinic. “Other features of this disorder are a racing heart rate, open eyes with dilated pupils, fast breathing, and sweating.

“If you have this sleep disorder, you can’t move your body or limbs during sleep. Scientists think the paralysis might be caused by an extension of REM sleep – a stage in which muscles are already in a relaxed state.”

They like to call it “parasomnia.” And while medical technicians spiel various reasons for it (anxiety, depression, disturbed “REM” patterns), there’s that spiritual side to factor in. We hear of it in e-mail periodically. And often it seems like another thing for exorcists to evaluate.

Not everything is psychological.

Not everything is physical.

In fact, a secular site, Financial Times, acknowledges as much in an article about what some outright label “sleep terror.” It says: “The symptoms of sleep paralysis include: a momentary lack of muscle control that occurs immediately after falling asleep or upon awakening; a temporary incapacity to move; and a sense of being out of breath, and different types of hallucinatory experiences, like: Intruder hallucinations, in which a person or presence is perceived to be in the space. Hallucinations of chest pressure or incubus, which can cause a suffocating sensation.”

An “incubus” — perhaps used as metaphor here — is an evil spirit, and this is precisely what we hear too often: not that stress is causing someone to be “paralyzed,” but that something strange is present and behind it and pressing down with crushing force.

“Vestibular-motor hallucinations, which can cause a person to feel as though they are moving or are outside of their body,” it says.

The out-of-body experience is likewise a spiritual dimension, associated in certain cases with spiritual experiences — and not always positive ones.

Noted one woman, Tanya Kundu, “Most of you would have assumed that I’m speaking in metaphors as I mention demons: Negative thoughts, repressed feelings, and stuff that subconsciously hinders our growth. NO. I am talking about demons, like the ugly, disfigured creatures you’ve been acquainted with through pop culture. I have seen them at night, not in my nightmares, but next to my cupboard or closer to my bed. Not once or twice, but on several nights.”

Rid stress, for certain. Rid niggling worries by mentally saying a Rosary (if it’s the middle of the night). Cast out the “spirit of insomnia,” in case harassment is behind it. Take melatonin if necessary, sure. Or drink cherry juice. Watch the caffeine. Don’t drink too much alcohol or sugar or acidic stuff.

But also remember to keep Holy Water on that end table next to your bed, alongside a Bible. That’s the best “tranquilizer.” (Best kind: one that has seen much use).