It drags on, the covid thing — exhausting us physically, mentally, and perhaps, if there is not sufficient prayer, spiritually.

And if we are falling short in the prayer/fasting department: confusing us. Many have strayed onto unusual territory due to aridity. Arid land. Desert.  Or are lost in a jungle dense with all kinds of information. (Our Lady has urged fasting twice a week and fifteen decades of the Rosary and Mass daily. This often helps with discernment.)

Exhausting it all is, and yet not something one can easily escape. For sure: a chastisement, with as yet no clear culmination, is underway. Every time we think we have beaten it back, it seems to regroup and resurge, almost as if with a diabolical mind of its own.

What to do if one contracts the new, highly transmissible “delta” variant, which has brought us back to the case numbers of last February (at the height of the pandemic)?

The first answer — again — is to pray. Then, if ill, to listen to your doctor. God anoints doctors: no, not every one of them; they are not infallible; some can be outright wrong and misinformed; but they have a role to play in God’s Plan, a role that of late has been too readily dismissed by those who — because of the way doctors have unfortunately comported themselves in the past (too often, less than humble, and less than spiritual) — seek other avenues of advice and treatment.

But as to that question: what to do if tested positive for corona and seriously ill?

The consensus, from Governor Ron DeSantis in Florida to Dr. Anthony Fauci in Washington, has been monoclonal antibodies, as manufactured by Regeneron. That’s a first line of defense. It’s what President Trump and more recently Texas Governor Greg Abbott were treated with. Bolstering the immune system with daily vitamin C, D, and A, as well as fresh air, also are alleged to help.

Notes Newsmax: “The demand for monoclonal antibody therapies to treat COVID-19 cases has risen dramatically in America in recent weeks as cases soar. Former President Donald Trump received an antibody cocktail manufactured by Regeneron Pharmaceuticals when he was infected with the virus, but the treatment didn’t become popular until now.”

“I caught [covid], I heard about this drug, I said, ‘Let me take it’ … and it was incredible the way it worked,” the former president had said. We witnessed first-hand how quickly and powerfully this cleared up matters for two relatives who were ill with it last winter (one rather seriously).

In Jacksonville, one desperate woman says, “Go get it. It saved my life.”

But there is a major hitch, undeniable and perhaps insurmountable: Monoclonal antibodies, like some vaccines, have a link to abortion.

Regeneron spokesperson Alexandra Bowie has said the company used cells from a cell line called HEK293T. These cells date back to the 1970s and were originally taken from kidney cells in donated fetal tissue — in other words, an aborted baby.

Fauci: Early use of monoclonal antibodies can cut risk of hospitalization, death up to 85% https://t.co/tkHgQBuzPh pic.twitter.com/FS3fq4r62p

That’s precisely — use of aborted cell lines, or even direct cultures during manufacture — why so many of us have avoided the AstraZeneca and Johnson and Johnson vaccines. [See one of the many articles we’ve had on this.] Johnson and Johnson’s vaccine uses a retinal cell line that was isolated from a “terminated” fetus in 1985. Here’s how coldly one scientist described such procedures: “So I isolated retina from a fetus, from a healthy fetus as far as could be seen, of 18 weeks old. There was nothing special with a family history or the pregnancy [which] was completely normal up to the 18 weeks, and it turned out to be a socially indicated abortus’, abortus provocatus, and that was simply because the woman wanted to get rid of the fetus…”

While the Vatican, preceding Pope Francis, has long declared that current vaccines, because they are so far removed from the original abortion, and because they potentially save so many human lives, are not immoral, U.S. bishops limit what they accept as moral for covid to the mRNA vaccines. It is a very personal and grave decision. What is one to do? (One is to pray, fast, and perhaps keep the entire thing away from politics.) The Vatican discernment may also pertain to monoclonal antibodies (allowing them); we don’t know.

So intense and exhausting is this issue that two weeks ago, when Cardinal Raymond Burke was placed on a ventilator in an ICU (apparently in Wisconsin), his family asked folks to please stop sending alternative remedies, and after the cardinal pulled through, he profusely thanked God, those who prayed, and medical personnel. (“I have been transferred out of the Medical Intensive Care Unit and settled in a hospital room where the doctors, nurses, and numerous hospital staff have provided vigilant, superb, and steadfast medical care,” the 73-year-old American cardinal tweeted Saturday. “For these dedicated professionals, too, I offer heartfelt thanks, as well as to the priests who have ministered to me sacramentally.”)

We don’t know yet whether monoclonal antibodies were deployed for the cardinal, who came close to death.

Are there valid, totally uncontaminated treatments?

Be cautious before making a decision. Many say hydroxychloroquine has a benefit. Others cite its risks. It may be okay for you. It may work a miracle. It may not. There are those, including some doctors, who attest to its remediation and have done so for months on YouTube and social-media venues (when it is coupled with several other prescription drugs). We respect such viewpoints. On the other side are scientists such as the head of Mayo Clinic who say that while there may be benefits for some, the latest surveys indicate that hydroxychloroquine may increase mortality in covid patients by three to four percent.

We don’t know. We’re not scientists. We do try to review material on both sides of all the currently raging controversies. Ivermectin has replaced hydroxychloroquine as the alternative synthetic remedy of the moment. Yet we are cognizant that this, too, can have side effects (especially the kind sold to deworm livestock), and is highly discouraged by the Food and Drug Administration. We don’t believe that institutional medicine always has correct answers — far from it — but again, perhaps, in something so serious, the answer is to do as Cardinal Burke did: listen to doctors and hospitals (not amateur medical commentators).

Yes, we too are decidedly amateur. When potential infection recently hit close to home, the doctor’s prescription of a “z-pack” (the anti-biotic azithromycin) and the steroid methyl prednisone was closely followed. It is not a matter, this new variant, to trifle with. The proof is in full I.C.U. units. Can covid be handled naturally? Perhaps — especially if the virus itself is natural (as opposed to lab-synthesized). A recent study has shown that natural anti-bodies from those who already have been infected are more effective than those from a vaccine (though the problem, obviously, is harmlessly getting past the initial infection). The anti-viral drug remdesivir may also help and should be pursued as a possibility.

This is a pathogen that certainly acts in a peculiar fashion, afflicting people in very different ways and often lingering for many months, in some cases at least a year. If you have concerns, an oximeter to take readings of oxygen blood saturation levels is valuable (anything under 92 or a temperature consistently above 100 degrees F, accompanied by cough, congestion, sore throat, aches, chills, brain fog, and/or diarrhea, should lead to a doctor’s visit). Play no games with this. We see stories daily of those who did. Guard closely against pneumonia, and keep in mind that even the highly-touted PCR rapid-testing can have a false-negative rate of nearly thirty percent (saying there is no infection, when there is).

Weird? “COVID-19 appears to kill patients in the same way a rattlesnake does — triggering a protein related to neurotoxins found in the reptile’s venom, a news story informs us. “Scientists at the University of Arizona believe the mechanism may hold the key to predicting patients most likely to die from the virus,” it intoned. “This trigger fuels the severity of the virus by causing severe inflammation. A patient’s immune system goes into overdrive, leading to organ failure.”

It is a real shapeshifter, this virus, this pathogen, that continually befuddles us; that seems to be from the Land of the Dragon; reptilian; that thus far, too often, circumvents medical science as well as folk remedies. 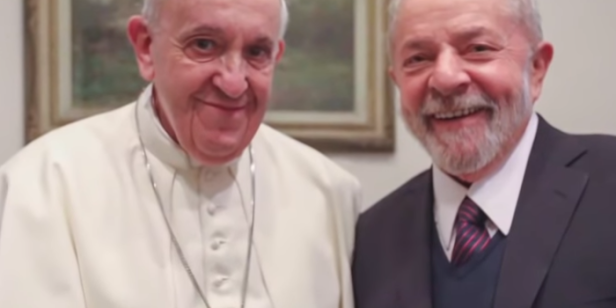