To say the least, it seems like a time of confusion.

Folks on every side in every corner of every country seem somewhat or very flummoxed, with reality a moving target: suddenly, in the eye of the beholder.

On the medical front, a question: Have you or those around you been experiencing, of late, unusual lapses in memory? Is it all biological or is some a sign of the times?

One thing is for certain: sales of Prevagen and other memory-aid supplements fly off the pharmaceutical shelves.

And also, no question: there’s at least one key reason for this. “Boomers” are coming of age, and with age comes a deterioration in the ability of recollection. Diet (especially too much cholesterol, refined sugar, and processed wheat) are significant factors, for they can help narrow blood vessels nourishing the cerebrum.

Add that to natural biochemical changes, nerve sluggishness, and brain shrinkage. Says the National Institute of Aging, “Forgetfulness can be a normal part of aging. As people get older, changes occur in all parts of the body, including the brain. As a result, some people may notice that it takes longer to learn new things, they don’t remember information as well as they did, or they lose things like their glasses. These usually are signs of mild forgetfulness, not serious memory problems, like Alzheimer’s disease.” 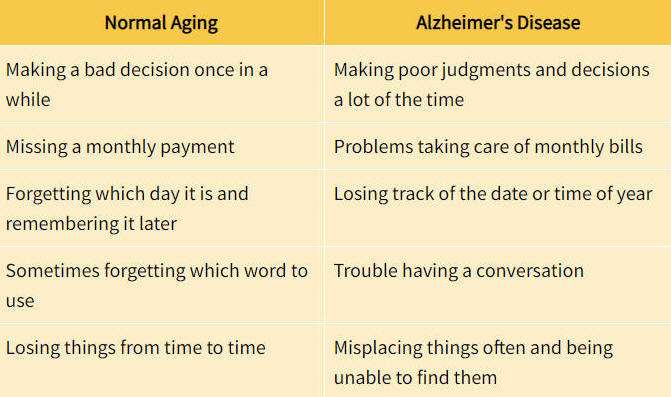 “As we age our brains shrink in volume, particularly in the frontal cortex,” notes a paper posted by the National Library of Medicine. “As our vasculature ages and our blood pressure rises the possibility of stroke and ischemia increases and our white matter develops lesions.

“But, it is not all negative, higher levels of education or occupational attainment may act as a protective factor. Also protective are a healthy diet, low to moderate alcohol intake, and regular exercise. Biological aging is not tied absolutely to chronological aging and it may be possible to slow biological aging and even reduce the possibility of suffering from age-related diseases such as dementia.”

WebMD says: “As you enter midlife, your brain changes in understated but measurable ways. The brain’s overall size begins to shrink when you’re in your 30s or 40s, and the rate of shrinkage increases once you reach age 60.”

Walking, dancing, swimming, or gardening on a regular basis may offset brain shrinkage in older adults, according to a study from Columbia University of more than 1,500 people. In the next several decades, those with memory disorders are projected to triple.

We do have a query:

Might memory “loss” also be the product of crammed memory banks: too much information, all the more with every hyperlink and passing annum?

And as an outlier (translation: far-fetched to science): could electromagnetic radiation be affecting us — from TV and radio to wifi and especially, cell phones (which emit far more pernicious levels)?

However slight (or not), might even the spread of 5-G have a role?

“The insufficient knowledge about the possible health effects at millimeter waves and the lack of in vivo experimental studies on 5G NR underline an urgent need for the theoretical and experimental investigations of health effects by 5G NR, especially by 5G NR FR2,” says a paper.

Some scientists claim the data is already in — and that 5-G is safer for brain tissue, that the greater the frequency, the less dangerous, which certainly seems counterintuitive). We will see.

Aging, done right (with God) should be sweet.

As usual, more questions than answers.

As usual, when it comes to what scientists posit, there’s not much that they accept — at least not immediately — as evidence.

[resources: Physical Healing and Deliverance and The God of Healing]

[A powerful prayer (from Physical Healing and Deliverance) for the brain (place your hands on your head and say):

“As I lay my hands on my head, I ask You, Jesus, to lay Your Hand on my head. Heal what needs to be healed, and drive away all spirits of infirmity in the brain, including memory loss, Alzheimer’s, confusion, cancer, degeneration of brain cells, spirits that came through trauma from blows to the head, and drug use. We rebuke anything that would slow brain function or degrade memory, in Jesus’s mighty Name.

“We also rebuke any storms raging in our minds, from psychosis, phobias, paranoia, mental torment, frustration, suicide, procrastination, anxiety, depression, despondency, hopelessness, worry: we command all those storms to be still! In Jesus’s Name. Perfectionism, and stress born out of the bondage, to fear of others, we end your reign of terror now in Jesus’s mighty Name.

“We command the enemy to leave our minds, and to stop messing with our brain chemistry. Our heads and thought lives are holy ground! Through the mighty presence of Your Holy Spirit, I ask You Lord to flood my brain with Your light and glory and shine in all the dark places that have been touched by the enemy of Jesus. I ask You to replace all demonic clouds, or fogs, or confusion, with the overwhelming, brilliantly-lit cloud of glory from Your Throne in Heaven. No defilement can stand in Your Presence! I choose to renew my mind on a daily basis in Your Word, and to pull down strongholds of the enemy in my thought life. I fall out of agreement with all lies sent by the enemy.”