We modern humans spend much time chasing our own tails.

It turns out, as the hackneyed adage goes, that the more we “know,” the more we don’t: the more we realize how much is a mystery; that all things seem like puzzles wrapped in enigmas.

More than ever, the mysteries, and points of contention, point out the utter importance of knowing God.

Science has done many wondrous things but, spending countless dollars on studies, often finds itself stumped. Chasing its own tail.

No one can agree on a final conclusion.

Right now, many are looking at the mystery of “long covid”: when effects of the coronavirus last far longer than the detectable infection itself. Millions are now thusly afflicted. The existence of this phenomenon is incontrovertible; the reasons are not. Fatigue. Shortness of breath. Brain fog. Heart palpitations and atrial fibrillation.

“As many as 21 percent of Americans who caught the SARS-CoV-2 virus this summer ended up suffering from long COVID starting four weeks after infection, according to a new study from City University of New York,” says a report. 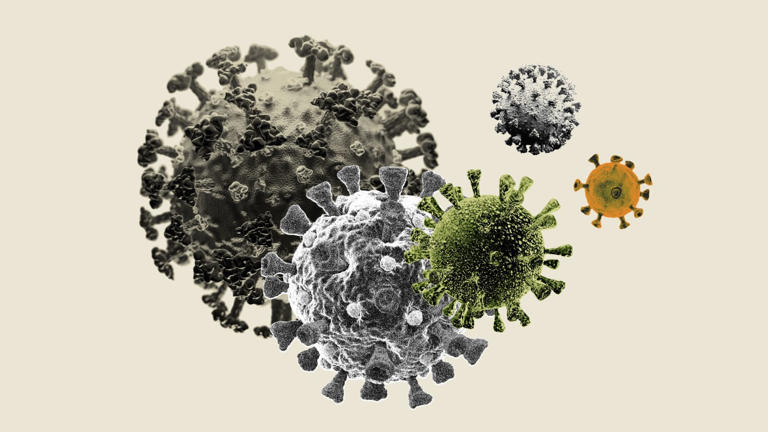 Meanwhile, and perhaps related, dozens of studies are showing that covid caused and causes widespread blood clots, not just the venous thromboembolism (leg clots) recognized as an effect at the very onset of CoV-19 (many months before there were vaccines), but micro-emboli found throughout bodies and brains in covid autopsies. It’s another thing we don’t quite understand.

We don’t even know — three years into the crisis! — how long a person remains infectious. Studies indicate everything from five days after onset of symptoms to ten or twenty or more.

Does it matter, with the current variant so much less deadly (although hundreds will die this day from it), or — despite its initially gentler effects, and while the pandemic may basically be over — might the new Omicron variant also lead to equally serious long covid?

It’s another thing we don’t know.

And of course, we still don’t know where this thing came from.

If a lab, most point to the Wuhan Institute of Virology in China, which messed around with this exact coronavirus. But might it also have come from a lab in the United States?

It was at the University of North Carolina that the technique for meddling with the coronavirus (to make it more infectious and lethal) began — later transported to China, as we have repeatedly pointed out.

Could it have escaped from a North Carolina lab (or also at one in Texas), before spreading in Wuhan? Is that how slippery this thing is — a Houdini when it comes to evading precautions — and might covid have been circulating for months or even more than a year before it was recognized in early 2020 as generating a crisis?

Again: we do not know. We still don’t know the full picture of vaccines. We still are not entirely sure how long blood antibodies and immune t-cells last. Months? Years? While the most recent meta-analyses (which analyze hundreds of studies) claim to have found that vaccines reduced covid fatalities by more than ninety percent, and do program t-cells long-term, we still don’t know all the potential vaccine side effects. (Remember that the polio vaccination, though indisputably saving countless lives, has been implicated in some cases of glioblastoma multiforme, the most deadly adult brain cancer).

We know — can prove — so little. Yet, medical types too often act as if they have the answers.

Is there a spiritual component?

Below is the arm of a Seattle man named John Gillote, who was stricken by the virus in 2020. As The New York Times — not exactly prone to a spiritual dimension — put it, in an article about long covid, in a photo caption, “A tattoo of the demon Mr. Gillotte hallucinated during the Covid delirium he experienced after he was taken off the ventilator.” 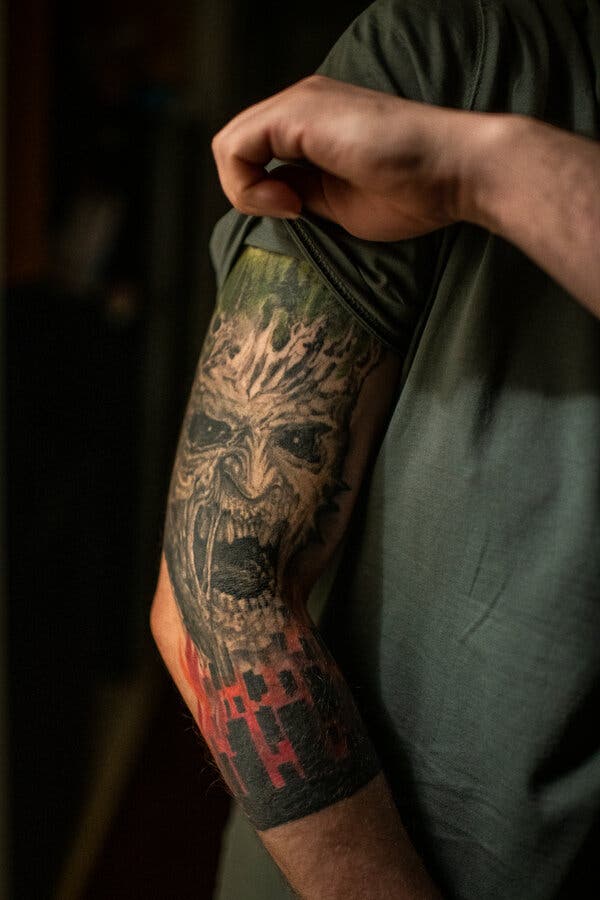 One African “prophet” who foresaw the pandemic called it “a demon on a rampage.”

(Memo to The New York Times: that may have been a better caption.)

[Footnote: So many examples of what mystifies us. In many cases, we do learn the reasons. But because a physical cause is “discovered” doesn’t preclude a spiritual underpinning.

Recent example: in Ukraine a river turned blood red a day after Russia struck a dam in Kryvyi Rih, one of Ukraine’s biggest cities, forcing residents to leave their flooded homes. 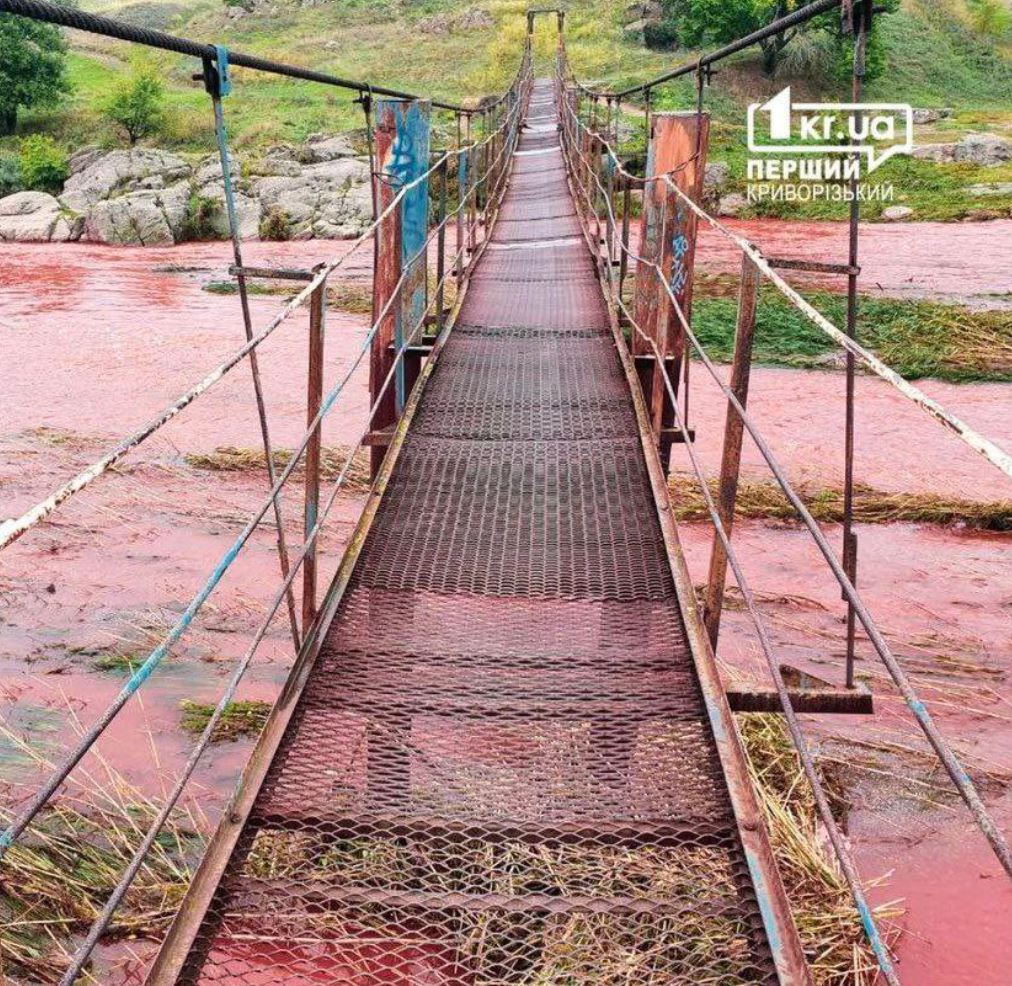 This occurred at the same time Ukrainians were discovering Russian horrid torture rooms and mass graves in the region. (Said a report Sunday: “Torture chambers in the basements of police precincts and school buildings. Witness testimony of abuse, humiliation, and murder. A forest filled with graves. Across the vast stretch of thousands of square miles of land newly reclaimed by Ukrainian forces in the northeastern Kharkiv region, accusations of Russian atrocities by Ukrainian officials mounted on Saturday as Ukraine stepped up its calls for a global response.”)

While it remains unclear why the river turned red, speculation is that the ruby color may be linked to the river bank’s red clay, which sounds plausible enough, although, due to timing, no less curious.] 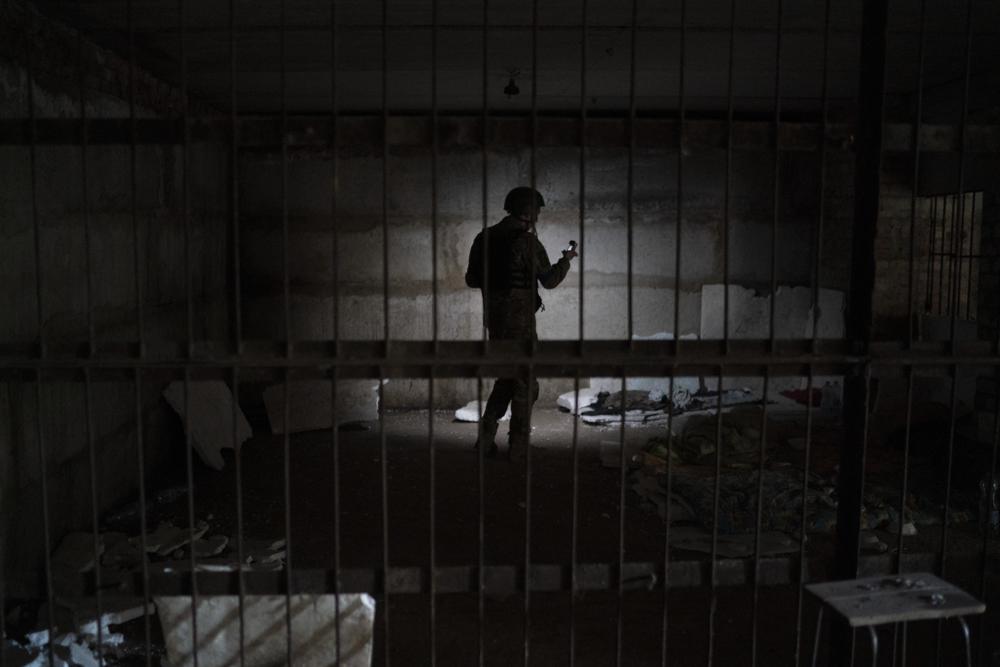