Can money be cursed?

We’ve all heard about lottery winners. And who wouldn’t want to be one of those… unless… everything unravels because of it.

One fellow in the United Kingdom won more than twelve million dollars and blew it all on drugs, gambling, and prostitutes, losing not only all his cash but his wife. Happier without the money.

In New Jersey, Evelyn Adams won $5.4 million but ended up living in a trailer…

William Post won the Pennsylvania lottery in 1998 — to the tune of sixteen million — but his brother and wife hired a hit man to kill him. (Their plot failed, but his management of the money — sour investments — led to bankruptcy).

Nor did the three hundred million won by Jack Whittaker in West Virginia bring better fortune. A plot was hatched by two acquaintances to poison him, his car was robbed of several hundred thousand, his grand-daughter died of an apparent overdose, his daughter soon followed her to the grave, and Whittaker found himself buried in gambling debts (“I wish I’d torn up that ticket,” he commented).

More than seventy percent of lottery winners end up broke within seven years.

Money is the root of all… misfortune?

If you really want to talk about the curious way bad luck can follow surficial fortuity, look no farther than Alex and Rhoda Toth: In 1990, they won $13 million in a Florida lottery; their annual twenty-year payout: $666,666.66.

For a while it was “heaven.”

But, burning their way through it, they ended up indicted for tax fraud. Alex died from a stroke before the trial; Rhoda pleaded guilty and did time in prison.

It’s enough to keep anyone away from the convenience store…

Urooj Khan from Chicago found that out the hard way. The 46-year-old bought a scratch-off ticket, won a million, and having requested the lump sum (after taxes, $425,000), was issued a check on July 19 – and was pronounced dead the next day, of hardened arteries.

Now, granted, these runs of ill luck have fully natural explanations. Murder. Mammon. Greed. But then there are curses that seem to follow in paranormal fashion. On Oak Island in Nova Scotia the search goes on for treasure supposedly buried by pirates — indications of which were first discovered by two boys who, in 1795, spotted eerie lights near the tiny island.

Upon a closer look, the youngsters noticed a freshly dug hole, and because they knew nefarious seafarers frequented the area… and with them buried treasure… they decided to dig further into the earth. 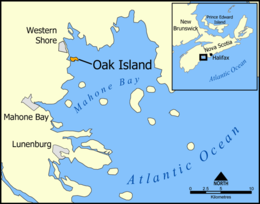 they clawed their way down, the stranger: wooden barriers, layers of coconut shells, even a stone etched with a strange code, deciphered to read, “Forty Feet Below Two Million Pounds Are buried.”

That caused a stampede that included a future president (Franklin Roosevelt) and continues, with its own television show, and high-tech gadgetry, to this day. So far… nothing.

As far as a curse… “the first recorded fatality was in 1861 when a pump exploded, killing a worker,” says one website. “In 1897, a man named Maynard Kaizer died when a rope that was lifting him from the pit fell off the pulley. In 1951, a huge clamshell digger slipped off a barge and sunk. The most devastating tragedy occurred in 1965, when adventurer Robert Restall, his son, and two co-workers succumbed to noxious fumes after falling into the pit.”

The death toll is said to stand at six.

Legend has it that before the money is found… the toll will reach seven.

[This is an out-take — a chapter that didn’t quite make the final cut — for the new book, Lying Wonders, Strangest Things; join Michael Brown September 14 for a retreat at the Hyatt in Wichita, Kansas, details to be announced this weekend; we appreciate your good prayers!]