We know someone who recently had DNA analyzed by ancestry.com, and while there are those who question the accuracy of such tests, it was certainly intriguing. 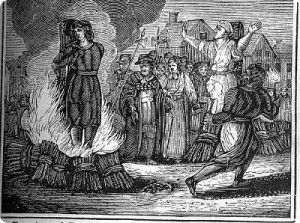 For this person had basically identified her ethnic lineage as half Sicilian and half or so Irish (with perhaps some German and English mixed in). When she got back the report, it showed: forty percent Sicilian; just ten percent Irish; Scottish, British, and Welsh genes; a healthy dose of Scandinavian DNA; and genetic tracers from other parts of Western Europe — along with tiny DNA tracks back to southern Asia, Russia, northern Africa, and European Jewry. There is probably a substantial element of truth in such tests, in that everyone is actually quite a mix: if you believe paleoanthropologists, before fanning out, we all originated from somewhere in central Africa; modern man may have originated around Mount Carmel in Israel, among other spots.

No nation is genetically “pure”: Italy and Ireland, for example, both were repeatedly settled or invaded by Germanic barbarians (Lombards, Visigoths) and Vikings (which may explain why some “full-blooded” Italians look Swedish). And most Jews in America, and even many in Israel, are not related to ancient denizens of the Middle East but from Eastern Europe (where there was a massive conversion to Judaism in the Middle Ages).

When there is such a mix, how possibly can geneticists identify various markers as from anywhere!

Indeed, brothers and sister can differ, for DNA recombines and varies in eggs and sperm.

But it brings up another point: if spiritual “baggage” can be handed down through the generations (along with those genes), one can imagine or try to imagine the many various transgressions that may have been committed by ancestry. Father John Hampsch — an expert on the scriptural basis for intergenerational healing — argues, in his detailed book, Healing Your Family Tree, that while many believe “curses” and generational sins go back only to the third or fourth generation (in keeping with Exodus 20:5), such darkness can actually reach much further into the past — even to the very beginning.

Can you imagine seeing every single person in your ancestry (and their transgressions) going back to… Eve and Adam?

How much has been purified? How much is still not? Does it depend on who has finished their purgatory and who has not? Or at least: whether those who inherited sinfulness negated it with holiness; brought light into a linage where there had been darkness?

If you believe a number of those who have had near-death experiences and say they encountered thousands of ancestors, perhaps they all indeed do factor in. Can you imagine being greeted by a Viking, or a servant or a medieval knight? The importance of lineage is why there is the Mass reading from the Book of Matthew. (“A record of the origin of Jesus Christ, the son of David, the son of Abraham: Abraham begot Isaac…”)

Just another thing to remember when we pray to cleanse our DNA line, which we all should — remembering also to forgive ancestors for what they may have done or failed to do, as we look forward to meeting all of them!