If you feel like you’re suffering from covid whiplash, join the club.

There is firstly the issue of case numbers.

On the one hand, The New York Times, long a biased advocate for vaccinations, reports, however — counter to what is sometimes media panic — that new cases of Covid-19 dropped Tuesday by twelve percent over the past fourteen days (compared to the previous two weeks). The figures naturally change every day.

That certainly was good news — and possibly indicates that, while hardly over, the new wave may have crested late last month (as was foreseen here, through sheer guesswork).

But before a toast can be made to that, there is — again — whiplash: The same newspaper tallied a six percent increase in hospitalizations and a 31 percent hike in deaths (to a level not seen since March).

Moreover, the new figures out yesterday showed cases having increased by one percent during the latest 14-day period — small, to be sure, but reversing what seemed like a plummeting course. Today is back to a slight downward trend (-3 percent). About 650,000 in the U.S. have died.

On the matter of vaccines: rightly or wrongly, this website was among the very first at raising questions — and loud concerns — about both the safety of upcoming covid vaccines and the potential links to abortion (see for example this article). One that we splashed across the top of Spirit Daily a year ago last week (August 31, 2020) said bluntly: “Virus Vaccine Chatter Will Soon Be Roar.” It was what would now be considered an “anti-vax” piece. So would a number of others from that time period. Stated the year-old commentary: “Most pressing: will the vaccine, when it arrives — perhaps as early as October or November — be derived in some way from fetal stem lines: cells cultured in laboratories that originated from tissue taken during abortions? Next question: will it be safe?”

We’re still not sure we have the answer to that last question. Vaccine opponents fret over possible long-term effects, or point out unofficial tallies that claim to show hundreds of deaths caused already. Of special concern: the new technology (mRNA) employed by Pfizer and Moderna. They also cite use of cell lines derived from aborted fetuses (we prefer the word “babies”) in development, testing, and even (as with Johnson and Johnson and AstaZeneca) production. They also point to waning efficacy (the need for boosters) and “breakthrough” cases: vaccinated who still become sick. (These cases are almost surely higher than official tallies, which tend to lag behind the curve. The CDC says there is only a one in 13,000 chance for fully vaccinated to get seriously infirm.)

Vaccine proponents counter that long-term effects are unknown for most medications Americans take regularly; that unlike many meds, exposure is not daily; that there have been extraordinarily few serious side effects thus far (according to official tallies); that most doctors have been vaccinated; that neither Moderna nor Pfizer use cell tissue derived from abortion for cultures in production; that currently serious cases (hospitalizations and ventilators) are greatly due to the unvaccinated (more than 98 percent); that breakthroughs are rarely severe enough for hospitalization; and that the lives thus far saved preclude other concerns. They point to the fact that local hospital ICUs are overflowing with covid cases, not with those suffering the alleged (and, they argue, often unverified) effects of vaccines.

On a daily basis, we get articles like this. Or this (“Mississippi State health officer Dr. Thomas Dobbs said one hospital in the state saw four pregnant women who hadn’t had the shot killed by the virus. Three of those women underwent emergency cesarean sections to try and save their babies, with those infants born severely premature.”) There is a constant drumbeat of those who, on their deathbeds, urge others to vaccinate (as they did not).

On the other hand: there are stories like this. (“Nursing Baby Dies Of Blood Clots After Mom’s Pfizer Vaccination”). Or this (on the government’s site for side effects). Granted, there is only one other known documented case of that particular effect (out of more than 207 million who have received at least one vaccine shot — at least, according to the government). But still, it gives one pause. 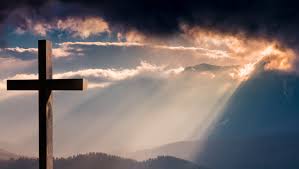 This is a personal discernment. While generally “anti-vax,” the current pandemic is such — and the variables so “whipsawing” — that it has led us to believe that personal discernment through the Holy Spirit is the only real guidance. (Beware those who present themselves as having the whole picture.)

Beware also politicizing it, even subconsciously. These days, everything but dish detergent is a hot potato. The idea of secret control is something that is well-taken: it can be argued that forcing people of whatever nationality to do things like vaccinate, lockdown, or even wear masks is a “prep” for great future control by elite cabals. On the other hand, a huge study out of Bangladesh has shown what proponents of restrictions are touting as final, conclusive proof that masks reduce infection. The study encompassed roughly 350,000 people in 600 villages. There was a similar controversy over masks during the 1918-1920 pandemic.

Meanwhile, is the pandemic or isn’t it the result of a laboratory release?

We continue to believe it probably is. But, again, whipsaw. On the one hand, there are the strange effects: This is a virus more than 18 times as deadly as average influenza — not exactly ebola, but also not insignificant. One of every 510 Americans thus far has died from it (compared to an average flu toll of 36,000 a year). Indications are that some covid patients suffer for months or more (thus far, in certain cases, more than a year) from shortness of breath, heart arrhythmias, kidney problems, liver damage, and for that matter even blood-clotting at a higher rate than any tallied for vaccines (or so says the government).

Is it too early to tally the vaccine effects?

Back to the lab (and more whiplash): on the one hand a National Intelligence Assessment recently came back with a report saying it was unable to tell if the virus leaked or was otherwise generated from a laboratory or simply transmitted zoonotically (from wild animals. On the other hand: we see a new report based on a Freedom of Information request showing that research at that Wuhan Institute for Virology’s famed Shi Zhengli was snooping around in bat caves for years. As long ago as 2004, her team collected samples from 408 bats across China.

“It was tough work. Shi and colleagues crawled on their stomachs through narrow caves, she recounted in a speech in June 2018,” says Yahoo. “They caught bats with nets, releasing most of them after taking samples, and occasionally taking a few bats back to the lab.”

Are you going to claim there isn’t the chance that a bat bit one of the researchers, or got away, into the area of Wuhan, or bled on someone who walked out of the lab? (It is already known that several years ago bat blood splattered on at least one worker in what has been described by some as a sloppy lab.)

Moreover, these scientists — in China, the U.S., France, and elsewhere — tempt God by using genetically-modified, humanized rodents to develop their new variants (mice or rats born with certain human genes).

This is not only repugnant but a welcome mat for devastation.

It judders the spiritual landscape.

Worse, of course, is if — as is also a distinct possibility — the bizarre effects we are seeing — and the transmissibility — it is because a virus manipulated in “gain-and-function” research escaped (that’s when incredibly misguided labs mess around making a virus worse to see how bad things could get — and even get money from government agencies in various countries such as Dr. Anthony Fauci’s National Institute for Allergies and Infectious Diseases).

When they mutate, most viruses lose “function” (become less damaging and transmissible).

That’s the opposite, especially with “Delta,” and perhaps soon will be also the case with the “Wu variant,” from what we’re seeing. That latter mutation may be more transmissible and resistant to vaccines than even Delta. (The cases are still small but it has been logged in forty-nine states).

Perhaps most mutations have made it a lesser threat but it’s that there are simply many more mutations in the pool due to the worldwide number of cases, allowing a few, like Delta, to get worse and rise like a sea serpent.

The intelligence assessment says the coronavirus wasn’t from a bioweapon.

We hope not, while not entirely discounting that.

If it is synthetic: is that the reason for its weirdness and why in many people (often those with pre-existing conditions) the immune system struggles so mightily against it?

It is a very weird virus.

And its ultimate trajectory remains, as from the start, unknown.

We are left alone, unless we are with Jesus, with Whom we are anything but alone or helpless if, instead of quarreling, we listen for His guidance.