Dear Holy Father, we believe in obedience here. We take that lesson from innumerable saints. We look at Saint Padre Pio — who was totally obedient even to a homosexual bishop who had stripped him of his priestly duties (growing angry at anyone who criticized the bishop who was persecuting him!).

We understand what Scripture says: that obedience is greater than sacrifice (1 Samuel 15:22).

And we listen closely as even arch-conservative Cardinal Robert Sarah of Africa last week warned that criticism of you, of the Pope, places a person “outside the Church.”

As they say (at the end of the day, to fall into cliche), “we get that.” We honor you as the Supreme Pontiff. You have many incredible gifts!

But something has to be done, Holy Father. Forgive us for saying this. There is too much laxity — if that’s the word for it — at the Vatican. Openness is great and in the tradition of Christ but allowing in any form of darkness (including pagan symbols) is not.

In fact, overall, you’re moderate. Sometimes “liberal,” sometimes “conservative.” We remember all the criticism of John Paul II for his ecumenical events at Assisi. The chief of your order, the Jesuits, recently said he didn’t believe in a literal Satan — that the devil is a symbol! We know you believe otherwise — that you have mentioned the devil on numerous occasions, more frequently than your predecessors. When one looks at it closely, “liberal” is not always an accurate term for you. You are seeking to act like Jesus did, and in so many ways, succeeding. The Holy Spirit chooses Pontiffs. We also understand that the best weapon against evil is love, along with humility, which you preach constantly. Nonetheless, tolerance in the name of love can go to an extreme. It can open a crack, through which the smoke enters, through which we are smudged, through which there is murkiness, through which we struggle due to sterility. 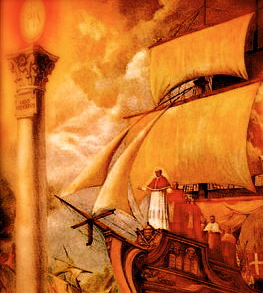 We never criticize priests, bishops, cardinals, let alone Popes. We also are aware that while you were loudly condemned for a document that seemed to pave the way for the divorced receiving Communion, you thus far have not given any such authorization (despite all the hullabaloo) for that to be done; we realize that while some interpreted what you have said as a green light for homosexuality, you have clearly pronounced homosexuality, especially gay marriage, as wrong; we realize that many issues for which you have been excoriated have fallen by the wayside. Meanwhile, there already are married priests in the Catholic Church (Anglican converts and Eastern Rite).

You have done tremendous things. You have tried to walk as Christ did — among the sheep, amid the poor, ministering to the marginalized, speaking against the rampant materialism. That has been crucial in our times. But words count and sometimes words spoken during plane rides in particular have not redounded to the Church’s or your benefit, Holy Father. Pro-lifers were wounded and became your enemy when you said that good Catholics didn’t have to breed “like rabbits” (on the plane ride back from your first pontifical trip to South America). Others were taken aback when the media (admittedly taking your remarks out of context) made it seem like you didn’t care if someone committed sodomy (“who am I to judge?”). On the jet back from former Yugoslavia, you made negative remarks about Medjugorje (though you subsequently okayed official pilgrimages there, causing a surge of the devout there). Now, there is the Synod on the Amazon. It involves much more than allowing married priests (in remote territories where no priests are available). It has to do also with the needy people and devastating ecological crises in that region. As far as celibacy, our guess is that nothing definitive will immediately come from it but that there will still be controversy. That’s the sport of our time: grab the nearest throat.

We realize, with the Pachamama thing, that turning the statues away would have insulted Indians you are seeking to keep in the fold. But could not something have been done behind the scenes to dissuade a public presentation of paganism?

It may be time to more fully connect with the many loyal traditional Catholics (among whom we number) out there.

They are largely the ones — the conservative Catholics — who attend Mass each week.

They are the ones who hitherto have kept the Church from falling apart.

[Feedback: “I would appreciate if you could allow your readers to ponder these three truths: Pope Francis has recently done more for Medjugorje than previous Popes, even more than the  great St. John Paul II who was Pope for 24 years of the Apparitions… There are married clergy in the Catholic Church at the moment, allowed by Pope Benedict (Anglican ministers who converted)…. God chose a Jesuit to be Pope…Best Regards, Mary Lehane, Ireland]