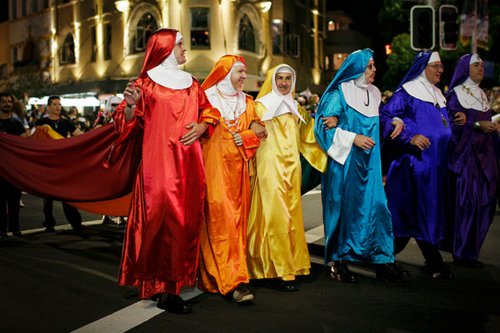 Every year we are forced to witness and comment upon the decadence, and every year, it seems to proliferate and intensify.

The “it” involves all those pre-Lenten festivals and strepitous Mardi Gras-like events around the globe.

One studying the moral propensities of Babylon will see how well the modern world mimics its open debauchery. (And blasphemy. And idolatry. )

“It’s the devils who come marching in when Martinique revs into Carnival mode, a pre-Lenten celebration dedicated to all things mischievous,” we are informed by National Geographic. “Five days of parties and processions ensue, and dressing in drag for mock weddings is the norm. Shrove Tuesday is Red Devils Day, when red-and-black costumes are donned for a fiendish parade through the streets of Fort-de-France. Carnival culminates with Ash Wednesday’s symbolic mourning of King Carnival, or Vaval, whose effigy arrives at a funeral pyre via a parade of floats and dancing she-devils.” 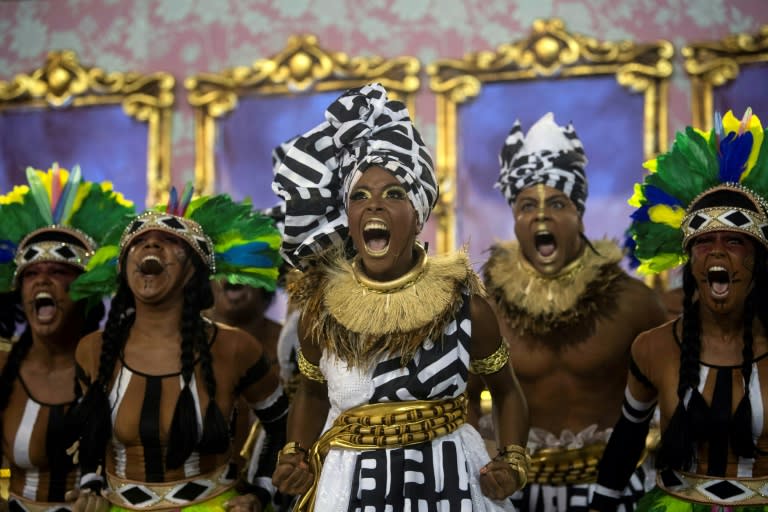 Devils, at the beginning of Lent. Please hurry with the exorcism of ashes!

Trinidad, France. Tobago. In Greece, the Patras Carnival takes its inspiration from ancient Greece––in particular, Dionysus, the “god” of wine (certainly not the Precious Blood), hearkening instead to the Altar of Zeus and, further back, in Babylon, the god Marduk at the Ishtar gate. Occultism meets lust meets insobriety seem to be among the pre-Lenten themes. How the devil indeed tempts — and not just in the desert. (Throw in a little gluttony and idolatry and exhibitionism as well.)

Among the most lascivious: that carnival in progress in Rio de Janeiro, Brazil — ostensibly a Christian country. Weird and then a bit more than weird. (Someone get that alien off her back.) 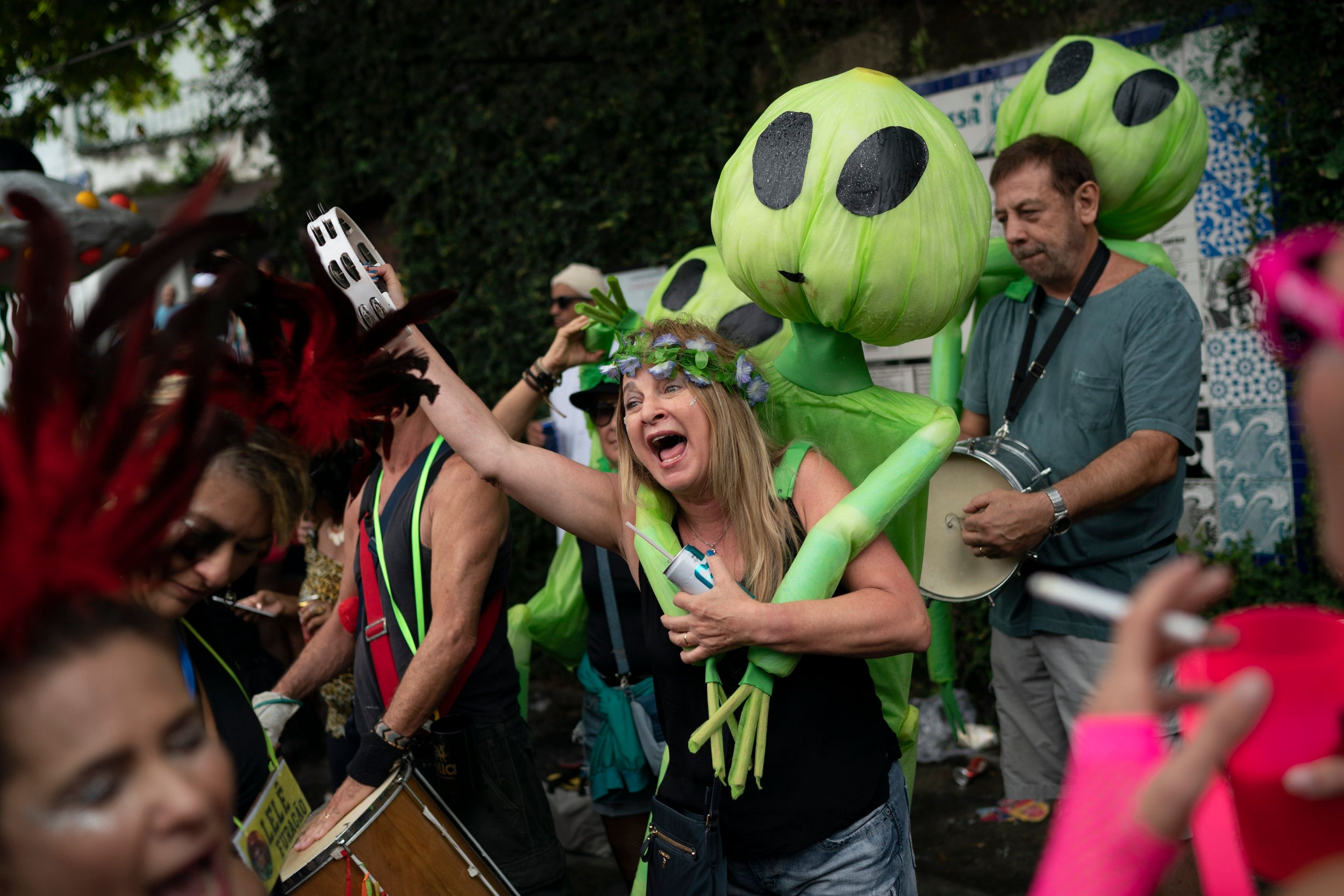 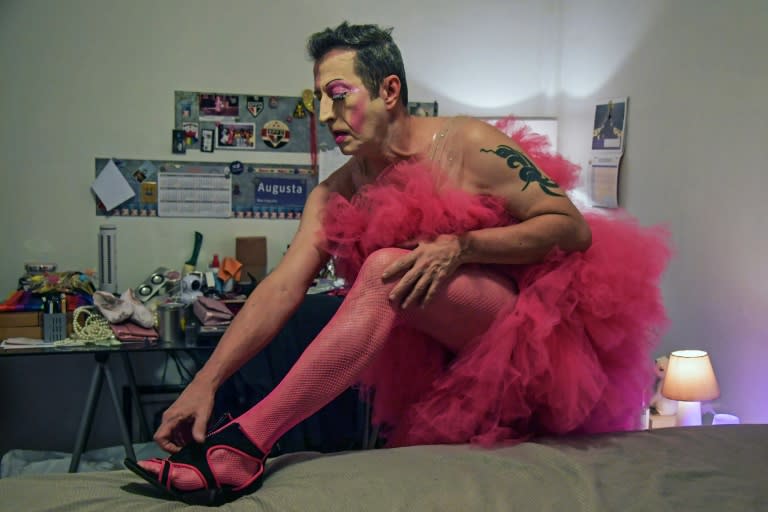 “This kind only comes out through prayer and fasting,” said Jesus (Mark 9:29, though they now have removed the “fasting” part).

The spirit moves across religions. Last Friday, reports Associated Press, “Hindu holy men were joined by devotees and the public Friday at a revered temple in Kathmandu where they lit up marijuana cigarettes during an annual festival despite prohibition and warnings by authorities. Hundreds of police officers patrolled the forested area around the Pashupati temple, which was crowded with cannabis smokers celebrating the Shivaratri festival.” Spirits know what time of year it is. 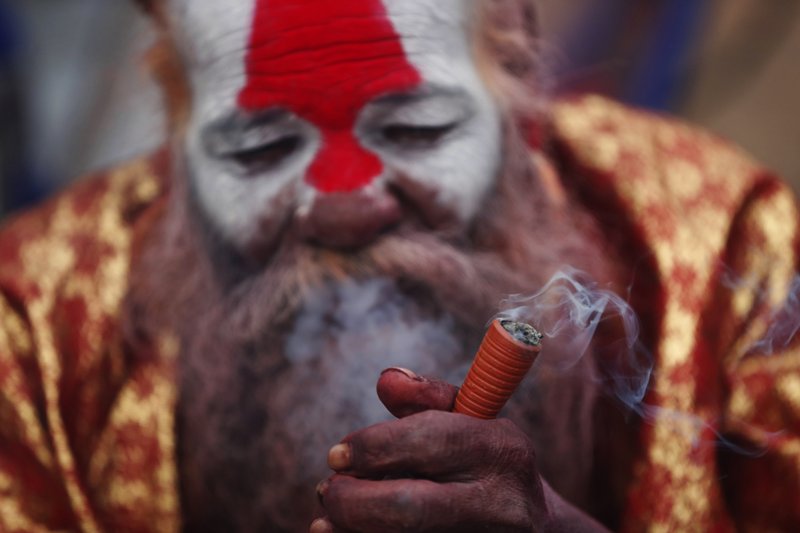 A lot of it is just bonhomie. Good natured. No offense intended(?). Fun. That much is given.

In Las Vegas they didn’t even wait for Fat Tuesday. The revelry was attached to a Democratic debate! 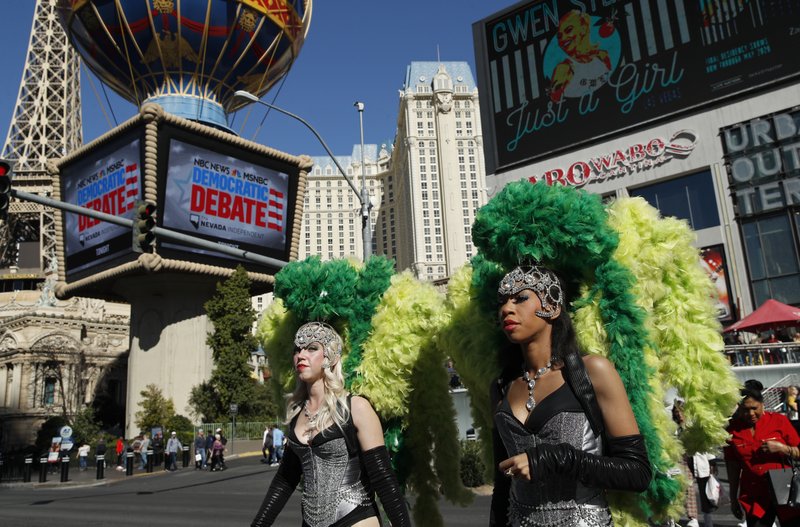 In Venice, the flamboyant Venetian Carnevale originated, notes the magazine, “in the 13th century and reached a decadent peak during the Renaissance. Although rooted in Catholicism, the Carnival has always been a secular extravaganza, an excuse for Venetians to act out their fantasies behind the anonymity of disguise.” This year it has been cancelled due to coronavirus. Meanwhile, in New Orleans, two deaths already during Mardi Gras.

It is perhaps not surprising that a symbol for Mardi Gras is the “Bouef Gras”… the fattened bull. (Do we make anything out of the fact that the bull is the Old Testament symbol of the demon-god Baal, 1 Kings 12:28,19:18; Exodus 32?) 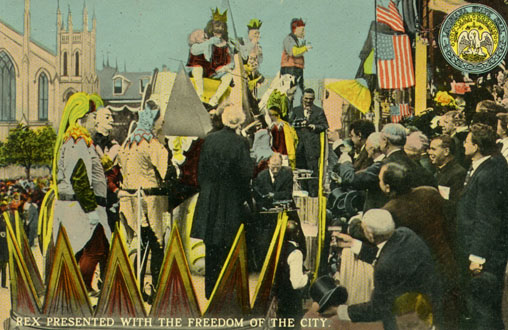 Not that it’s at all recent. Back in 1835 a writer named James  R. Creecy wrote about Mardi Gras, saying, “Human bodies are seen with heads of beasts and birds, beasts and birds with human heads; demi-beasts, demi-fishes, snakes’ heads and bodies with arms of apes; man-bats from the moon; mermaids; satyrs, beggars, monks, and robbers parade and march on foot, on horseback, in wagons, carts, coaches, cars, etc., in rich confusion, up and down the streets, wildly shouting, singing, laughing, drumming, fiddling, fifeing, and all throwing flour broadcast as they wend their reckless way.

“In 1956 21 businessmen gathered at a club room in Florida French Quarter to organize a secret society to observe Mardi Gras with a formal parade.”

That’s a pretty good description of what transpires in Louisiana, perhaps the nation’s most intensely Catholic state (great folks there!) and Mississippi during Mardi Gras — some of it just plain fun, some of it much darker. 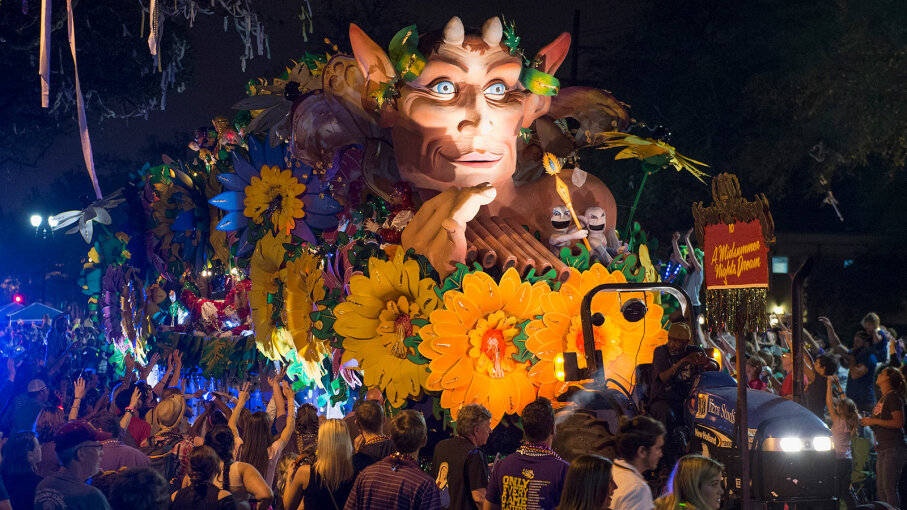 “Neither be ye idolaters, as were some of them; as it is written, The people sat down to eat and drink, and rose up to play … Ye cannot drink the cup of the Lord, and the cup of devils: ye cannot be partakers of the Lord’s table, and of the table of devils.” —1st Corinthians 10:7,21