Charles Manson, the most famous killer in U.S. history, is back in the news, this time due to hospitalization in a California prison, where he has spent more than four decades for the horrific Sharon Tate murders (in the strange year of 1969).

Manson’s now 82, but he’s still considered incorrigible, cited more than a hundred times for various serious violations in his time behind bars. He is still, it seems, the same old Charlie Manson (with that surname that seems to reverse the “Son of Man“).

With his history — his murderous inclinations — with the way, a la Hitler, he controlled people, those eyes, one can wonder whether he is  “sociopathic” or simply possessed (as in “exorcism”).

The answer is that he is at least severely infested by demons. It is perhaps time, in this country, to start calling evil what it is. (He may even be a case of what Malachi Martin called “perfect possession,” whereby a demon is in full control; whereby the evil spirit is the personality).

God knows. It’s not to judge him. But those who have met him have spoken of the truly dark and awful gravity (“charisma”) in and around him, and there have always been accounts of what seemed like preternatural abilities. 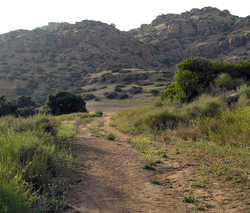 At the Spahn Ranch near Malibu where he and his “family” lived, it was said Manson once went over to a bird that was dead and waving his hands over it or touching it revived it, causing it to fly away.

Was the bird simply unconscious — coming to when he startled it?

It’s said Manson had occult powers, practicing drug rituals, sexual magic, and reverence for nature spirits. He was linked to a satanic church called “The Process,” and well-read in Scientology. One of his followers, Susan “Sadie” Atkins, was a follower of famed satanist Anton LaVey in San Francisco.

Actor Jeff Fenholt, star of the Broadway hit Jesus Christ Superstar, but later a “born-again Christian,” recounted a meeting he had with Manson in prison when the killer contacted him and wanted a visit because he was “an old fan of mine.”

“So I got in to see Manson. They locked me down in this little cell with no windows and when I got in there with Manson he turned and he looked at me. He had long, greasy hair and a beard and fingernails about this long and the swastika tattooed to his forehead. He turns around and looks at me and he came walking over and stuck his face up in my face and his eyes got like a snake’s and he said [in a low, growling voice] ‘Why are you here to see Charlie Manson?’ I’m looking at him and at first I have to admit it hit me and I felt this oppressive thing, the devil trying to establish territory. So I thought, ‘Praise the Lord Jesus Christ, I’m not taking this from the devil or anyone’ and [the voice again] goes, ‘Why are you here to see Charlie?’ And [in the same voice] I said, ‘I come in the Name of Jesus!'”

The oppression fell away.

In the bestseller Helter Skelter by lawyer Vincent Bugliosi, who prosecuted Manson, there was a point during the trial where Bugliosi looked to see what time it was and saw that his watch, just as suddenly, had stopped.

When he looked up, Manson was staring at him and the watch, smirking. Bugliosi was plainly spooked by the event.

“I come in the Name of Jesus!”

We have a chance, our nation does, to recover from the evil of the Sixties, but only if we begin to pronounce those same words.

[Michael Brown is currently at work on a book about the U.S. and its “final chance.”]