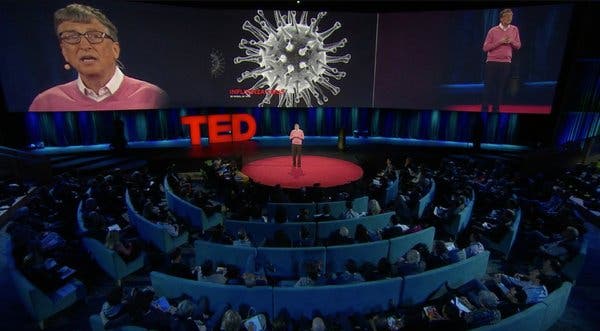 It could fade away, like the seasonal flu — corona. It could linger, sprouting here and there in a way that keeps it at the top of the news for at least the rest of the year. There could be resurgences — wave after wave, with mutations that make it worse, which is the most dreaded scenario, until there is a curative or a vaccine.

Which brings us — that word “vaccine” — to Bill Gates.

For when it comes to vaccines, no name is more associated with them, and to listen to public perceptions, he is either the greatest philanthropist of modern times for his promotion of good public health or an advance man for the anti-christ.

To be fair, William Gates, at times the richest man in the world, is a person who should be lauded for turning his focus away from the sheer accumulation of wealth to using his many billions in doing what he thinks (emphasize “he thinks”) helps humanity. Although sometimes misguided, the motive seems there. He is extremely knowledgeable when it comes to epidemics and has fought hard to stop them around the world. It’s nice to see a multi-billionaire who cares about something other than money.

Let us also note that his wife is a practicing “Catholic.” Occasionally, Gates even attends Mass with her. Is he Christian?

In a 1995 interview with PBS’s David Frost, he said he believed in the values derived from religion, though not the “ritual” itself. “I’m not somebody who goes to church on a regular basis,” Gates said. “The specific elements of Christianity are not something I’m a huge believer in. There’s a lot of merit in the moral aspects of religion. I think it can have a very, very positive impact.” The following year, he told Walter Isaacson for Time magazine that he found organized religion to be a waste of time. “Just in terms of allocation of time resources, religion is not very efficient,” he said. “There’s a lot more I could be doing on a Sunday morning.”

Read here how Bill and Melinda in effect want to insert Western immorality into the culture of Africa.

Besides their promotion of birth control and abortion (which is why “Catholic” is in quotes), Bill Gates has a thing about control.

And this can be dangerous.

That propensity — for being society’s self-appointed nanny — has been evident for decades with the mega-company he founded, Microsoft.

After forging a near-monopoly (whereby one cannot buy most computers without his software), he forced those using that software to accept his company’s direct meddling with their personal devices. Microsoft updates computers; interrupts work; restarts computers; sometimes crashes them; whenever it feels like it. Comes right into our homes.

Now, Gates is talking up vaccines and how, due to the coronavirus, everyone should be mandated to have a vaccination, once a vaccine is available. If vaccines are necessary, that is not something which Gates or any other private citizen (or international agency) should oversee. It is an issue for U.S. and state health departments.

You can read this if you want to see how Gates has tested experimental vaccinations in the past, allegations brought by none other than Robert F. Kennedy’s son: that in his pursuit of various vaccinations, Gates has had them tested on poor people in the outbacks of the world who in some cases died because of the injections, as if guinea pigs.

Is that intentional? There is no evidence for such, and those who accuse him of trying to use vaccines to nefariously cull the population — kill off millions — need to be careful. Some cite a quote from a CNN interview in which Gates once said, “Over this decade, we believe unbelievable progress can be made, in both inventing new vaccines and making sure they get out to all the children who need them … We only need about six or seven more — and then you would have all the tools to reduce childhood death, reduce population growth, and everything — the stability, the environment — benefits from that.”

The way it was phrased made it sound like a slip of the tongue — that he was admitting an ulterior motive with vaccines: population reduction.

It was not a slip of the tongue. He said the same thing on at least one other occasion, during a TED Talk. His point was that when there is vaccination, there is less death in impoverished families in many parts of the world, and when fewer of their young die, these people don’t feel the need to have as many children (compensating for those who may die). Counterintuitive though it is, studies he cited showed that saving children from disease reduces the population, which he believes is necessary. It is not as if he wants to spike vaccines to wipe out millions.

But to an extent, the cynicism is understandable. There have been suspicions for decades, particularly with the Rockefeller Foundation, that certain vaccinations were surreptitious ways of tamping down population growth (by including ingredients that reduced female fertility).

That concern — wild on the surface — may spring from quiet sterilization programs in nations like Brazil and claims by authors such as F. William Engdahl that the Rockefeller Foundation funded a program to develop a vaccine that caused abortions in the early 1990s “when, according to the Global Vaccine Institute, the World Health Organization oversaw massive vaccination campaigns against tetanus in Nicaragua, Mexico, and the Philippines.”

The vaccine reportedly included something called hCG — a hormone critical in maintaining a pregnancy. A Roman Catholic lay organization, Comite Pro Vida de Mexico, investigated and found that combined with a tetanus vaccine, the hormone caused a woman’s body to turn against both tetanus and the crucial hormone, rendering the woman incapable of maintaining an unborn child. The vaccine was given only to women of child-bearing age — not to men or children.

As the Washington Post reported six years ago, “The Kenya Conference of Catholic Bishops and the Kenyan Health Ministry are locked in a heated battle over the safety of a tetanus vaccine that’s being administered to women in the country. Although the government, UNICEF and the World Health Organization have all said that the vaccine is safe, the country’s Catholic leaders say they have proof that the doses given to Kenyan women since March are ‘laced’ with a fertility-inhibiting hormone.

“That accusation, which was made in a public statement last week, carried the signature of about two dozen Kenyan Catholic leaders, including Cardinal John Njue, the archbishop of Nairobi. The controversy has since been taken up by the Kenyan parliament.”

That however is not proven. In fact, those who want to cull the population, it could be argued, would not want a vaccine. Prince Philip of England, a proponent of population control (and Bilderberg member) once famously said, ““If I were reincarnated I would wish to be returned to earth as a killer virus to lower human population levels.” Was he just joking? (Ironically, his son Charles was recently infected with the SARS-coV-2.)

Vaccines are one thing.

Mandating them is another.

Worse still: Gates and others have mentioned the potential need to set up a registry: to make folks carry a certificate — perhaps a “digital certificate” — stating that they have had the coronavirus vaccination or harbor anti-bodies from already having had it, if they want to be full citizens of this society and go back to work or any kind of normal life.

This beyond question steps into the realm of Big Brother.

And going beyond even that, there are those who propose — and of course Microsoft would be only too happy to oblige the technology (as would Facebook and Apple and Amazon) — that when a person receives such a vaccine, instead of cumbersome physical paperwork, they be imprinted with an “invisible tattoo,” a form of microchip, authenticating that they have been vaccinated and are corona free. We are hearing the term “contact and trace” much these days, by public officials. 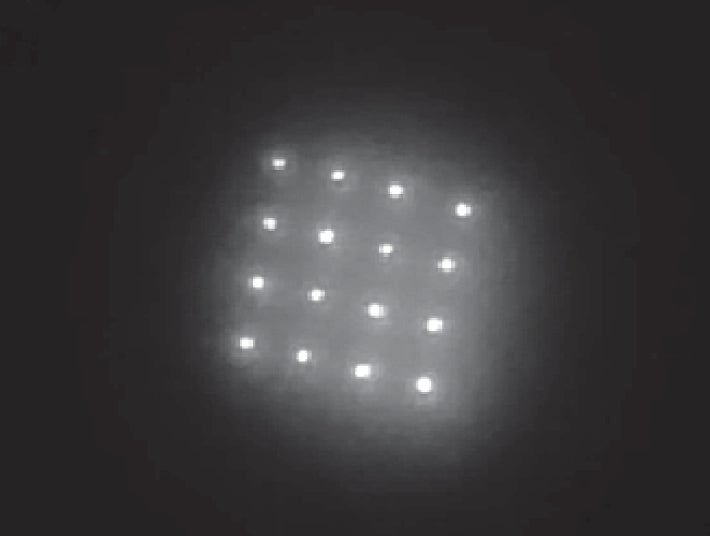 Reports Scientific American: “Keeping track of vaccinations remains a major challenge in the developing world, and even in many developed countries, paperwork gets lost, and parents forget whether their child is up to date. Now a group of Massachusetts Institute of Technology researchers has developed a novel way to address this problem: embedding the record directly into the skin.

“Along with the vaccine, a child would be injected with a bit of dye that is invisible to the naked eye but easily seen with a special cell-phone filter, combined with an app that shines near-infrared light onto the skin. The dye would be expected to last up to five years, according to tests on pig and rat skin and human skin in a dish.”

This quickly takes us to the mark of the beast or something akin to it.

This makes all that “far-out” prophecy of years ago seem far less far-out.

Mr. Gates, do good, but rein yourself in. Donate to great causes. We can think of many. Continue to donate to the alleviation of hunger. Donate toward those who medicate curatively. Donate to preservation of nature. (If only you would donate toward Church and pro-life causes, also.)

But please don’t think, just because you did somehow manage to control so many computers — hundreds of millions of them — that you can now likewise control and manage human beings — that you know better than anyone else, because you are a brilliant tech and have mountains of money.

You may have good intentions. But they carry the risk of tyranny. There are those in deliverance who warn that the spirit of control is as the spirit of witchcraft.

And it reminds us of a word of knowledge back in 1990 that said after chastisements and a societal breakdown, “The anti-christ will be on earth trying to affect the new world order. Hardly anyone will notice the extent of his influence until afterwards. He will not be of tremendous visibility until he is accomplished. That is to say, he will not rule, control, and be at all obvious to the world at the peak of his influence. He will not be unlike a figure such as Marx, except his ideas will be more immediate.”