We heard much, this week, about Mardi Gras, that annual celebration, in cities like Rio and New Orleans (but also others) that grants a last big splash before Lent. “Fat Tuesday” is the height of it, or supposed to be. There’s nothing wrong with some fun. In fact, celebrating life is great. But is it really related, any longer, whatsoever, to anything Catholic? How many who overindulge on Fat Tuesday partake in the sacrifices of Lent? And more to the point: what about the stark underside of Mardi Gras — the demonic element? 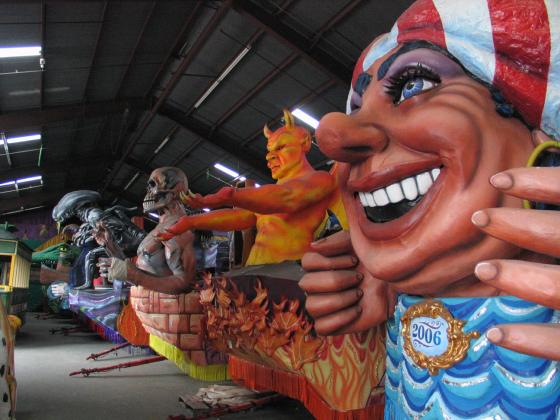 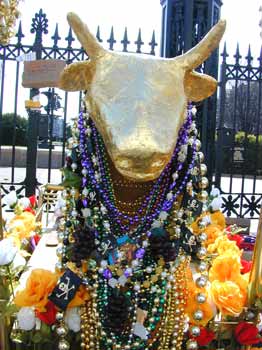 It is better described, too often, as the devil’s shot at Christ before the great Forty Days leading up to the greatest miracle in history (His Resurrection).
†
One example, of the revelry, from Spain, as reported by The Local:
†
“A bishop in the Canary Islands said the drag queen [top] performing as the Virgin Mary and Jesus on the cross was “even more upsetting” than the Spanair plane crash in which 154 people died. A drag artist who was crowned carnival queen in Las Palmas for a performance that saw him dress up as the Virgin Mary and then Jesus on the cross has sparked an almighty row. While the audience at the carnival celebrations on Monday clearly enjoyed the show that saw Drag Sethlas – a cross-dressing performer whose real name is Borja Casillas – perform as the Virgin Mary to Madonna’s hit Like a Prayer, it didn’t go down too well with the Catholic Church.”
† 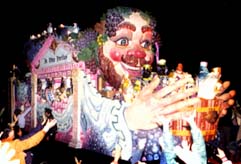 Nor should it — “go down well.”
†
In New Orleans, there are often those costumed comically (and sometimes explicitly, and blasphemously) as nuns and priests.
†
The “joker” is prominent, and it causes a bit of a spiritual chill — that face.
†
Who is it laughing at? Who is it mocking? Is it just fun and games?
[see also: The mystic underside of Mardi Gras]