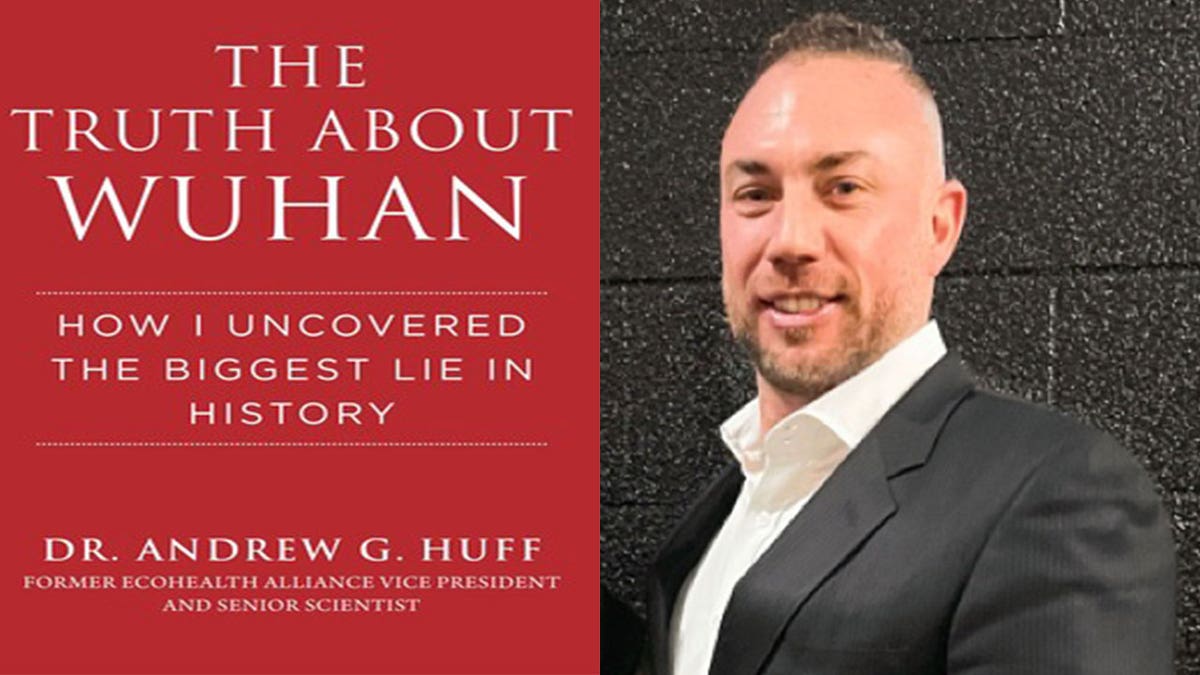 An irony it is that, while covid is again on the increase in various spots of the world, including the U.S. (at least, a “milder” version of it), and hospitalizations are up — and new variants are evading vaccination — the greatest recent surge has been in the nation that first gained the stage in the pandemic, namely China. This massive nation is ground zero again.

Under pressure to lift its draconian restrictions (millions confined to their apartments), the virus has now exploded there, overwhelming hospitals and (macabrely enough), overtaxing crematoriums. Up to a million people could die from the virus in the coming months, according to startling Chinese projections. Low immunity — due to poor vaccination rates and a lack of previous infections (natural immunity) —is thought to be driving the wave.

Chinese officials estimate that some 250 million people in their country have caught COVID-19 in just the last few weeks. Approximately thirty-seven million people were infected Tuesday of Christmas week alone.

The concern: that China’s covid chaos could punch the rest of the world back to square one — especially concerning if, among all those millions in China and elsewhere infected, a new super-variant version of the coronavirus forms.

The irony is not just the fact that China was the first nation to suffer an onslaught (starting in late 2019), but that it is also suspected as the virus’s source, with an increasing number of biologists, media, and government officials suspecting that SARS-CoV-2 indeed did escape from a laboratory in Wuhan.

Those suspicions will gain more currency with the change in U.S. congressional leadership and the exit of Dr. Anthony Fauci (who, for reasons his own — more in a moment — fought the notion of a laboratory origin) — along with a new book by Dr. Andrew Huff, once vice president and senior scientist at a non-government New York-based organization called EcoHealth Alliance, which orchestrated and funded research into coronaviruses, including SARS-CoV-2 at the Wuhan Laboratory.

In a book called The Truth About Wuhan, Dr. Huff says he is “angered and saddened” by what he calls “the biggest scandal in the history of the United States,” and while that may be hyperbole (he has a personal grudge against EcoHealth), it may also turn out to be just that, for funding raised by EcoHealth was behind manipulation of coronaviruses — “gain-of-function” research — that, not just at Wuhan, but before that in North Carolina — made them more transmissible and lethal.

In other words, the beguiling range of effects from covid, including lung, brain, and heart disorders long after becoming ill, and sometimes in folks who were infected but didn’t even know it (suffering no overt symptoms), and the way the virus spread like a flash, likely is because it was fashioned by free-wheeling scientists to do exactly those things.

Based in Manhattan, EcoHealth helped fund such research at the University of North Carolina under the behest of a Dr. Ralph S. Baric who pioneered methods to make coronaviruses not just deadlier and more transmissible but also untraceable: what is called a “no-see-um” technology whereby even the most sophisticated technicians can’t trace a bio-engineered virus back to its origin nor even prove — as is currently the case with the virus behind Covid-19 — that it was humanly manipulated. “You can engineer a virus without leaving a trace,” Huff quotes Dr. Baric as stating.

If that sounds sinister, that’s because it is: Little imagination is necessary to project applications of such technology in secret biological warfare, and while the fact that China itself is suffering so much from it — health-wise and economically — points away from the idea that it released a biowarfare pathogen intentionally, Dr. Huff clearly shows that sloppy protocols at Wuhan and elsewhere allowed the virus to go on its devastating rampage.

In short, this man who served high up at the organization that funded precisely this research says that, yes, SARS-CoV-2 did escape from the Chinese lab. And yes, its creation was backed by U.S. money. It was Eco-Health-backed Dr. Baric who at least in large part taught the Chinese geneticists how to meddle with the coronavirus. When he was himself at EcoHealth, claims Dr. Huff, he repeatedly warned and protested that allowing the Wuhan laboratory to handle the technology was a recipe for disaster. That makes the U.S. as culpable as China, for the research funding for Wuhan came initially from the United States Agency for International Development (USAID) and then — more ironic still — from the infectious-disease unit at the National Institutes of Health directed by Dr. Fauci — perhaps explaining his reluctance to accept the possibility that covid came not from wild animals infected by bats, as widely postulated by Chinese and American officials, but precisely the Chinese laboratory to which “gain-of-function” research was farmed when it was prohibited in the United States itself.

A recent Rasmussen Reports poll found that more than two-thirds of the country would favor “a full-throated” investigation into the origin of the virus along with the role Dr. Fauci might have played in the release of the coronavirus (although, in his championing of a natural-origin theory, Fauci is hardly alone; it is also the view — a natural origin — most scientists, who may be fearful of the harm public knowledge of a lab origin would have on viral research, harming funding and the reputation of science in general).

Huff also alleges the Central Intelligence Agency had a hand in early covid research, working at some points with the head of EcoHealth, Dr. Peter Daszak.

And although the pandemic is widely portrayed as having begun around December, 2019 (in China), Dr. Huff says it “likely had been ongoing for at least weeks, if not months” before — raising the possibility that it may have escaped from other labs, for all we know in the U.S., as well, causing under-the-radar illnesses.

If any of it was intentional — and again, not even Dr. Huff makes this assertion — the prospects are chilling. Manipulated in a laboratory, a virus may have unknown features that not only allow a great range of effects on the body (with covid, just about every human system), but for the contagion and lingering aftereffects (“long covid,” currently blamed for heart, brain, and lung disorders in those infected) to last long into the future. At least some of the effects being blamed on vaccines may be stealth long covid. And China’s record gives little comfort. It was suspected of importing what was called Porcine Epidemic Virus into the pork production system in the United States, notes Huff, “potentially as a form of economic warfare, among many other suspicious, nefarious, or unscrupulous activities which harmed Americans.”

Worse still, some of these genetic manipulations are carried forth thanks to “humanized mice” (rodents genetically engineered to carry specific human proteins) and the cloning of viruses. Creepy stuff, and it could create great problems — even apocalyptic ones — if continued.

Dr. Huff says most who work at EcoHealth [staff below] are not evil but “brilliant,” well-meaning scientists seemingly bent, as counter-intuitive as it sounds, on making the world safer. (Gain-of-function theoretically allows scientists to anticipate new viruses that may mutate in the wild, and prepare vaccines for them).

But it is so dangerous that it was banned by the White House in 2014 for use with SARS-CoV-2 (covid) viruses, a ban that was lifted several years ago.

“I could not and would not work with a Communist country that had been stealing our country’s and American corporations’ intellectual property and technology, and I view scientific engagements with the Chinese as a significant national security threat to the United States,” writes Huff.

His main concern, when it came to safety, was that such viruses — which first have to be collected from remote bat caves, before they can be altered — could escape and already have escaped during the capture and transport process, along with sloppy laboratory handling.

Huff says patents and timelines for the coronavirus strongly suggest that SARS-CoV-2 and the mRNA vaccine were “co-developed” by 2013 as pharmaceutical companies that secured the technology sought patents in the event of a future outbreak. Covid gain-of-function research was underway prior to October 2014 at the Wuhan facility, with the support of USAID and EcoHealth. “EcoHealth Alliance developed SARS-CoV2 and was responsible for the development of the agent SARS-CoV2 during my employment at the organization,” writes Huff.

By 2015, a paper warning about the virus had been published cooperatively by the Wuhan Lab, the University of North Carolina, the Food and Drug Administration, and Harvard Medical School, where scientists were worried about the potential emergence of such viruses from nature and sought to blunt any contagion — all the while potentially starting a contagion themselves. The engineered virus was used to test vaccines and monoclonal antibody medications in rodents.

Huff left EcoHealth in 2016 in part due to ethical concerns and personality conflicts. He believes “people working within the U.S. government potentially identified me as a risk to knowing first-hand that the SARS-CoV-2 disease emergence event was a consequence of the U.S. government’s sponsorship of the genetic engineering of SARS-CoV-2 domestically and abroad,” writes Dr. Huff, and details what seemed like bizarre government or corporate attempts to monitor him (if the endless surveillance he asserts, which at times seem paranoic, are true).

He dismisses “numerous crazy theories” about the biological laboratories in Ukraine. He does fret over the fact that “the Soviet Union established Biopreparat, which was a massive biowarfare project that, at its height, “employed more than fifty thousand people in various research and production centers, even though they had just signed the Bioweapons Convention.”

The frantic way Chinese officials initially reacted to the outbreak (and even recently have reacted) might imply that they knew and know things we don’t. Huff suspects that the U.S. Department of Defense was aware of the outbreak before October 2019 and calls it all a “U.S. cover-up of its involvement in the development of SARS-CoV-2, led by Dr. Anthony Fauci.”

Such research is a problem in many parts of the world. Huff says that in 1977, the H1N1 influenza virus — in later varieties known as “swine flu” — escaped in the Soviet Union.

Meanwhile, back in the U.S., anthrax attacks that terrorized America after 9/11 “appear to have been performed by a United States Army Medical Research Institute of Infectious Diseases vaccinologist” who sent around “weaponized anthrax,” he reports.

And so it is that we glimpse into various recent mysteries — what might be at work “under the radar.”

“Whether Ralph [Baric] engineered the final agent or not, it does not matter,” writes the scientist. “What matters is whether the work that EcoHealth Alliance employees performed while Daszak was [connected with the National Institutes of Health] or whether the work performed by any of [EcoHealth’s] partners — Zengli and Baric — contributed in any part to SARS-CoV-2.”

He urges criminal charges against those found responsible.

Does Dr. Huff provide a “smoking gun”? Not quite. Does he harbor a grudge? Perhaps.

What we do know is that it seems increasingly likely the origin of the coronavirus of the type afflicting humanity — more than six million now dead — will soon be shown to have come from a laboratory meddling with nature (especially with new voices in Congress taking the helm) but for now remains a mystery wrapped in a conundrum.