From Forums of the Blessed Virgin Mary [translation]: 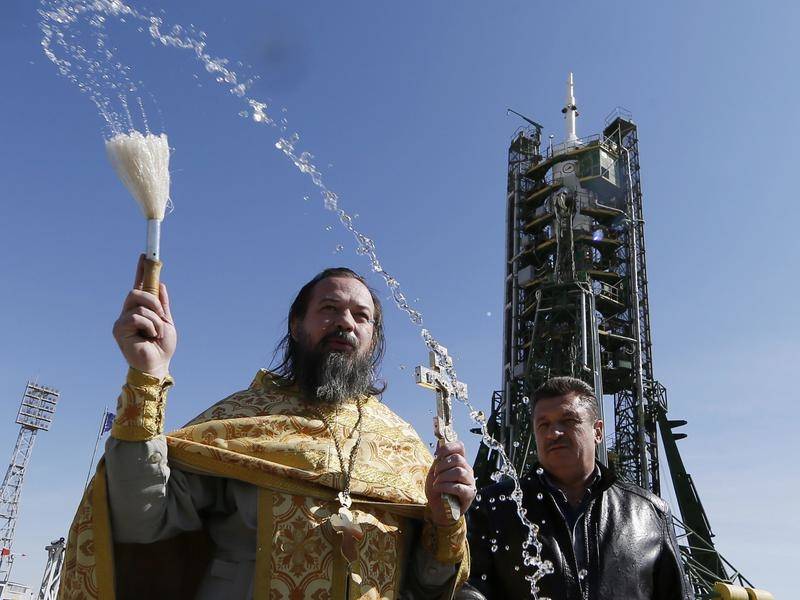 The nuclear priesthood of Russian Orthodoxy.

February 2022 has seen how a nation that calls itself Christian like Russia has invaded another nation, where 85% profess Christianity, one of the most Christian in the world: Ukraine.

And it has threatened the world with using its nuclear arsenal, creating panic in the world.

Many Christians are dismayed because they recognize that Russia today professes much more genuinely Christian moral values ​​than the West, that is, the NATO that Ukraine wanted to join. [SD note: Indeed, although abortion rates are very high — the world’s highest — Russia disdains same-sex marriage, transgenderism, and other forms of immorality common in the U.S. and West.]

But they do not fail to note that an invasion of a much smaller country is a violation of international law.

And the threat of the use of nuclear weapons puts the world on the brink of a holocaust.

Here we will talk about how and why Russia has come to the position of exporting its values ​​by force of war.

And how does this war situation play into God’s plan for the end of time?

To understand Russia’s invasion of Ukraine and the nuclear threat it has posed, you must understand the history of the Russians.

When the Soviet Union disintegrated in 1991, the Russians saw this as a tremendous drama.

How could they reconstitute national morality and its mission in the world?

The Bolshevik Revolution of 1917 had replaced Christianity with Communism as its ideological matrix. And it had justified its imperialism through the Warsaw Pact, exporting the Communist revolution to various countries [as prophesied at Fatima] — in the same way that the defense of Christianity had justified the imperialism of tsars before.

Religion has always been an important axis for the Russians’ national identity and claims to empire, even though it was overshadowed in Soviet times.

We can see this connection, for example, now when President Putin flew the icon of the Virgin of Kazan over the Black Sea on the eve of the annexation of Crimea, which is an imitation of what the Russians have done through the centuries by bringing the Black Madonna to the battlefields to bless the Russian armies fighting the Swedes, the Poles, the Turks, the Persians, the French invaders, and Germans.

Even the atheist Stalin had sent the icon to Stalingrad in 1943, to ensure victory over the German invaders of the Third Reich.

But the truth is that Communism had vanished at the beginning of the ’90s.

And what was the institutional sediment that it left behind?

At that time the two institutions least injured were the Russian Orthodox Church and military forces, especially the nuclear ones, which were the elite forces, better financed and considered. [scroll for more]

But the only one of the two that could provide the ideological basis for the reconstruction of Russia’s sense of mission in the world was the Russian Orthodox Church.

And then there were two parallel processes, one, the integration of the Church in the nuclear-military complex.

Metropolitan Patriarch Kirill said that both the army and the Orthodox Church had been excluded from political life and had a commitment to self-sacrifice.

And thus the Orthodox Church would prove to be the military’s strongest ally in justifying its mission in the eyes of Russian society. [SD note: The Church also was controlled by KGB.]

And so he cleverly inserted himself into the army, a major base of the Russian state, providing unity and support at the time of its greatest weakness, in 1991.

And the other process was the parallel alliance of the Orthodox with the political system to design a national idea, lend it legitimacy and rebuild the power of the nation, which had collapsed when the Soviet Union fell.

This is how the Russian Orthodox Church offered a renewed national purpose, motivating the military and the nation in general. It gave a frame of reference to Russian foreign policy by presenting itself as the main protector of Christianity in the region, beset by apostate enemies — seeing itself as the last bastion of the civilizing force, the Third Rome.

The enemy was the Western bloc that has abandoned Christianity, posing the threat of moral corruption, leading to social and political decline.

To the south, Russia is hemmed in by a number of Muslim-majority nations.

And to the east, it faces two hostile powers, China and Japan, which never adopted Christianity.

Of all these enemies, the one they determined as the main and most aggressive was the West, which they have defined as the antichrist.

Literally considered a satanic force, which destroys the family and perverts youth.

And that is why Russian geopoliticians call Putin the katejon, an Orthodox leader who protects Russia from the kingdom of the antichrist.

And furthermore, history has led the Russians to a certain level of victimhood, feeling permanently under the assault of the forces of evil: Poland, Napoleon, Hitler, the United States, the West, the Islamic tribes on the southern border.

Russians feel that such forces seek to destroy the civilizational core of Russia based on the Orthodox faith.

And this is why Patriarch Kirill warned of the coming Armageddon, saying: “One must be blind not to see the approach of the terrible moments of history that the Apocalypse spoke of.”

Thus was born the myth that defends the Divine predestination of the Soviet nuclear project in the religious site of Sarov.

The Church re-consecrated the Soviet-built nuclear military complex as its own.

Places of worship were built at all of Russia’s nuclear bases.

And the consecration of armaments in the Russian army by Orthodox priests is constant.

And there are permanent calls to provide religious icons for each military installation.

This religious development was more than a tool to inoculate the military against Western influence and psychological warfare, and to increase morale and cohesion.

It was an instrument that gave the country a sense of mission and introduced the conservative values ​​that are cherished in Russia today.

So the system seems to be using the Church to update institutions with a messianic political ideology, which it never ceased to have, but which is now varnished by Orthodox Christianity.

This messianic Christianity is basically run by the Russian elites, some purely for strategy and others who actually believe it.

But it has entered only slowly among the Russian people, who suffered decades of atheist indoctrination.

For example, Russia continues to have twice as many abortions proportionally as the US, even though President Putin has declared himself against it.

Now the point here is whether this messianic Christianity, which has no qualms about threatening its enemies with nuclear weapons, which could expose the world to tremendous devastation, is really the message that Jesus preached.

The doctrine of the Catholic Church accepts the use of war as a form of defense, with its theory of just war.

One just war, for example, was the Crusades, which was an effort by Christianity to take back places in the Holy Land that had been forcibly confiscated by the Muslims.

And although there are abuses in every war, the accessory abuses of war cannot overshadow the criterion of armed justice against the usurpers, when there is no other option.

But faith cannot be imposed by the sword, as Muslims come to accept.

Christian evangelization is based on conviction, on preaching the Word, and not on establishing Christianity by force from the political power allied with a Christian Church. Christians preach the Word and then it is God Who acts to convert.

We Catholics do not consider that it is men themselves who convert, but rather that faith is a gift that comes from above, provided by God.

It is God who chooses us and calls us, and then we can accept that call or not.

This warmongering strategy of Russia, assumed in Ukraine and validated by Russian Orthodoxy in deeds, because it underpinned it, but not expressed in public words spoken outside Russia, because it would distance it far from biblical morality, is something that God has allowed for the purpose of purifying the world.

It is the materialization of the prophecies of Fatima, where Our Lady revealed that Russia is the nation that regulates the punishment of the world.

Just as God mysteriously chose the Jewish people to reveal Himself as the only God and leave us His Commandments, He has also chosen the people for punishment.

So we have to pray for the total conversion of Russia and ask the Pope to consecrate it to the Immaculate Heart of Mary, to lessen the punishment for the sins of humanity.

Well up to here what we wanted to talk about the foundations of messianic Christianity in the warlike actions of Russia and its role in God’s plan.

And I would like to ask you if you think it is reasonable to spread Christian values ​​by force or not, that is, to convert by force, as in some times some Christian regimes have done.

[resources: Witness: to Apparitions and Persecutions in Ukraine]