While there are enormous shortcomings at each end of the political spectrum — potentially dangerous shortcomings (to be objective) — the liberal side presents a suddenly not so unrealistic picture of future persecution.

It may seem gentlemanly. It will not involve incineration at the stake. There will be no guillotines, no lions.

But a “white” persecution (as opposed to a red one) is in the wind. Future years may well see an unleashing of anti-Christian sentiment in retaliation for strong conservative Christian support of the opposition party.

Perhaps of most concern is New York Governor Andrew Cuomo. This is a governor who lit up the Freedom Tower to celebrate draconian abortion legislation allowing a woman to kill an unborn child for any reason up to twenty-four weeks and to the moment of birth if it is to protect the patient’s health (including mental health) or if there is an issue of fetal “viability.”

Now featured as a national hero, he is also a politician who pushed through legislation that has allowed alleged abuse victims from many decades ago to sue the Catholic Church, further damaging its reputation and draining its finances. For a year, his state released any limitations on how far back an alleged such act had occurred when it came to suing a diocese. He seemed to do this with particular relish (despite his Catholic upbringing, and attendance at Jesuit Fordham University, or perhaps because of that).

The bottom line: he seems to have little affinity for — and instead perhaps antagonism toward — Catholicism. What would it be like if he were one day president?

What atmosphere would that create? Let us pray for all politicians, instead of simply decrying them.

In New York City, about one in every three pregnancies ends in abortion. That’s not just under his tenure. But it hardly needs a boost. Does one really have to ponder why, when it comes to corona, the city now finds itself the center of death in that way also?

And what about Cuomo’s statement a couple weeks ago, whereby he boasted that social distancing had reduced the coronavirus cases in New York. As governor of the state that has been by far the most affected by the pandemic, Cuomo stressed that the number of new cases is down “because we brought the number down.”

That tells you what you need to know — and look out for.

God apparently is out of the New York equation.

But on the rise he is. Despite the fact that his state leads the U.S. by far when it comes to coronavirus deaths, and the major city is the world’s epicenter of infection, he is being looked upon by liberals, moderates, and many conservatives as an excellent leader in this crisis. Consider the poll by (Catholic) Siena College, released last week and showing Cuomo’s overall favorability among New Yorkers at 77%. Asked whom they trusted more to make the right decision about when to reopen New York, 78% chose Cuomo while 16% opted for President Donald Trump. Ninety percent of Democrats view him favorably. But 73% of independents say the same, as do a majority (53%) of Republicans.

Nationally, he is also skyrocketing. The current president — whose major strength in large part has been among conservative Christians — is seeing a fall in poll numbers. Among white evangelicals, favorability ratings have fallen to 66% from a high of 77% in March, according to a Christian polling company.

When it comes to antagonism to conservative Christians, there is also Governor Ralph Northam of Virginia. He signed radical new abortion legislation on Good Friday. Was that a coincidence or to press the knife in deeper?

Perhaps a “white martyrdom” is what we need. That’s a martyrdom without blood, but as a website notes, “still facing off against violent hatred of the faith. This white martyrdom consisted in a total offering to God, dying to self, the world, and its allurements.”

We report on, but don’t “do,” politics here. Some things however must be noted.

We get it, Governor Cuomo.

We get it, Governor Northam.

Going forward, it could be tough sledding. 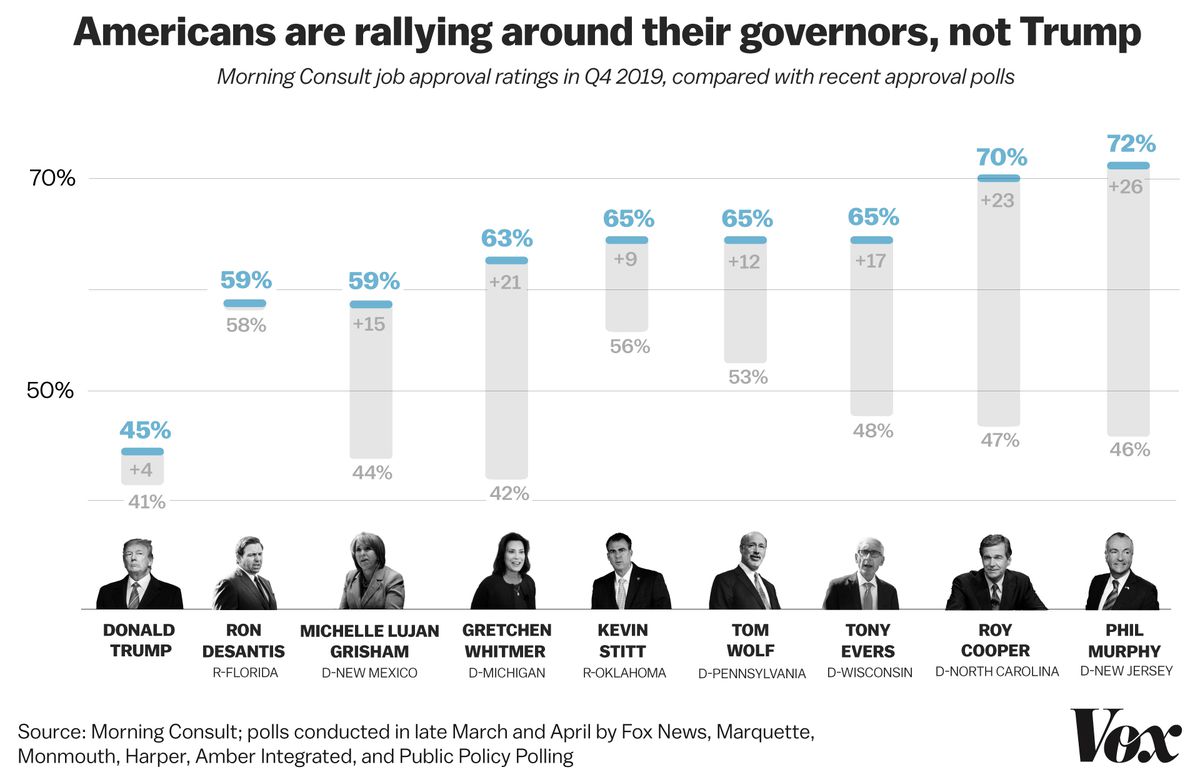