There it was, under names like McGovern and Taddonio, next to a fellow named Adam: Daniel Laurence Smith.

Danny was a “best friend,” a heart friend, who died on September 11, 2001, in the South Tower of the Trade Center. We’ve written about him before, back when he died; gave his eulogy out in Northport, Long Island; found the location of his name through the auto-magic of a Google search, among the thousands etched into the memorial.

Shortly after 9/11, we went down there to pray and attend Mass at a nearby church, Saint Andrew’s near the Brooklyn Bridge, where ironically we once appeared during release of a book, The Final Hour.

Back then, smoke was still rising from the ruins, like entering a war zone right after blitzkrieg. They never did find Danny’s body, but a surprisingly emotional feeling it was, to pay a visit to the Ground Zero memorial, that eerie empty recession with what seems like a bottomless pit-waterfall (as if headed to sheol) in the center.

Not exactly uplifting — and the oppressive feeling of spirits all around.

Excuse the lack of a smile. Immediately nearby, of course, is the imposing Freedom Tower, seeming to reach upward toward forever. Maria Esperanza once said that what would please God would be contrition and a memorial that would be a church for those of all faiths — a spiritual healing center. Instead, like ancient Israel, after destruction at the hands of Assyrians, we defied the event and built another, taller tower.

Sometime, look up the word “tower” in the Bible and see how many times it figures into chastisement. (Isaiah 9:10: “The bricks have fallen down, but we will rebuild…” Then comes more attacks, more chastisement.)

Getting into Manhattan, on Metro North, was an opportune time also to pray for the train full of young people, many of college age, a good number with tattoos and body piercings. They were heading to a “Gay Pride Parade” of an estimated one million marchers. Hillary Clinton also appeared. It seems the “punk rock” motif has found refuge with the rainbow flag. Is some of homosexuality now a fad?

It was always ironic, how there’s an old street in Greenwich Village — the hub of “alternative lifestyles” — called Gay Street — named such long before the term was used to connote homosexuality.

Is this the origin of the term “gay” (homosexuals predominate in the neighborhood) or synchronicity? 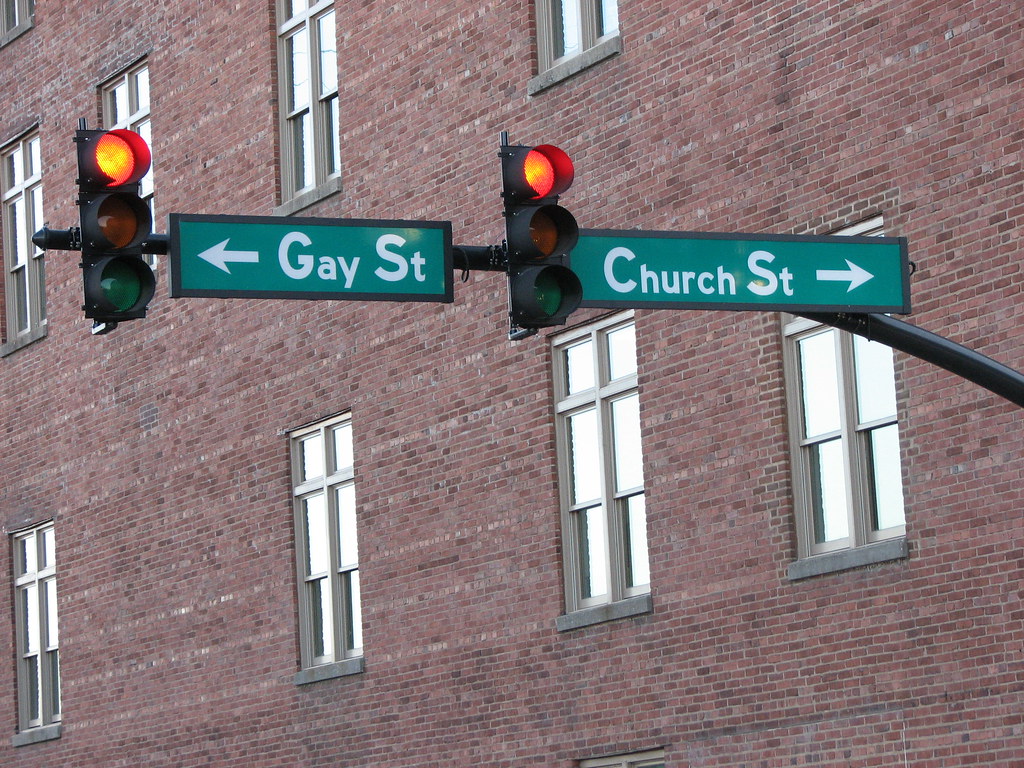 One also remembers hearing and reading about a nightclub nearby that was immersed in things I would not repeat and was called — to keep things in perspective — “Hellfire.” (If Pulse in Orlando was anything like this, one can see how it would be a magnet for evil.)

True love is not coddling or enabling those involved in deception, but admonishing, instructing, and praying for them. The Pope’s recent remarks, to the effect that the Church should apologize to homosexuals and ask forgiveness for offending them (he added that the Church should also ask forgiveness of any groups of persons who had been hurt by Christians who do not live up to the Gospel) was a bit perplexing; though we can always find ways for loving better, we weren’t aware that Christians, who stand by what it says about sodomy in the Bible, had offended homosexuals in any substantial way.

(Now, in the news today, an Air Force colonel fighting adultery charges is charging discrimination against heterosexuals because of the military’s ban on extramarital sex.)

At the same time, one sees the new poor Bruce/Caitlyn Jenner in the news for making the cover of Sports Illustrated, memorializing the fortieth anniversary of Bruce’s incredible victories at the Olympics. This was a very, very accomplished and famous athlete. Now, a woman; now, a mystery; a tragedy. Caitlyn speaks about “still loving” Bruce. (See James 1:8.)

When thinking of the World Trade Center — and now Istanbul — we see that a war — a different kind of war, but a war — has erupted around the world: a world war that was marked, as we noted back in 2001, by tremendous displays of the northern lights after 911, just as an unprecedented display of the aurora was described by Fatima seer Lucia dos Santos in 1938 as the sign that a world conflict (World War Two) was soon to begin.

It is phenomenal how many times factions of Islam have attempted to quash or at least subjugate Christians; a couple of times, they came close to taking over Europe. Is this occurring again? And one last question: while finding common ground with the many good Muslims (Mary asked this at Medjugorje, where there are Catholics, Orthodox, and Muslim — all the same ethnicity but divided by religion); is there something demonic at the very root of the religion that stirs such violence, or is it something, in some places, in the genes?

God’s peace to all; hold onto thy seats.