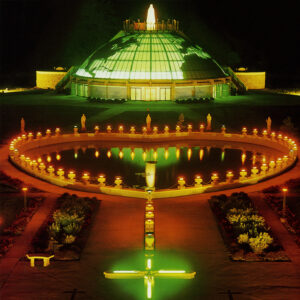 A few items in this potpourri.

And the power of devotions?

After the Pope’s Consecration of Russia, last March, as requested decades ago by Our Lady of Fatima during later apparitions to Lucia (at a convent at Pontevedra, Spain), we decided to begin that other major request of Mary’s during that same revelation: the First Saturdays devotion (Mass, Confession, and Rosary for five consecutive months).

We didn’t plan it this way, but we were in Western New York for a family reunion when the fifth Saturday arrived and decided to complete the devotion at a shrine in Youngstown, New York, where they have Confession before every Mass (and, it turned out, special First Saturday Rosary and processions).

The shrine (above) was:

Our Lady of Fatima!

(And the Grace, at this largest of Fatima shrines in North America, was unforgettable.)

A joy it was to participate in the aforementioned family get-together, after which, the next day, a great-niece had a little birthday party. This photo was snapped of her in the backyard of her grandmother’s house on that special day. (Was Mary telling her something?) 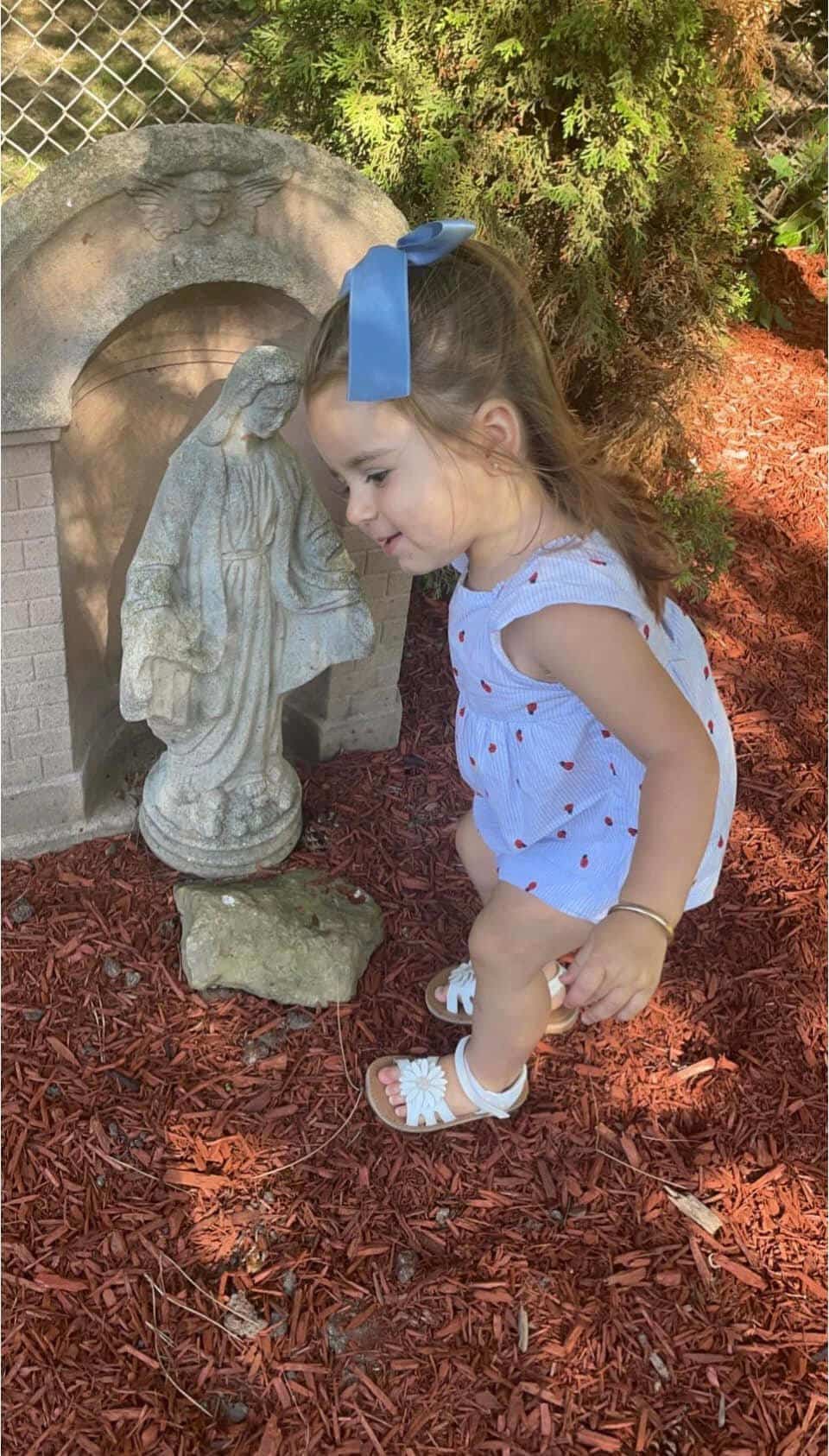 In transit, that same week (via auto), we passed by the general area of Chautauqua, New York. I explained to our youngest daughter that I had once spoken there at what’s called the Chautauqua Institute and how it’s located on a lake directly across from the largest “spiritualist” community in North America (Lily Dale — where just about everyone is a medium, palm reader, or other kind of psychic).

It’s a creepy place, and I recalled how, while there (as a secular journalist, in the early 1980s), I had witnessed one of the worst thunderstorms in my life. The lightning was so proximate and intense that I’d gotten down on the floor and considered shielding myself under my bed.

Later, after relocating to Florida, and driving from Orlando airport (with the same daughter), I witnessed a lightning storm near a similarly small lake next to another community of spiritualists called Cassadaga, which began as an offshoot of Lily Dale!

Every year, on Halloween, they have a bench upon which visitors sit and ask favors of the devil. (Did Satan not descend as a bolt of lightning?)

Shortly after returning from the trip came news that author Salman Rushdie was viciously stabbed in the neck and liver by a man attempting to fulfill a longstanding fatwa by Iran, which in 1989 called for Rushdie’s death for a book of his that they saw as degrading Mohammed. The title of Rushdie’s tome: The Satanic Verses. And the place where he was assaulted: the Chautauqua Institute (on that same stage; oh, this area!)

On another note: Interesting is the “psychological” effect of the pandemic. A state of restlessness, fear of the future, inertia, indifference, and collapse of faith in institutions all appear as a result, similar to post-traumatic stress disorder. Is this — as well as the overheated economy — why it’s so hard to get any employees or hire a handyman or landscaper?

There is also a blatant trend of gouging: everyone everywhere is trying to squeeze all they can while the “getting is good.” (Beware greed.)

In the meantime, equally curious is how a large majority of those polled feel we are approaching or in a recession at a time, yes, of sharp-edged inflation, strange shortages (try buying a car; the lots are empty!), and disruptions even in the delivery of food — but also a time when the unemployment rate is at just 3.5 percent, everyone seems to be driving a luxury SUV, restaurants are packed, and youth have so many job opportunities they can pick and choose and work at one place for a year or two and then switch jobs or take off a month (or a year).

One moment it feels like a recession, the next an unprecedented boom.

Unheard of; counterintuitive; upside-down stuff. A sign of our times.

Back to emotions: Is what the post-pandemic world really suffering from purely “psychological” or is there also a spirit involved (a “demon on the rampage,” one major African “prophet” called it)? Interesting it is to study the great Black Death, which came at a time of tremendous fashion, crime, and commercialism and afterward, saw all too many go back to errant ways.

Everywhere one looks, things are upside down. Good people have been drawn into dark places (with bizarre notions) and people already blinded by the devil are entering yet darker terrain.

The thunderstorms are all around us. Train your eyes only on the “terrain” of Heaven (and she who was assumed there).