We don’t like to do politics here, but on occasion situations arise that warrant a few observations, as is now the case with a candidate who has taken to lecturing Christians about Christianity.

One speaks here of Mayor Pete Buttigieg of South Bend, Indiana (home to the University of Notre Dame), who has taken to quoting Scripture in criticizing conservative opponents, though he is openly homosexual, has married another man, wants to adopt a child (make his “husband” a father), and endorses abortion rights up to the moment — the second — of birth, claiming life starts at the first breath, not conception.

This has drawn a rebuke even from his “brother-in-law,” Rhyan Glezman, a pastor of a small Michigan church who is calling on him to “repent” for invoking the Bible to defend late-term abortions.

“I feel a sense of responsibility and stewardship of my faith to stand up and say something, to say, ‘No, that’s not true,'” Reverend Glezman told the Washington Examiner. “What we see is a modern-day Pharisee. He is a person who’s making up their own rules and regulations and, basically, if we don’t celebrate and endorse their interpretation of Scripture, our religion is fallible. And that’s just not true.”

Admittedly, there is cognitive dissonance everywhere in politics these days, on all sides and at all ends. Admittedly, good points are made that Christians must be careful not to ignore Christ’s teachings on charity, mercy, the poor, and as for the Old Testament, stewardship of God’s Creation. But somehow, when he reads the Bible, Mayor Pete, misses Leviticus 18:22: (“[Men] shall not lie with a male as one lies with a female; it is an abomination” and 20:13, which says, “If there is a man who lies with a male as those who lie with a woman, both of them have committed a detestable act.”

And Romans 1:26-27, when Paul said, “For this reason God gave them over to degrading passions; for their women exchanged the natural function for that which is unnatural, and in the same way also the men abandoned the natural function of the woman and burned in their desire toward one another, men with men committing indecent acts and receiving in their own persons the due penalty of their error.” Meditate on that last part of the sentence.

Mayor, how about this story from today’s headlines? “Hundreds of people gathered in Orlando over the weekend for the Freedom March, an event featuring men and women who say Jesus delivered them from the LGBT lifestyle.

“According to the Christian Post, the men and women call themselves ‘overcomers.’  More than 400 people marched at the event, shouting as they walked, ‘Freedom in Christ. It’s so nice’ and ‘When I say Jesus, you say freedom.'”

But to be forgiven, you must admit you have sinned. The sinner is loved; the sin is not. The mind reels at the notion of two married men as the First Couple in the White House.

Mayor Pete, one assumes you are well-intentioned. You are bright, well-educated (at least in the secular way), eloquent on certain moral issues. You are Episcopalian — mainline Protestant — and one understands that your church now accepts homosexual marriage and even has a lesbian bishop. You can justify your views based on the Anglican-Episcopalian hierarchy.

But back to that conundrum: perhaps you can cite your denomination, but how is it that a candidate  — or a denomination — can claim to value Scripture and yet hold the beliefs you do? The clear answer is that you and it can’t. 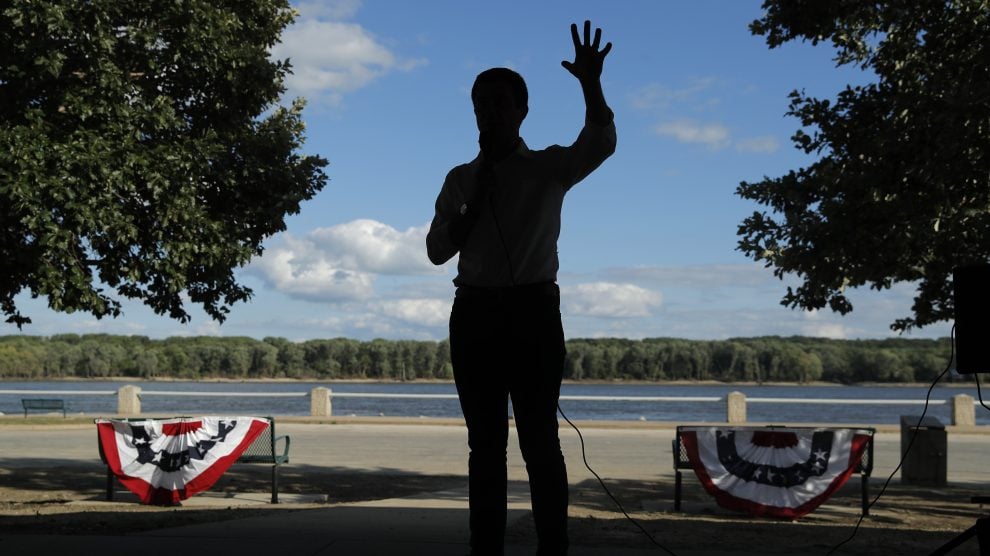 [Next: a New Ager for president?]