We live in a curious time. Many are the puzzlements. Much there is to contemplate. And interesting questions abound, some not readily answered. 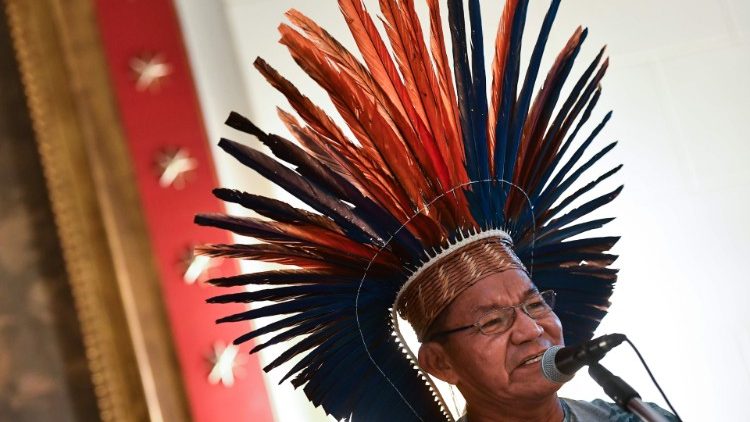 For example, there’s the current Vatican synod on the Amazon. It includes a discussion of whether the Church should ordain married men in remote areas where there are no clerics and none on the horizon. One bishop from Venezuela brought up a proposal we like: to recruit priests for those lacking areas of South America from the “surfeit” (excessive amount) of clerics one sees milling about Rome. Maintaining strict celibacy should be the first goal. And that is why there is such a hue and cry over even discussion of an exception to the rule. Celibacy imbues power. It is like fasting. It is a sacrifice. It is not a luxury.

Curious it is that there was not a similar hue and cry when Pope Benedict XVI decided to ordain married Anglican ministers who convert to Catholicism in 2009. In North America are a number of such betrothed clerics, families in tow.

While celibacy first came into the priesthood in the early Middle Ages, unlike the requirement of a male-only priesthood — which is dogma — celibacy is a regulation (and a regulation can be changed by a Pope overnight.)

Many don’t know that through history, there have also been seven married popes (most betrothed before taking Holy Orders) and in fact though most again don’t realize it, a Pope has only to be a Catholic man elected by the cardinals (he doesn’t even have to be a priest. He can be ordained after that election.) The same is true of a bishop. Curious. The chance of that happening? Approximately nil. Lastly about the Synod: why was there a pagan idol there? Yes, it is nice to be open to various cultures (in this case Amazonian ones), but as pointed out here (by a married Catholic priest!), the wrong symbols bring the wrong “grace.” (By the way, there is more being discussed at the Synod than just celibacy.)

Another curiosity, this more in the spiritual realm: the “feeling of peace.” Can you discern solely on the basis of a feeling?

The other day we heard a Youtube talk by a former Mormon who spoke about receiving false locutions telling him that polygamy was okay — locutions that led him to committing adultery! (He is now Christian.) This convert brought up an interesting aspect of his “revelations” — how, though they were errant, and led him into sin (were from the devil), they had left him, at the time, these revelations, with a “feeling of peace.” That was the standard upon which he judged them. And he was led astray.

His point: we can’t always rely on feelings — even a sensation of tranquility. “The heart is more deceitful than all things and desperately wicked; who can understand it?” says Jeremiah 17:9; “Whoever trusts in his own mind is a fool, but he who walks in wisdom will be delivered adds Proverbs. 28:26. Curious.

At the same time, the Word of God tells us that “the fruit of the Spirit is love, joy, peace, forbearance, kindness, goodness, faithfulness” (Galatians 5:22). Was Jesus not the Prince of Peace?

“He was crushed for our iniquities; upon Him was the chastisement that brought us peace, and with His wounds we are healed” (Isaiah 53:5) and “peace among men with whom He is pleased” (Luke 2:14).

It may not be foolproof, but the feeling of calm is not a bad indicator!

No peace is there in our cultic times.

Cults have formed around everything (and everyone), on all political sides.

Very curious. Look, for example, at the cult of abortion: why on earth would otherwise good men running for office embrace even the hideous practice of late-term abortion — and even when it is highly unpopular?

Curious. There are media cults. There are money cults (see that golden bull on Wall Street). There are all kinds of religious cults. Scientism can be cultic. So can the medical profession (doctors as our high priests). There are also those political cults. How else to describe the frenetic furor among both liberals and conservatives in our times — the way everyone is so sure of his or her political choice that anyone who diverges or seeks objectivity is a heretic and everyone is at each other’s throats (no peace there!).

Too, however, we are called to fight the good fight.

Just remember, the devil is a spirit of extremes.

The reading yesterday (Romans): “But there will be glory, honor, and peace for everyone who does good, Jew first and then Greek. There is no partiality with God.” Hmmm. Let us contemplate that. Partiality. And also, again: the mention of peace! The watchword: balance.

Try to find balance amid the current cultural vitriol; amid the lack of charity; in all the din. The next time you’re steaming angry over politics, religion, or anything else, look in the mirror at your eyes and make sure you can still see Jesus.

“The Synod of the Amazon is a sign of the times. So its Instrumentum laboris says. Who could disagree? And what times these are! Some are saying hopefully that the Synod of the Amazon will change the Church forever, that the Church will never be the same again. Others are saying that the Synod is an instrument of apostasy. In the grim humor of Dom Giulio Meiattini, “if there is still something Christian in this Instrumentum laboris, that is, a few words and expressions here and there, there is no need to worry: it is undoubtedly biodegradable!”]