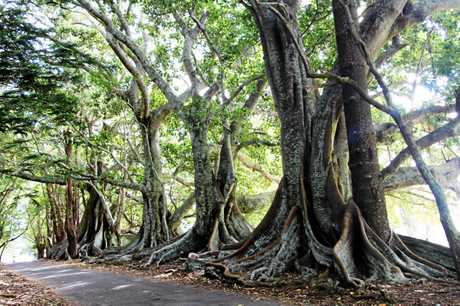 How inherent in nature are spirits?

This is not about “nature spirits,” as in wood nymphs and fairies, which are New Age. It’s rather to wonder: can a landscape truly reflect a supernatural undercurrent?

We’re referring, this season of Halloween, to uncanny places that have uncanny trees.

The photo at the top is from the supposedly haunted Norfolk Island in Australia [see here].

“The servants’ quarters in the rear courtyard host the dessert leg of one of the progressive dinner tours available on Norfolk and I admit a chill swept over me as I flicked through the photographs afterwards. A phantom presence — almost like a head and body with three arms raised in surrender — appears on a wall in one photograph, and a glass window in another. The Western Star in Roma reported on September 23, 1939, in an article on the Ghosts of Norfolk Island that among the ruins and in some of the buildings of the convict era, wandering spirits had made friends with some of the residents of the time.”

Below are other places and other forests. Do the trees reflect the supernatural or do strange trees simply inspire scary stories? 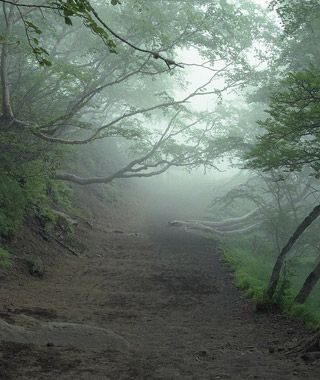 “England’s Wychwood Forest abounds in haunted tales of visitors who feel hands reaching out to touch their shoulders or hear the thunder of invisible horses,” is an item, in Travel and Leisure. “It’s enough to make your spine tingle at the slightest rustle in the leaves. But for every traveler who shies away, there’s another intrigued by that kind of mystery—and the thrill that comes with going deep into the haunted woods. It’s a chance to be an explorer, and any brush with the supernatural makes you feel all the more alive. ‘We’re curious and try to find explanations for phenomena we can’t comprehend’ (explains Jane Pyle, a member of North Carolina’s Chatham County Historical Association).

“Local lore has it that there’s a mysterious 40-foot ring within the woods where the devil stomps in circles at night.”

The most haunted forest in Europe is said to be Hoia-Baciu in Romania [below]. There are said to be strange lights and sounds there, along with outright phantasmagoric phenomena. (Is it really true that some visitors have mysteriously disappeared here?) Then there is the dense Aokigahara forest at the base of Japan’s Mount Fuji. It’s thought to have large underground iron deposits that interfere with compasses (setting walkers forth on the wrong paths).

“The forest has witnessed hundreds of suicides and is haunted by their screams,” notes a blogsite. “Strange ambient noises and the appearance of orbs have also been reported in a Maine forest near ripped-up railroad tracks that once ushered veterans to a hospital.”

Now, it’s not from a “haunted” forest, but how about this photo from CNN of a trees burning from inside-out during those California blazes [see here]? 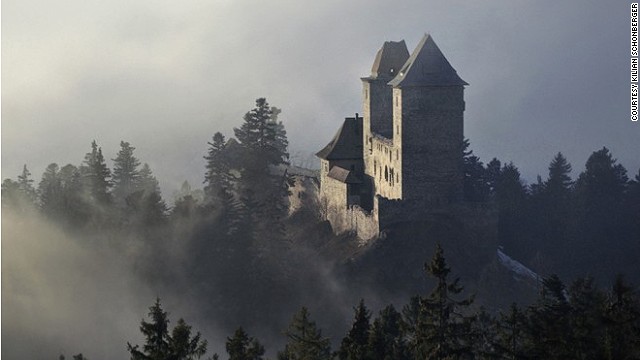 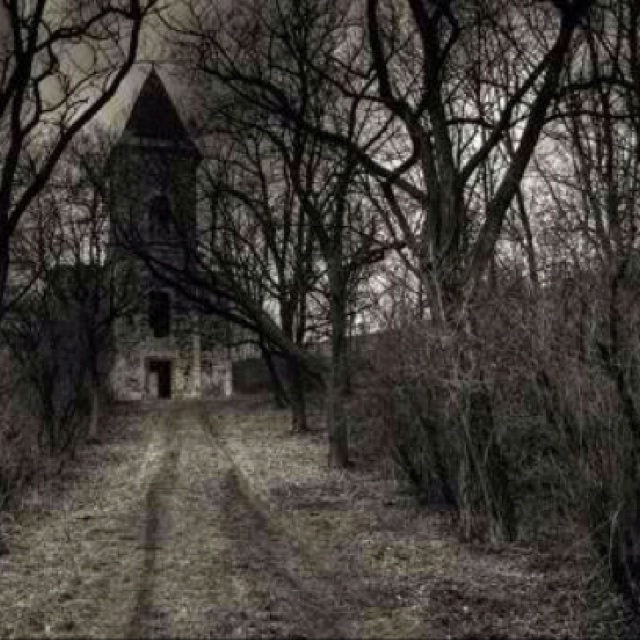 [resources: The Spirits Around Us and Haunted Houses, Ghosts, and Demons]