As Holy Week began, there was the bad: a world awash in coronavirus fears that, in a scenario few could have fully anticipated, unless they deigned to follow prophecy, in effect shut down the universal Catholic Church.

There were pockets where the liturgy was still publicly held.

There were regions and even nations that were not in lockdown. But they were in a minority as Rome itself sent forth a decree ordering even Easter Mass to be a private matter this year — St. Peter’s Square devoid of visitors (on government orders), churches across the Eternal City idle, and the same in Europe and North America and parts of South America and Asia.

One expected a scourge like SARS-coV-2 to afflict Manhattan and London and brothels and casinos and sports and Hollywood and Wall Street and Main Street and malls and colleges and Broadway and Disney (now magic-challenged) and bars and China and restaurants (revelry as in Noah’s time!), but the Church?

To repeat the refrain: it rains on the good and the evil and it rains on parishes and dioceses whether liberal or conservative, Catholic or Orthodox, Jewish or Protestant, mega-churches or chapels, from Rome to Edinburgh. 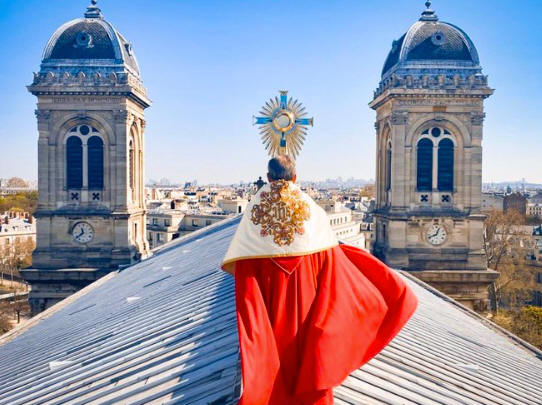 That was the bad news, though it afforded an iconic sight: Pope Francis, blessing the world before huge torch lamps in a rain-riven, empty square. The entire world was enthralled by the historic, unforgettable spectacle. An archbishop blessing Jerusalem from the Mount of Olives with a relic of the True Cross. A French priest precariously blessing Paris from a very slanted metal church roof.

Not only has the tragic corona crisis shoved the clergy abuse crisis off the stage — completely dwarfed any other exigent problem — but Monday brought the acquittal — the stunning reversal of fortune — for Cardinal George Pell of Sydney, arguably the most famous Church member to be accused in the historic, gut-wrenching scandals. 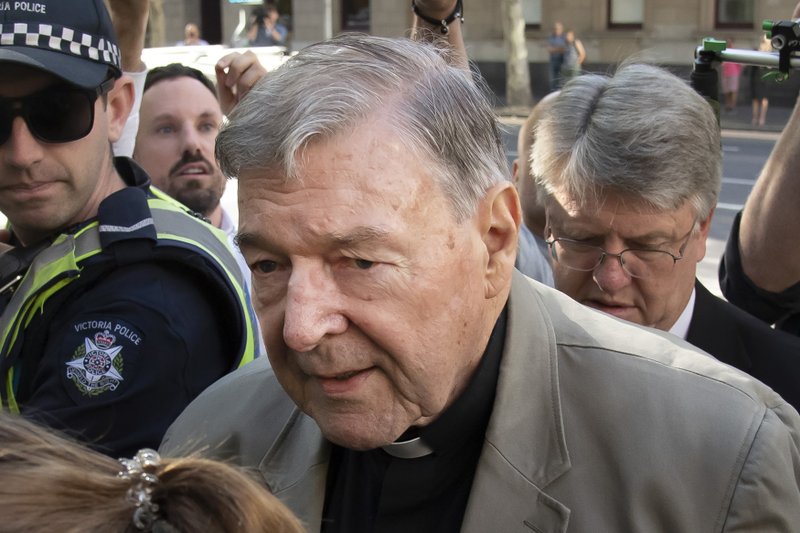 Australia’s highest court unanimously dismissed what even from a cursory perspective were flimsy and shockingly deficient charges of abusing two boys many years ago in a setting that was implausible. The “poster boy” for Big Bad Catholicism was no longer “bad” — by edict of secular jurisprudence, after shockingly deficient lower courts shoved this cardinal, a former Vatican official, into prison (often solitary confinement) for more than a year, now freed. The victory seemed total.

Is the abuse crisis over?

On occasion it will still rear its head. But the Church may well have turned one corner (there are others) on Monday. 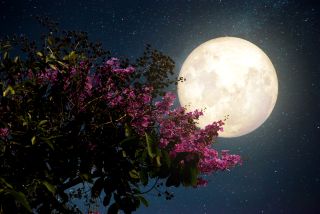 It’s said God first chastises those He loves the most. He certainly has done that! (And for excellent reason.) If pride persists in the Church, it will be broken again (just as New York and the rest of us, having not learned humility from 9/11, see now a repeat of Ground Zero, on a larger scale).

Is the Lord now moving into other domains?

Is His Justice casting its shadow over the secular dimension of existence?

If so, it is in the shadow, the adumbral reckoning, of the year’s largest super-moon.

At LaSalette, the Blessed Mother had warned that the Church, in apocalyptic-like times, would find itself “in eclipse.” And that’s what it seems to be: a super-moon hanging there in the sky like a strangely tinctured Host but no public liturgy.

This is a good test. This is a time for us to recollect. It is time for us to search our souls. We have the quiet of quarantine. It is time for the Church to reckon its path. It is the time for every pastor and priest and deacon to reflect upon the way the liturgy is conducted in their parishes and how their homilies are designed. (Who are they for?)

It is a time to ask the Holy Spirit to direct things, to regulate things, instead of assuming that a seminary degree confers high power without prayer. It does not.

We all must pray, and this week — as corona (as in “crown of thorns”) death tallies spike in many places, perhaps even reaching an apex on this Good Friday! — is an ideal opportunity for the holiest Holy Week in our lifetimes, and for putting everything, including petty church squabbles, politics, churlishness, into an adult suffering holy risen mode of perspective.