Too often, we let darkness get the best of us,  negativity to prevail. We give it force.  We feed it. That’s because — as a preacher once pointed out — we magnify that darkness — illness, bad luck, job issues, money problems, family difficulties, accidents — instead of magnifying God. Thus, a question: What and Whom do we place more faith in, the disease or the Person Who created the body and, hence, can cure any illness, the One Who created the world and can solve anything that occurs in it?

It is important to recognize, isolate, and quash evil, no question; and this too often is ignored at the pulpit. But really, do we always have to obsess on the “bad”? Might it even be wise at times to ignore an issue once we have done what we can (leaving it now to faith)?

“Obsession” has the hiss of the snake, and when we become too immersed in a dilemma, in a controversy, it’s like using a magnifying glass. The details grow out of proportion; we’re consumed; we’re stung; we lose our peace.

Magnify God instead — that Infant in the manger. Praise Him. This is your great defense. See God as larger than the Empire State Building (while the devil is smaller than a grain of sand, which is the way, in comparison, it really is). Don’t “entertain” the negative or it will perform like a broken record and eat away at you. There will be no end. Instead of a magnifying glass, instead of a microscope (obsessing over every dark detail), use a telescope — looking at your problem through the wide end of it, so your problem appears small and distant.

Soon, that will be the reality.

God on High created everything. All is under His domain. And it is a great test of life to see if we can abandon our troubles and sufferings and ourselves to Him as did Jesus from Bethlehem to Calvary. When we do, we move the “mountain.” The Lord breathes our way. We ascend. Perhaps better put: His power intensifies around us. 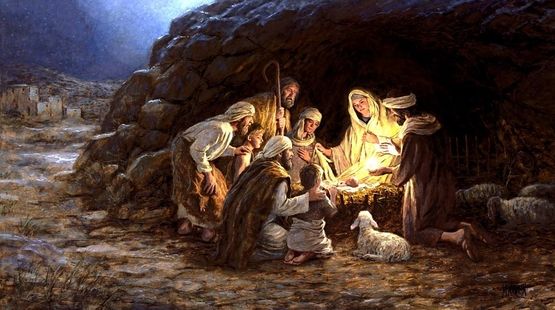 Oh, it is difficult down here! It’s why Jesus came: to break the strongholds. And to go through the tests and temptations of life as do we.

There is sometimes “bad” news. A child fails at school. There is a crisis in a relationship. A doctor comes in and announces: “terminal” cancer! (Who on earth is not “terminal”?) But as the same evangelist pointed out, this actually happened to his mom, who was diagnosed with that disease and given five weeks to live. She pushed aside an obsession with the dark “finality” of the disease; filled her home with healthy, smiling photographs of herself; and stepped into the role of victor instead of victim.

That was thirty years ago. Recently, she attended the funeral of the doctor. 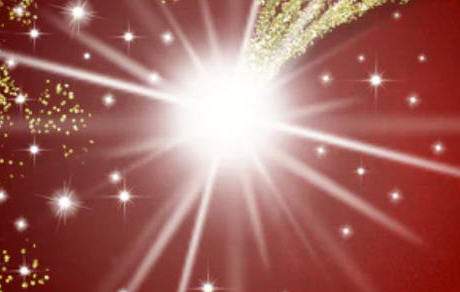 Years ago was a report in the news of a woman who knew how to abandon herself. “Helen Dunsford, 66, was a customer at a Bank of America in Oakland Park, Florida, when a woman reached in her purse, said she had a gun, and yelled for everyone to get on the ground,” said the news. “As other customers listened to the orders, Dunsford tackled the would-be robber and held the suspect down until authorities arrived. ‘She got on my last nerve,’ Dunsford said. ‘I have cancer, stage 4, and I figured if I’m gonna die, it’s God Will when I die. She’s not gonna shoot me.'”

Same with the evil one: Don’t let him rob you of hope, don’t let him reach into the purse of your blessings. When he does, he’s robbing you of the chance to tap into the Power that created not just this planet, but the universe.

Unleash God’s Power, not the enemy’s.

If you saw a tsunami coming, would you seek higher ground or dive into the murky waters to study it? What we need to do is lift our eyes to the Lord and above floodwaters. Hit the high ground of Scripture. Pull out the Bible every day. Become consumed by His Word, instead of the whisperings of the devil. (You’ll never be able to do that. You are going to fail. You’ll be embarrassed. Why try? It’s not for you. You can’t be cured. You will die in agony.)

Play by God’s rules, not those of darkness. Look up, not down; look up at the Star. Look at the way Joseph and Mary raised their eyes. And the glory that came!

The Blessed Mother has said that with enough prayer, we will not even feel death, only the passage into Heaven.

Magnify the Lord, not illness, not hardship, not fear, not brokenness. Lord, I love You. My God, You are my Everything. To You and You only are my eyes fixed — oh Great One, Lord of Lords, praise You, Creator not just of earth but of the cosmos, and eternities beyond.