It long has been puzzling. After all, in our time, there is no greater evil.

Abortion. It is a defining sin of the past half a century.

And there is no greater opponent of abortion than the Holy Roman Catholic Church.

And yet, the issue has largely gone unmentioned at major sites of Marian apparition.

Some of it’s understandable for a simple reason: abortion was not nearly as widely practiced, centuries ago, when many major apparitions occurred, as it has been since 1973 (and the nefarious Roe v. Wade).

Thus, there was nothing said about it during the Miraculous Medal apparitions, by the Virgin of LaSalette, nor at Lourdes (which, in the case of the first two, dealt extensively with evil and infiltration of society by the devil).

There was nothing said at Fátima, the anniversary of which is this week (May 13), including in the vaunted “third secret” (which was released long after abortion became legal), nor at the two approved sites, Banneux and Beauraing, in Belgium.

As far as we know (do send us any elucidating information we may have forgotten or missed), not a word about killing the unborn was warned about at the alleged apparition site of Garabandal in Spain.

Though those appearances also were before Roe, they immediately preceded the large-scale legalization of abortion.

Most conspicuously, there was no mention of abortion among the approved seers at Kibeho in Rwanda (1981, which focused on materialsm, sexual sin, and tribal genocide); at Betania in Venezuela, which focused on unity and kindness; at the approved Cuapa, Nicaragua, apparitions; at Akita, Japan; at Hrushiw in Ukraine; at Champion, Wisconsin, long before; and there was scant if any message about abortion at the approved messages in San Nicolas, Argentina since the 1980s. Instead, the messages focused on unity, materialism, pride, hatred, and avoiding sexual and other immorality.

Nor is there mention in formal messages at the most famous of all modern ones, Medjugorje in Bosnia-Hercegovina (also 1981), which has been authenticated by a formal Vatican commission.

There have been literally thousands of messages from there, yet no widely known message specifically about termination of infants. (You can search here, among other places.)

How could this be –– that such a great evil would be set to the side by the Blessed Mother? Did she consider it too divisive — something that might turn away potential converts? Was it a lesser sin than the materialism, war, and other transgressions she has mentioned? That seems doubtful. Does the Blessed Mother imply abortion  when she speaks of “morality” in general — and is this true elsewhere?

As it turns out, the Blessed Mother did make her stand on abortion abundantly clear, at least in quieter venues at Medjugorje.

In a new book based on an interview, seer Vicka Ivankovic is quoted as telling her interviewer, Finbar O’Leary, “Our lady did say those who are committing abortions are committing a great sin.

“Our Lady also said that all those little aborted babies become angels in Heaven.

“People who have abortions will be held responsible for the grave sin they commit.”

It was at Medjugorje that a pilgrim whose girlfriend had an abortion related the incredible experience of searching his conscience during prayer in a back pew at Saint James Church and being approached by a beautiful woman who came down the aisle and stopped at his pew — handing him a baby to hold before taking the baby back and vanishing.

Many are those who confess to the sin and are healed at that site of apparitions.

Meanwhile, countless other, lesser-known seers and locutionists have cited abortion as a key if not the key current transgression.

Added seer Mirjana Soldo at Medjugorje, according to a blog, “Once I plucked up my courage and, during an apparition, I asked Our Lady why these children could not go to Heaven; why they had to suffer and be killed if they were innocent. They hadn’t chosen it. I said all sorts of things. Then Our Lady said to me maternally and seriously: ‘No, these children are with me. There is no limbo. They are with me. Their parents will have to account for their sin of abortion.’ That’s what Our Lady told me. Here in Medjugorje, I had the opportunity to meet women who had an abortion and the majority of them – I’d say 95 percent of them – repented. They regretted what they did. It is a sincere regret which really comes from their heart. These women are broken. I always recommend that they be honest in their Confession, go to a priest, kneel down before God and express their regret.” 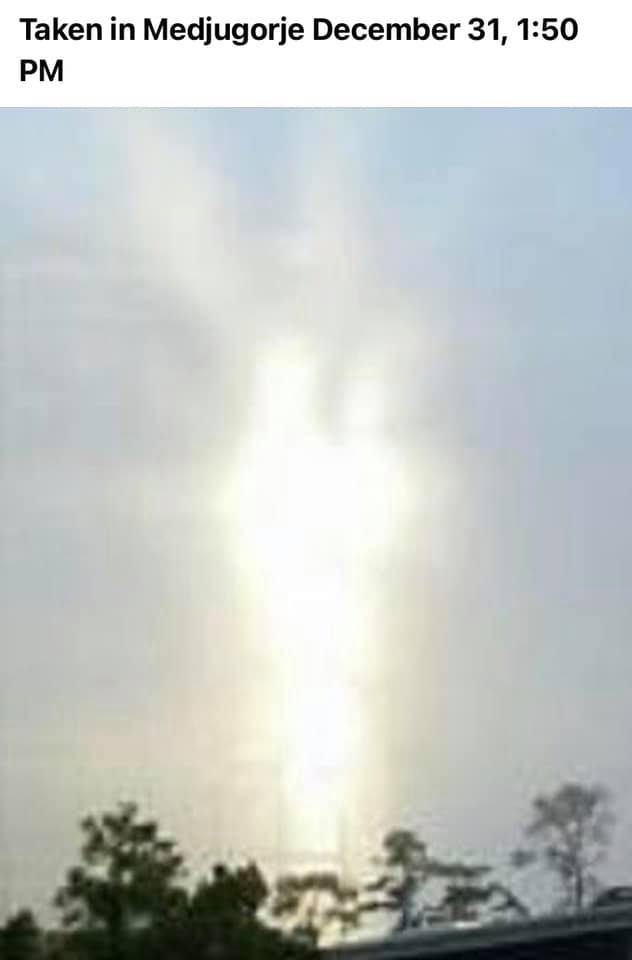 [resources: Michael Brown webinar May 22; and Our Lady Speaks From Medjugorje, and  Vicka: Her Story]