It’s an astonishing story. It involves an agnostic medical professional who went to a remote village in what was then Communist Yugoslavia — the Hercegovinan sector — to evaluate what on earth was transpiring with six children there who claimed that five days before, on June 24, 1981, they had begun seeing the Virgin Mary.

She was certain, was Dr. Darinka Glamuzina, a pediatrician with an interest in psychology, that it was a psychological circumstance — if not a simple game orchestrated by the youngsters who each day were falling to their knees on a stony hillside in perfect synchronization, their eyes fixed on an invisible something (or as they insisted, someone). 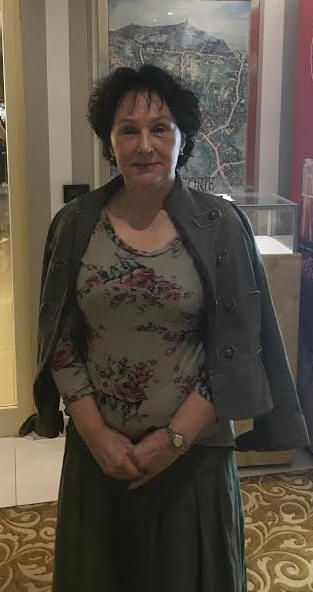 And so it was, that Sunday, June 29, in Bijakovići — a village in the parish of Medjugorje — that Dr. Glamuzina, working in nearby Citluk, arrived, at the behest of Communist authorities, to evaluate what was transpiring — alerted initially to the circumstance by an ambulance driver who worked at her clinic and had driven the children there.

“I had a Catholic education when I was very young, but then I went to school and was on the faculty of a college in Zagreb and thought I knew everything because I read so many books,” she told Spirit Daily. “I was twenty-five at the time. I had an interest in psychology at that time and I was agnostic. Very skeptical.

“When I heard about it, it was very funny to me and I did not believe. I knew it was a primitive territory, Medjugorje, and I thought it was some sort of mass hysteria because they were primitive.”

The children had been brought to the clinic for evaluation by another medical professional, Dr. Ante Vujevic, who would later announce that he could no longer call himself a nonbeliever.

But at this point, skepticism — if not outright rejection of such a claim — still ruled the thoughts of Dr. Glamuzina, however.

“My desire was to question them. I remember everything clearly because of the emotions I had at that time. I questioned them on how old they were, what grade of education they were in, what sort of students they were.

“I asked about the apparitions of Our Lady and the answers they gave me were so clear and intelligible (though some of them were below-average students). I was impressed with the shortness of their answers and the speed at which they were giving the answers. And that they were so convinced. It was unbelievable, how convinced they were. I was very impressed. I found out that what they knew they really knew. The youngest, Jakov Colo [at the time just ten] said, “You may kill me, but I do see her.”

Indeed, soon they would be detained by Communist police and interrogated — never backing down despite the stated threat of jail.

Though raised Catholics, and though in a devout part of Yugoslavia (culturally Croatian), the children, under the informational blackout of Communism, had not even heard of places such as Lourdes and Fatima. They knew only that they were seeing the Blessed Virgin spoken about by their elders when they recited a Rosary.

“Everything about it was unbelievable,” says the pediatrician.

“Thousands of people were on the streets. The manager knew [seer] Vicka’s family and so we went to her house. There were many people, and all of them were praying the Rosary. That was unbelievable to me, the atmosphere. The place was packed with energy. I did not want to stick out from the crowd so I asked for a rosary even though I did not know how to pray it.

“In one moment, Vicka said, ‘Let’s go,’ and she started going up the hill and I don’t know how we climbed the apparition hill. The crowd was going up and all of a sudden the other visionaries were there — they just showed up — and formed a line, all six of them.

“I was next to Vicka. I wanted to use my position next to her for my medical evaluation. I was convinced that maybe it was some kind of manipulation or hypnosis — somebody using them, and I would be able to see that.

“My first question was: Who is she? – ‘The Queen of Peace’ was the answer. Then I asked why is she here (in Herzegovina); she answered: ‘Because of firm faith!’

“And all of a sudden I got the idea to interfere with the happening. I asked Vicka, ‘May I ask that vision a question?’ And this was very interesting to me — how Vicka said, ‘I am going to ask Our Lady.’ So I realized there was a dialogue. I heard Vicka say, ‘Our Lady, can she ask you something.’ And she waited for answer and said, ‘Yes, you can.’

The dialogue as recorded by a priest there: “Dear Madonna! Could this lady [Dr. Glamuzina] touch you?”

The Virgin reportedly replied, “There have always been unfaithful Judases. Let her come.”

Was that reported accurately — or did Mary say that there always had been Thomases.

“I was a little upset, disturbed,” says Dr. Glamuzina, who later testified before a Vatican Commission which authenticated the first week of apparitions — in all, at least seven, meaning one more than the official apparitions at Fatima. (In both cases, more apparitions occurred after the initial ones.) “I was thinking in a medical way. Vicka said to the vision, ‘This lady is asking who you are’ and then Vicka [quoting Mary] replied, ‘She said she is Queen of Peace.’

“How can we have peace when we have so many religions, I asked? I saw Vicka’s lips move and she told me, ‘Our Lady said, there is only one Faith, One God, and One Spirit.’ I was shaken by the answer, because I knew this wasn’t a child’s answer and I saw that there was a dialogue going on.

“This was such a rural area. I asked ‘Why here? Why not at Notre Dame in Paris? Why here in the middle of nowhere?’ I saw Vicka asking that question, and the answer [from Our Lady] was, ‘Because the Faith is firm here.’ I knew it was true because I never saw people pray so much. I knew the answer was true, that it was right.

“I got the answer but also thought I should have an experience, so I said to Vicka, ‘May I touch her?’ and Vicka asked Our Lady and the answer came back, ‘Yes, you can.’ So Vicka was indicating to me where to kneel down, and I knelt down and I raised my hand and my personality split. All of a sudden I knew that what I touched was God. I felt the presence with my entire being. I knew. I knew that I was not worthy of what I touched.” Witnesses said Dr. Glamuzina looked, on her descent from the hill, like she was in a state of shock.

Why did the apparition occur, and why has she now been there so long?

“Because we are completely illiterate spiritually,” says the doctor, whose husband’s specialty is chemistry. “The world is in a spiritual crisis. She comes as a teacher and a healer.”

According to a report by a BBC reporter, the pediatrician, guided by Vicka, touched the Blessed Mother on her left shoulder. “When she eventually stumbled down the hill, she was in a state of shock.”

Dr. Glamuzina mentioned no such feeling to Spirit Daily but rather an overwhelming feeling in the depths of her agnostic soul. “I knew it was something beyond our comprehension,” she says.

When, after the apparition, she spoke with a second seer, Mirjana Soldo, with whom she walked down the hill, this second seer quoted Mary as saying precisely what Vicka had related. “I asked Mirjana the same questions I asked Our Lady and she gave the same answers,” says Dr. Glamuzina. “I questioned them individually and they all heard the same words. I knew that they saw her.”

“I was so shaken that I was crying all night long, holding the rosary, and asking Our Lady to forgive me. I knew God really exists and I realized I knew nothing about Him.” 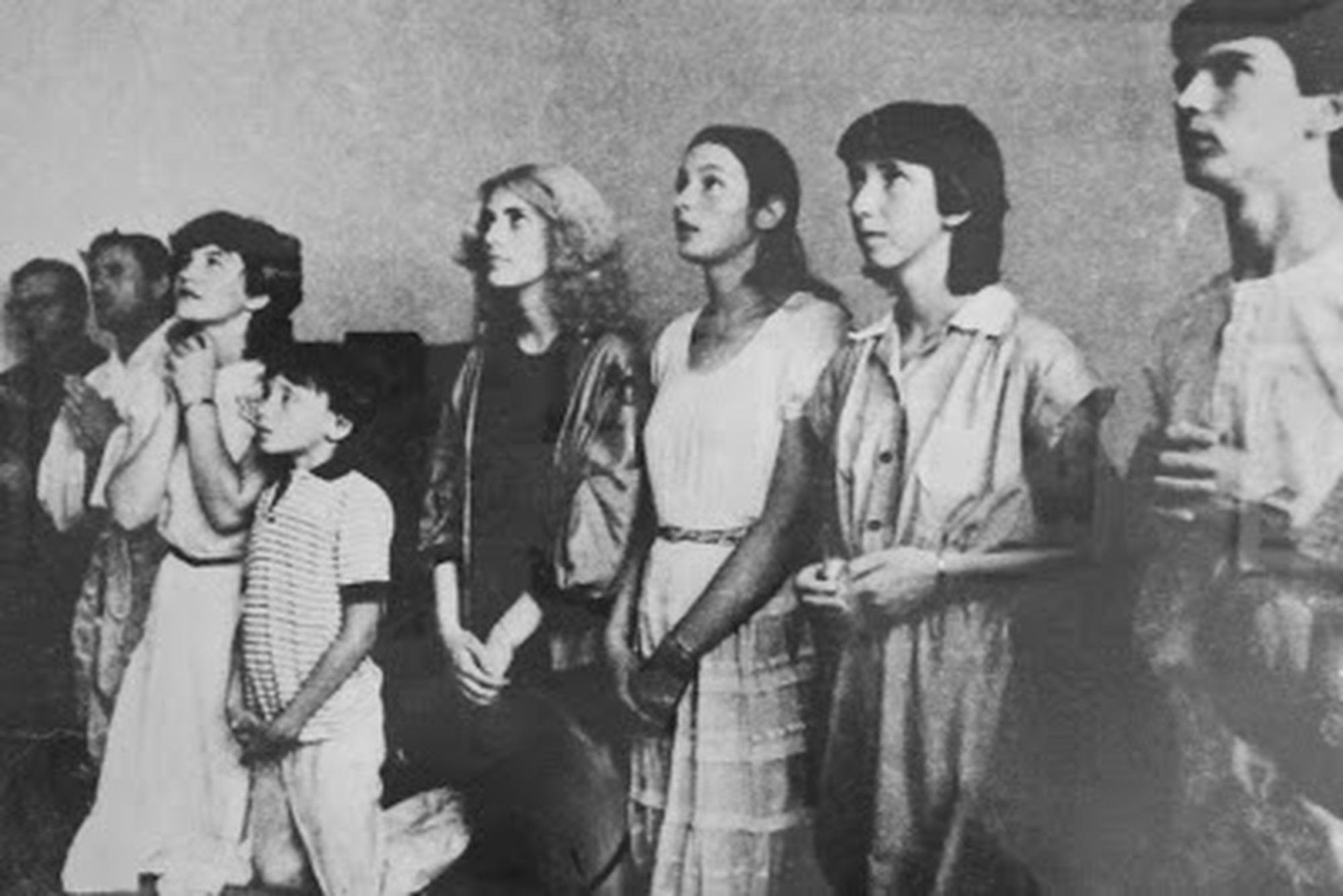