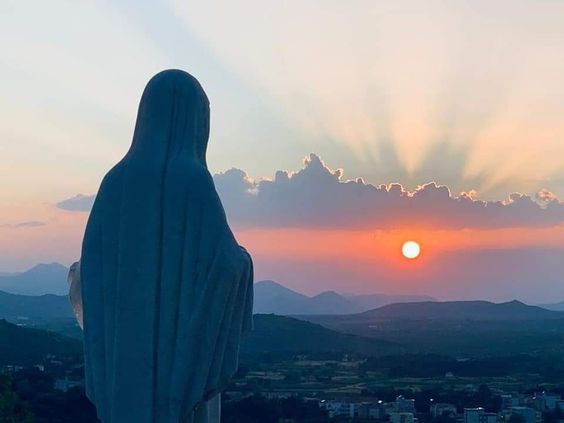 There it was, in the economy of language, simplicity, and power by which one deciphers authentic supernatural messages. “Dear children!” the Virgin Mary said in her monthly Medjugorje words, “I am with you and we pray together. Help me with prayer, little children, that Satan may not prevail.

“His power of death, hatred, and fear has visited the earth. 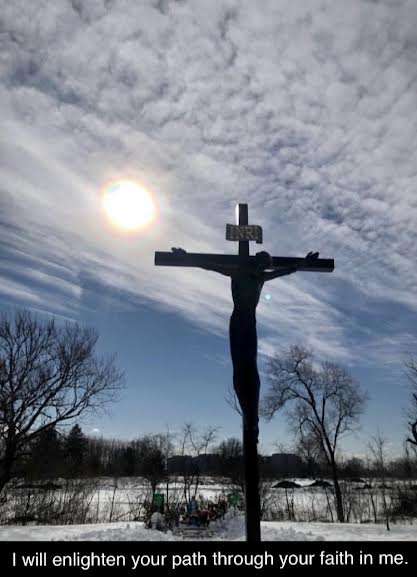 All this as we approach the potency of Lent.

Days before, in Rome, the Holy Father, remarking on the Russian invasion of Ukraine, called out “the diabolical senselessness of violence” [our italics]. And said that war “is answered with God’s weapons, with prayer and fasting.

“I invite everyone to make next 2 March, Ash Wednesday, a Day of Fasting for Peace. I encourage believers in a special way to dedicate themselves intensely to prayer and fasting on that day. May the Queen of Peace preserve the world from the madness of war,” added Francis.

That — “Queen of Peace” — is her title, “coincidentally,” at Medjugorje.

The words were spoken February 23 (last Wednesday). Both Medjugorje and Rome were calling out the actions of the devil.

On Friday, the very day of the monthly message — though spoken before the Virgin’s message was translated and conveyed — the Pope, in a strikingly similar — and similarly powerful — tone, said that “war is a failure of politics and of humanity, a shameful capitulation, a stinging defeat before the forces of evil” [again our italics].

Indeed, even the general public was catching on that Satan has been paying a visit.

And not just with the invasion of sovereign Ukraine.

He has been paying a visit through all the divisiveness.

He has been paying a visit in disasters.

He has been paying a visit with the virus.

And now — just as the 1918 influenza pandemic went hand in hand with Fatima, world wars, and the rise of authoritarianism (in Russia and through Europe) — there is for the first time since that apparition, that 1918 epidemic, and those world conflicts (I and II), both a major apparition (in formerly Communist Hercegovina), global pandemic, and a ground war in Europe.

Has Communism resurfaced, in the way of a former KGB operative named Vladimir Putin? (More on him this coming week.)

While Communism fell in Eastern Europe and republics in the U.S.S.R. — especially Ukraine — after John Paul II, fulfilling a request at Fatima, in 1984 consecrated the world (and implicitly Russia) to the Immaculate Heart of Mary, those who claim the consecration was not legalistically correct, allowing for a new stirring of authoritarianism, forget that there was another requirement voiced by the Virgin at Fatima:

That for Communistic atheism to be permanently defeated, the faithful must take up the First Saturday devotion (that Catholics “on the first Saturday of five consecutive months, shall confess, receive Holy Communion, recite five decades of the Rosary, and keep me company for fifteen minutes while meditating on the fifteen mysteries of the Rosary, with the intention of making reparation to me.”).

Now this too is interesting:

It has been reported that in response to a question (“What will become of Poland?”) posed by the visionaries in October of 1981 at Medjugorje, as the independent Polish union Solidarity challenged Communism, the Blessed Mother said, “There will be great conflicts but in the end, the just will take over.”

When asked — apparently at that same apparition — about Russia itself, the Virgin supposedly said:

“It is the people where God will be most glorified. The West has made civilization progress, but without God, as if they were their own creators.”

And therein a great mystery.

The apparitions at Medjugorje in the early days of that same year (1981) were deemed authentic after an exhaustive, years-long study by a Vatican commission. We must keep this in mind. And take its laconic messages seriously.

“We are approaching Lent, which is the time of renunciation, fasting, and renewal for all of us,” said Marija Pavlovic-Lunetti, the seer who receives the monthly Medjugorje message. “We have had the experience of the war in the Balkans and Our Lady told us then that ‘with prayer and fasting even wars can be removed.’ We must increase our prayers for all of those who are under the power of the devil who is so strong right now. This also happens in our families where there is no peace, there is no serenity. Our hearts can be easily lured by the devil who wants to use us. But we must not allow it.

“In these days we are praying for many people who have recommended themselves especially from Ukraine who came for Christmas. I remember one day a bishop arrived and during the apparition asked me to recommend Ukraine. Our Lady had prayed over him, heart to heart, in Aramaic which I do not understand and when this happens it means that it must be a secret.”

As far as that comment on the “Russian people,” it is unclear which seer said this or even if it was one of the locutionists who also claimed messages there. We are attempting to track this down. Is the quote authentic? 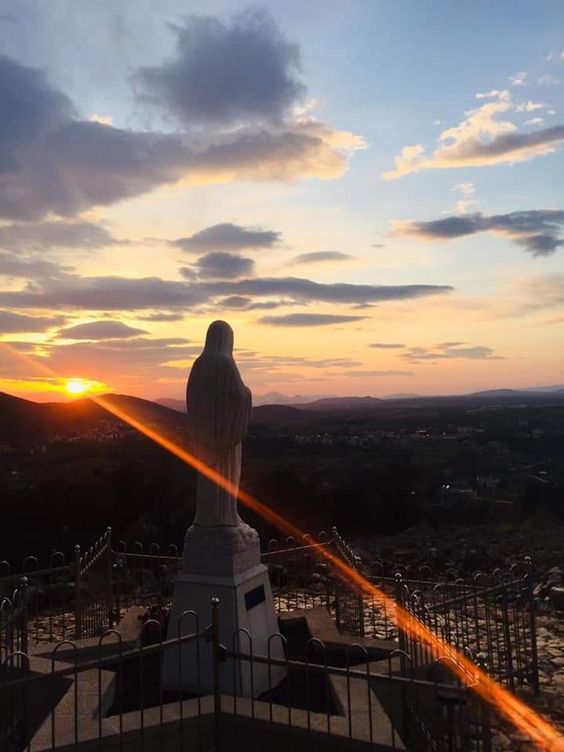 We’re not entirely sure. The quandary: Russia is hardly the place — as evidenced in the Blessed Mother’s own authenticated message Friday (2/25/22) — where God is currently most glorified.

While the Russian government now allows open Christian worship, and has even helped with the rebuilding of some churches, the vast majority of Russians don’t attend weekly services (just six percent do) and the Russian Orthodox Church, by far the largest Christian denomination in Russia, long has been controlled by the government and KGB (whereas Orthodox in Ukraine are independent, as are Ukrainian Catholics who answer only to the Pope).

Moreover, at the current time, Russia leads the world in the rate of abortion (nearly two and a half times that of the U.S.).

It is thus — at this point, especially now with all the Ukrainian bloodshed — hardly a place where God is most glorified. 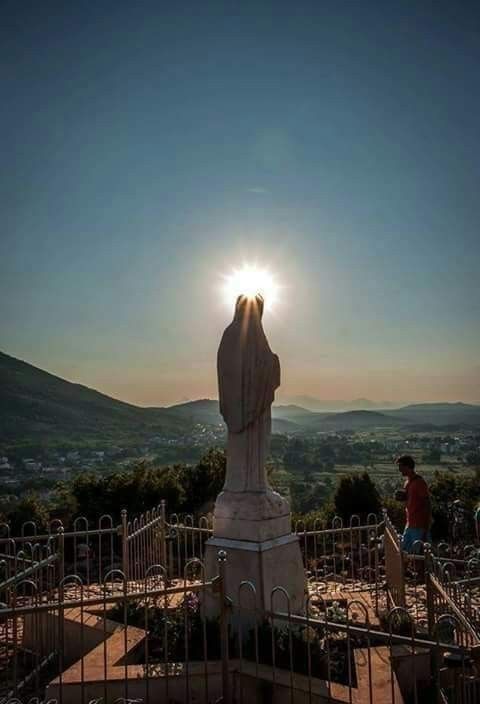 This occurred in twenty-five to fifty cities (reports vary), with many arrested.

And so with that question (of whether God may be most glorified through the people there), the answer is possibly, yes: with prayer and especially, as requested by the Pope for this Ash Wednesday, fasting.

Some wonder also about another seer, Mirjana Dragiciv-Soldo, whose annual apparition takes place on March 18, Mirjana’s birthday, but who said the reason for the March 18 appearances is not her birthday but for a mysterious reason.

Will something happen on that particular date, related to secrets?

Rarely do specific dates uttered in prophecy turn out.

But: stay tuned, as we used to say.