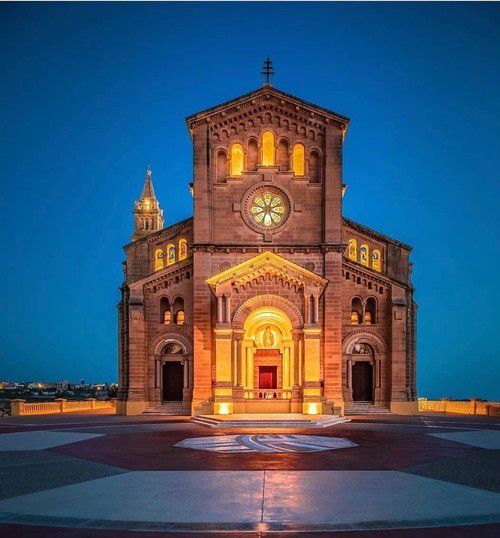 On the 22nd June 1883, Karmni Grima, a forty-five year-old spinster and great devotee of the Blessed Virgin, heard a “call” while passing by the chapel in Malta on her return home from the fields around 10.30 a.m. The mysterious voice calling here said simply: “Come, come.”

Having entered the chapel and recited her usual prayers, she heard the voice, from the painting of the Blessed Virgin, ask her to recite three Ave Marias in honor of the three days her body remained in the tomb before Her Assumption to Heaven.

Karmni revealed her secret to a friend, Franġisk Portelli, who in turn told her that about the time he also heard a mysterious voice asking him to say prayers in honor of the Hidden Shoulder Wound which Jesus incurred whilst carrying the cross.

A short time later, Francesco’s mother was miraculously healed by the intercession of the Blessed Virgin Mary of Ta’ Pinu. Eventually the lonely chapel became a place of pilgrimage for many people on the island and beyond.

In 1935 the miraculous image of the Blessed Virgin of Ta’ Pinu was crowned by Cardinal Alessio Lepicier.

But the most important event was the visit of Saint Pope John Paul II, which occurred on 26 May 1990. Following the concelebrated Mass, he venerated the miraculous image by decorating it with five golden stars, as testimony of the people’s love of the Blessed Mother.

The origins of the Shrine of the Blessed Virgin Mary of Ta’ Pinu [in Gozo, Malta] are lost in the midst of time.

The small chapel, known as “Tal-Ġentili,” dedicated to the Assumption of the Blessed Mother of God, existed before 1545, when it is recorded to have been rebuilt.

In 1587 the church property changed hands and consequently also its name — from “Tal-Ġentili” to “Ta’ Pinu.” This happened because Pinu Gauci became the procurator of this church in 1611. He sponsored its restoration and in 1619 commissioned the painting of the Assumption of Our Lady for the main altar, which was accomplished by the Maltese artist Amadeo Perugino. 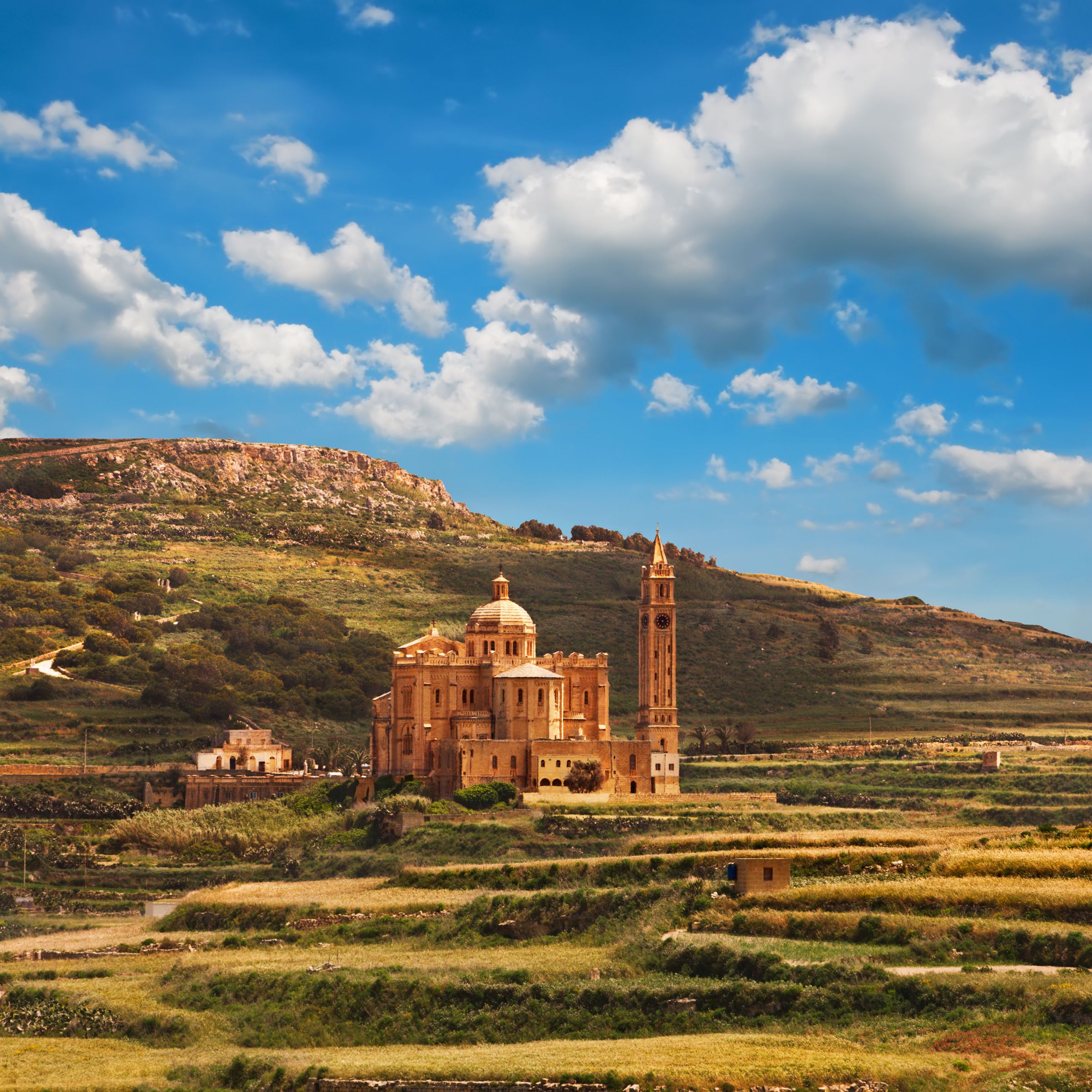 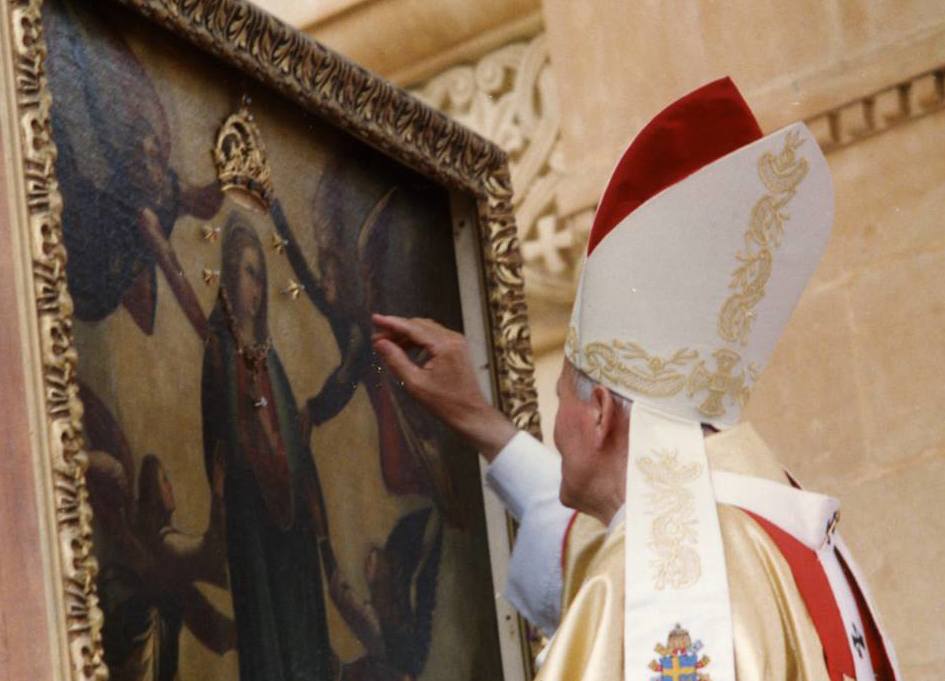 Later, on April 18, 2010, Pope Benedict XVI, adorned the holy image with a Golden Rose during his visit to Malta. While addressing the crowd gathered at Floriana Granaries, before he recited the Regina Caeli, Pope Benedict expressed his great satisfaction: “I am aware of the particular devotion of the Maltese people to the Mother of God, expressed with great fervor to Our Lady of Ta’ Pinu… I am also delighted to present a Golden Rose to her, as a sign of our shared filial affection for the Mother of God. I ask you in particular to pray to her under the title Queen of the Family…”.

On 22 June 1883, a Gozitan peasant and worker in a field, Karmni Grima, apparently heard a female voice coming from the Chapel Pinu, that she was walking past. The voice was calling her in Maltese, and telling her “Ejja…ejja!” (“Come…come!”) When she entered the chapel, the same voice told her to “recite three Hail Mary’s in honor of the three days that my body rested in the tomb.” Grima kept this event a secret for two years.[2] When she finally told a friend, Francesco Portelli. His response was to say that he too had heard a woman’s voice at about the same time as Grima had. The voice had told him to honor the “Wound of Christ”, which Christ had received while carrying the cross. Shortly after this conversation, Grima’s mother was miraculously healed after invoking the “Madonna ta’ Pinu”. 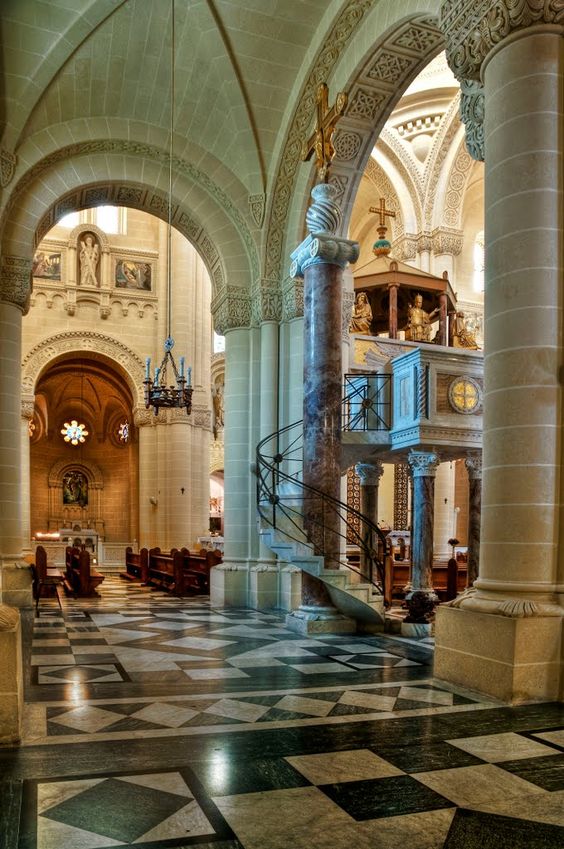 From 1887 onwards, many pilgrimages were organized to this chapel, and the need for a new, much larger church arose. On 30 May 1920, the foundation stone of the new church was laid. The church was finally consecrated on 13 December 1931, and from that day onwards, the numerous people visiting the church did not cease.

Ta’ Pinu Sanctuary holds an annual ceremony of the presentation of babies to Our Lady of Ta’ Pinu, during which baptised babies are presented to The Blessed Mother of Ta’ Pinu, while the parents pray to the Mother of God that she may keep her maternal protection over their children and families.[3]

The Virgin of Ta’ Pinu has often been connected to several miraculous healings of both Maltese and foreigners, who claim to have been saved, healed or helped through the intercession of the Virgin. The Sanctuary is adorned with many ex-votos which have been given to this sanctuary by those who have either been healed, saved or received favors through the intercession of Our Lady Of Ta’ Pinu. Today, these can still be seen by the many people who every day visit the basilica.

O Blessed Virgin Mary Mother of God, assumed into heaven with body and soul, who through Karmni Grima chose this place that you may shower your graces on those who pray to you, look, we beseech you, with a look of mercy upon this world full of fear and confusion, and in the same way that you saved the spouses of Cana from shame, save also humanity from every danger of both body and soul.

Bring all humans to love each other with brotherly love. O Mother of Mercy, protect also our families on which human society is established, that they may live an honest, happy and holy life.
Above all, I pray that you may have mercy on me who am in pain under the weight of the Cross. If it is not of any harm for my soul, help me to (determine the grace you are asking for…). If, however, it is not the will of the Lord that I may receive this grace, give me the strength to carry this burden and to unite it with the Cross of your beloved Son Jesus Christ. O Blessed Mother Mary, help me that like you I may accept with all my heart God’s will and that together with you I may say: “Let it happen to me according to your word”.

O Blessed Virgin Mary of Ta’ Pinu, keep me under your maternal protection, that I may be certain that the trials of this life may bring me to everlasting life in my heavenly home.

Recite three Hail Marys in honor of the three days the body of Mary remained in the tomb.