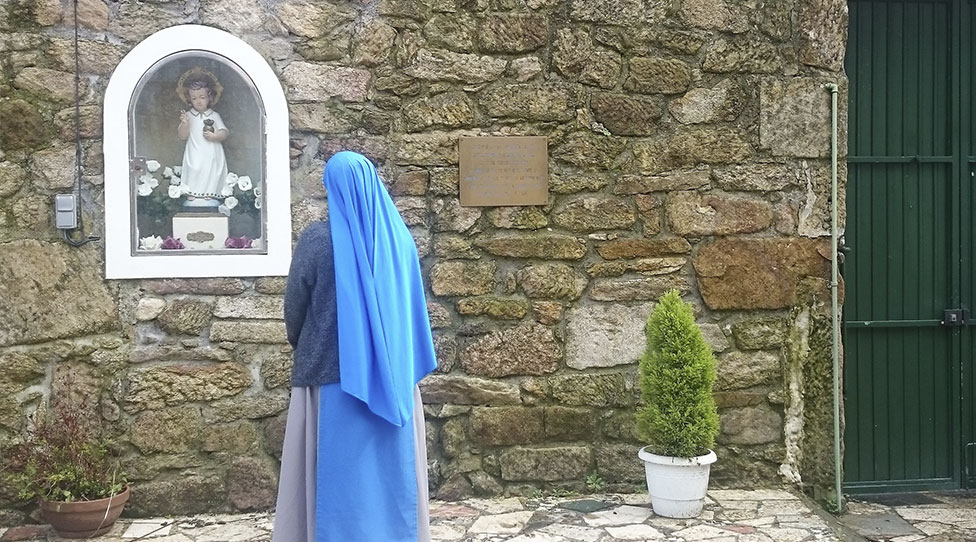 An interesting post comes to us from a site called “Pierced Hearts,” with a bit to contemplate.

Notes this site: “The monthly Catholic Portuguese magazine ‘Christus,’ published in Lisbon by an editorial group ‘Seminary,’ printed an interview given by Sister Lucia [dos Santos] on March 3, 1998. She was the only survivor of the three visionary children to whom our Lady appeared in Fatima, 1917.

“Sister Lucia was almost 90 years old at the time of the interview. She had been living in the Carmelite Convent of Coimbra for half a century and had conversed with Cardinals Anthony Padiyara of India and Ricardo Vidal of the Philippines.

“The Virgin spoke about hell, a theme that had been popular before and was now absent. Sister Lucia’s words were very clear: ‘Hell is a reality. It is a supernatural fire and not physical. It cannot be compared to fire that burns wood or charcoal,'” the cloistered seer said, nine years before her passing.

“She offered advice to priests on this topic: ‘Continue preaching about hell because Our Lord Himself spoke about hell, and it is in Sacred Scripture. God does not condemn anyone to hell. God gave men the liberty to choose, and God respects this human liberty.’

Commented the group: “Non-belief and materialism Sister Lucia [mentioned, saying]: ‘Atheism is a greater instrument utilized by the devil in our days. It is a grave sin against God that rejects His own existence and allows the practice of a variety of diabolic acts like abortion.’

“As well, she said, ‘Communism ended, but materialism continues…People should desire more the things of God instead of first desiring the material things.'”

Lucia, born in 1907, her death in 2005, lived through the turmoil of Vatican II (which still lingers) and eight Popes of every ilk, from Pius X  to John Paul II.

Fascinating, from another website, is how a statue of the Virgin Mary, in the chapel of a convent in Pontevedra, Spain, where Sister Lucia spent time as a young postulant, and had major mystical experiences, is basically the same representation of Mary as one on the right side of the altar in St. James Church at Medjugorje.

This is the statue in Pontevedra, the convent where the Child Jesus appeared to Sister Lucia, and where she was instructed on the consecration of Russia: 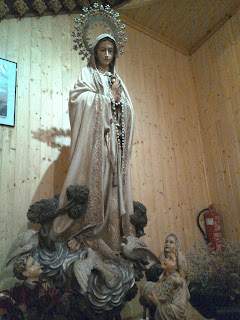 This is the statue at Medjugore, where secrets have not yet been revealed: 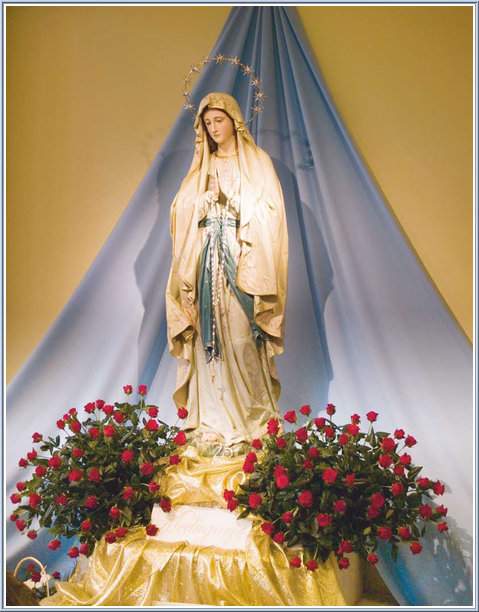 John Paul II once called Medjugorje “the fulfillment of Fatima.”

Words to discern, to ponder, this Advent, which hopefully will be a most blessed one for you all.