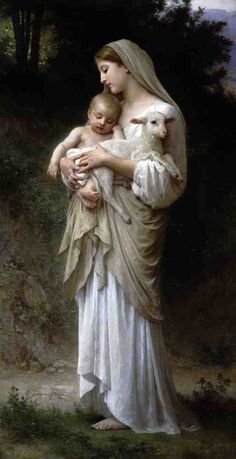 It was one of the more galvanizing pieces of news in the early days of the Medjugorje apparitions (the first week of which already have been declared authentic by a Vatican commission). That is, word that one of the six main seers, Vicka Ivankovic, among other missives, was receiving “dictation” detailing the Virgin’s life.

Through the centuries, Our Lady’s life, or portions of it, have been recorded by mystics such as Mary of Agreda, Anne Catherine Emmerich, Saint Bridget of Sweden, and Saint Elizabeth of Schenau.

Now there is Vicka, perhaps the most famous of the seers in Bosnia-Hercegovina.

In a new book, Vicka: Her Story (an in-depth interview), the famous visionary was asked by the author, Finbar O’Leary, about the Virgin’s life story, which apparently has been completed — though no manuscript has been proffered yet. (To say many have been waiting for it would be an understatement.)

Is it really true — as she has said many times — that she has such information?

“Yes, I had this special grace,” Vicka confirmed to O’Leary. “I have written three notebooks, covering from the time Our Lady was born, until she was assumed into Heaven.

“Everything is ready. I am just waiting for her to give me a sign of permission to publish it. It is not the time yet.”

At one point, the author mentioned how “little about Our Lady [is] in Holy Scripture” and how “we all have our own ideas about Our Lady,” to which Vicka responded:

“I was wondering myself, but really there is nothing very new. Our Lady has explained everything in such a good way. It is beautiful.”

As for the secrets, the last of which one seer, Mirjana Solodo, claimed was inevitable, Vicka said, “The only thing I can say is, the seventh secret was half reduced, because of our prayers and sacrifices.

“Our Lady is asking us to increase our prayers in order to be able to change the other secrets.

And so we pray!

An opportunity to change cataclysms that may be in those secret revelations? At least in her secrets, the events are not inevitable?

The seer also says that while he was alive, Pope John Paul II gave her a personal message that said, “Thank you and may Our Lady continue to bless you, and thank you for protecting Our Lady’s message.”

As far as the Church stand, that says what we need to know.

[Before traveling, those interested should check health conditions there]