The other day we carried an article from Catholic Exchange called “It’s Time To Reclaim Our Supernatural Vision.“

In response, one viewer named Joan Clare wrote, “Great article, fits exactly the need to understand the reality of the all-encompassing Presence of Almighty God. This loss of knowledge began with the Age of Enlightenment, with the development of need for empirical evidence of everything.

“I was driving home one very cold and icy night, going to make a right turn onto a main road.

“As I came to a green light and began my turn, my wheels locked and I headed directly to a car stopped in the intersection by the red light, waiting to make a left turn.

“The woman driver saw I was heading straight for her and put her hands to her face.

“At that moment, everything went very silent and I became aware that my car was turning right — missing the car at the intersection by fractions. It was definitely my Guardian Angel.

And so that decidedly is the case.

People are often afraid to discuss such experiences for fear of skepticism or even ridicule. And the Church too frequently ignores how the supernatural interweaves with the natural (a key reason for empty pews).

But angels are all around us and constantly seek to help us, especially when we call upon them, which we do all too infrequently. In special circumstances, or for special tasks, we should invoke an “activation angel” to look over and guide the specific situation or crisis.

It was the Catholic writer Joan Wester Anderson of Chicago who wrote ground-breaking and fascinating personal accounts of angels as mysterious strangers.

“My son’s story is my favorite, of course,” she told an interviewer some years back. “He and two friends were traveling across country on a terribly cold night. Their car broke down in a deserted cornfield and they would probably have frozen to death there (some people did that night). But a tow truck driver appeared, hitched them up, took them to safety and when they got out of the car and turned around to pay him, he was gone, and so was his truck.

“This is compelling because: there was more than one person seeing the same thing; it was a state of emergency and no rescue vehicles were then on the road; there were no tracks left in the snow by the truck. And it was my son!
+

“I have also loved the story of the two pilots in a very small plane flying in fog, and unable to land. A voice came over the speaker and talked them down into a small airport, where they landed safely.

“They discovered, as they got out of the plane, that the airport was closed, and no one was on duty. Further, they were so off course that no other airport could have contacted them…”

“Annabel Beam was only nine years old when she miraculously survived a 30-foot fall. While she was playing with her sisters outside their Texas home, she plummeted inside a hollowed-out cottonwood tree. An emergency helicopter rushed her to a hospital in Forth Word, where brain and spinal injury teams prepped for Annabel’s arrival but astonishingly, Annabel was unscathed.

“After the accident, Annabel began describing religious visions she had while she was unconscious. She says that she met a guardian angel during the incident.

“’I started to wake up in the tree and I could hear the fireman’s voices. And I saw an angel that looked very small.’

“The angel then winked and he told her, ‘I’m going to leave you now and everything is going to be okay.’

“The angel stayed with her the entire time, shining a light so she could see until she was rescued.” 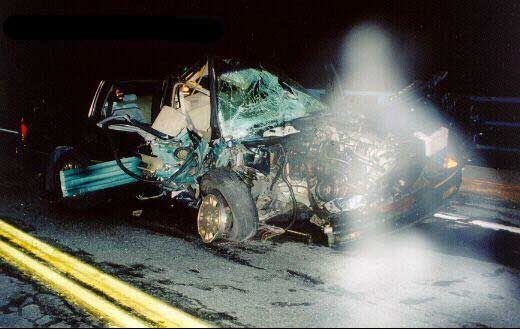 There was also, says Beliefnet, Pastor John Boston, who was driving down the road when another car crossed the center line and came barreling toward him.

The preacher swerved to miss the vehicle and struck a utility pole, sending a live transformer crashing onto his car.

“Immediately the metal and glass began to buckle on the intense heat from thousands of volts of electricity,” said the report. “His four-year-old daughter, who was with him, was trapped inside the burning car. The seat belt was stuck and the door wouldn’t open. That’s when a scruffy-looking stranger came out of nowhere and easily opened the smashed door. The man removed him from the car and walked him 20 feet away from the vehicle to safety before the car exploded in flames.

“He said my name is Johnny, the police are almost here and I can’t be here when they get here but you’re gonna be okay,” said Pastor Boston. “And then the man was gone.”

[resources: Joan’s book on guardian angels and other books on angels]