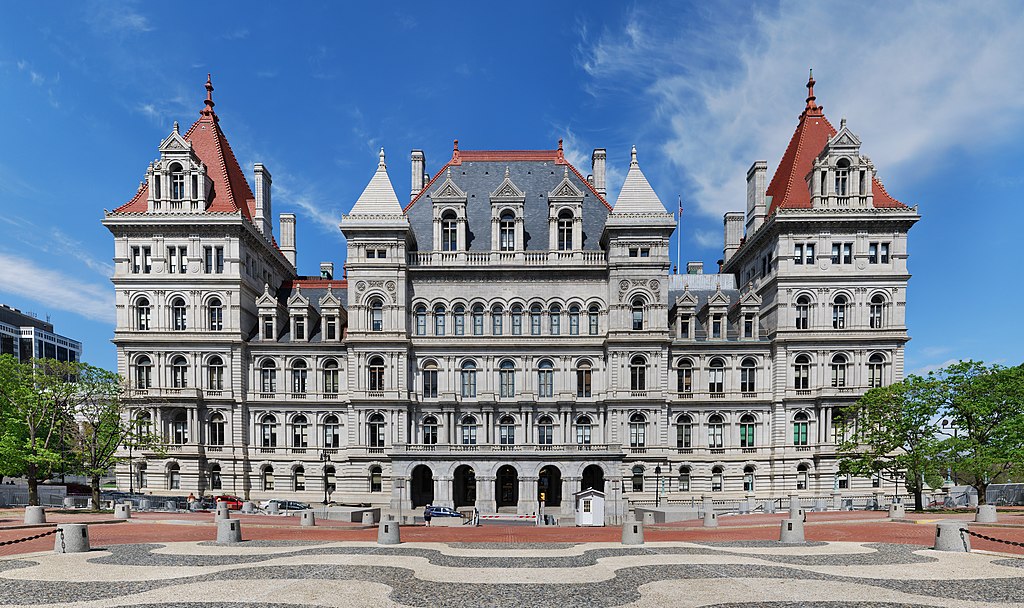 Are there such things as “curses”?

There are — although Scripture assures us that “a curse without cause cannot alight” (Proverbs).

But in our estimation, there are negative effects that can affect anyone when such a curse is attached to a building or a locale and when those who traipse into the situation are not enveloped in prayer.

But many are the accounts of old Indian territories or burial spots that seem to harbor the residues of ritual and spooky stories to go along with it. The same is true for sites of witchcraft or satanic sacrifice. These things draw down darkness, which then attaches.

It’s not just Indian paganism that can be the cause — if we believe the accounts of a “ghost” said to haunt the state capitol building in Albany.

Even the governor has acknowledged this presence.

And we note, in a recent article in The New York Post, as well as Anglenews.com, which both ran the adjacent photo, “Samuel J. Abbott, the only state employee to die in the overnight fire on March 29, 1911, is getting a memorial plaque to honor his sacrifice. (Here quoting report The Post).

“Legend says his ghost has been wandering the fourth floor of the building, jingling keys and leaving behind the smell of smoke since his death outside what’s now state Sen. Catharine Young’s office.

“Legislative staff and even cops claim they’ve seen him continuing his watch.

But the clincher comes further down in the article:

“Abbott was a Civil War hero working as a guard who made sure no one was stuck in the building when its libraries on the west side of the building caught fire in the middle of the night.

“The fire itself has been said by many to have been sparked by a curse left by a disgruntled mason who carved a tiny face of a demon into the walls near the Million Dollar Staircase, outside of the space that today houses a Dunkin’ Donuts.”

Oh, for sure, and alas, doughnuts: they too can be a curse.

[resources: The Spirits Around Us and Healing the Haunted]