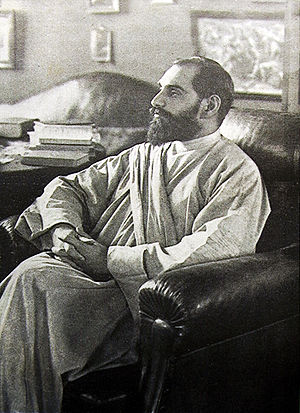 Oh, the abodes of Heaven.

It is not a place where you hang around on a cloud.

There are what Christ said: places He has prepared for us. They range from hovels, say the mystics, to mansions.

“In My Father’s house are many mansions; if it were not so, I would have told you. I go to prepare a place for you,” said Jesus in John 14:2, in case we have doubt.

Of course, they’re not like earthly homes. They’re configured with something akin to light, and beams of light radiate into and from them, changing color and hue and growing in intensity as the light moves from one place to another. “Fire colors” — richer, deeper, more varied, far brighter than any on earth: colors in their true essence and authenticity. The most radiant colors on earth are like a shadow.

Or so we are told.

It’s the opposite of earth, where the selfish and greedy are so often the ones with the lavish digs.

In Heaven, where you reside — your home — depends on the purity of your soul; it depends on how humble and loving you were; the residences are built with the “material” of good works sent up.

So it is that a hermit who spent a lifetime in a cave might well end up in a mansion while a billionaire gets the hovel, if indeed the rich man even finds his way directly into paradise (before passing through what a Christian mystic from India called “the intermediate zones.” We call those purgatory.). 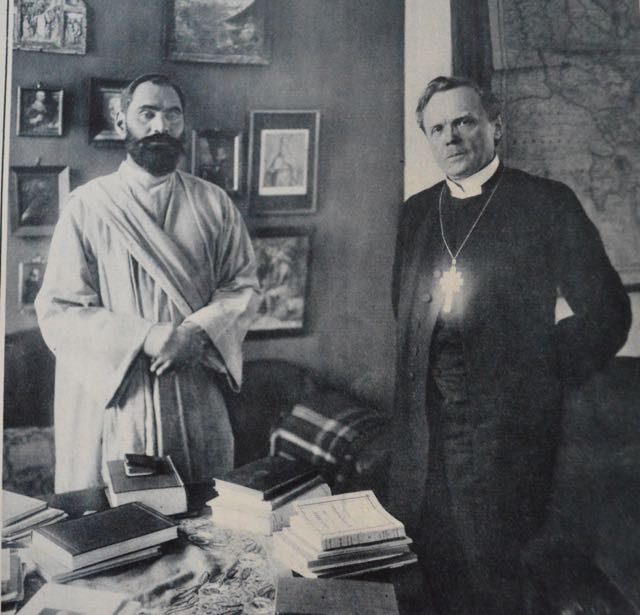 The mystic was Sundar Singh, pictured here with an Anglican archbishop.

A missionary, he is believed to have died in the foothills of the Himalayas in 1929. Though raised Christian, he was not baptized and had lost his faith as a young man, roaring back to it, however, after a vision of Jesus.

That didn’t sit well with his non-Christian father, who outright rejected him, nor with a brother, who tried to poison Sundar — as did others, who even threw snakes into his (earthly) home.

Singh claimed mystical experiences for the rest of his life, including “travels” to the other side. In one case he said he had seen a newly deceased man enter Heaven, where he was met by Jesus. “Enter thou into the joy of thy Lord,” the man was supposedly told — and then escorted to a “most glorious mansion that, from the beginning, had been prepared for him.”

“In every part of Heaven there are superb gardens which all the time produce every variety of sweet and luscious fruit, and all kinds of sweet-scented flowers that never fade,” claimed Singh. “In them creatures of every kind give praise to God unceasingly. Birds, beautiful in hue, raise the sweet songs of praise, and such is the sweet singing of angels and saints that on hearing their songs a wonderful sense of rapture is experienced.”

It is the place God has prepared for those who love Him. Who live for others. Who think not of themselves. It sounds like what is described in many near-death experiences.

“The degrees of goodness reached by the soul of the righteous man is known by the brightness that radiates from his whole appearance, for character and nature show themselves in the form of various glowing rainbow-like colors of great glory. In Heaven there is no jealousy. All are glad to see the spiritual elevation and glory of others, and, without any motive of self-seeking, try, at all times, truly to serve one another.

“Wherever one may look there is nothing but scenes of unbounded joy,” he wrote, for our reckoning. “Then I saw a man of God examining his appointed mansion from a great distance. When this man, in the company of the angels, arrived at the door of his appointed mansion, he saw written on it in shining letters the word ‘Welcome,’ and from the letters themselves ‘Welcome, welcome,’ in audible sounds, was repeated and repeated again.

“When he had entered his home, to his surprise he found the Lord here before him. At this his joy was more than we can describe, and he exclaimed, ‘I left the Lord’s Presence and came here at His command but I find that the Lord Himself is here to dwell with me.’

“In the mansion was everything that his imagination could have conceived, and everyone was ready to serve him. In the nearby houses, saints, like-minded to himself, lived in happy fellowship. For this heavenly house is the kingdom which has been prepared for the saints from the foundation of the world [Matthew 24:24], and this is the glorious future that awaits every true follower of Christ.”

To be true followers, we must never focus on the mansions here on earth — never waste our time obsessed with what does not last — but rather set our minds on serving God, loving unconditionally, and gathering material for those abodes He waits to construct or already has constructed for us in paradise.

[resources: The Other Side and What You Take To Heaven]