For years we have been distributing a booklet — thousands upon thousands of them — called “An Unpublished Manuscript on Purgatory,” and it’s had a profound effect because it’s on a subject much on our minds these days — and especially on All Souls Day.

Those who escape condemnation to hell have the joy of knowing that they are saved, says the booklet. They are going to find their way to Heaven. That’s the good news: we live forever, and most avoid hell.

But that doesn’t mean a direct ascent into Heaven. There are gray areas in life on earth, and there are also gray areas in the hereafter.

Unless we have been purified of every spot — cleansed of all the contact during our lifetimes with evil, including bad habits — we need to go to a place of cleansing or “purgation.” 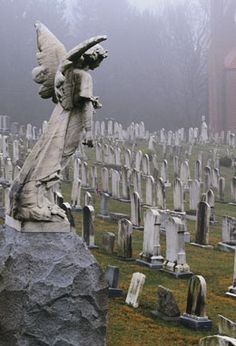 This is clear from the Bible and mystical revelations, as well as near-death experiences. It only makes sense that there would be a place in-between hell and Heaven. And it’s in the Bible: Maccabees 12:42-46, in which atonement is made for the deceased, and alluded to in other parts of Scripture, including 2 Timothy 1:16-18 and 1 Samuel 31:13. There is written evidence from as long ago as A.D. 211 that Christians were praying for the dead and ancient Jews similarly prayed as part of synagogue ritual.

The booklet mentioned is the revelation of a 19th-century French nun, Sister M.G., who was in purgatory and this revelation has an imprimatur. “No one can have a real understanding of the sufferings in purgatory,” she revealed to a living sister. “No one thinks of them in the world. Even religious communities forget that they should pray for the poor souls and that they should inspire their pupils with this devotion.”

According to this nun, purgatory has many levels. The lowest level, she said, is similar to hell. The middle area was a gray region of loneliness. In the second purgatory, said the nun, “are souls of those who died with venial sins not fully expiated before death, or with mortal sins that have been forgiven but for which they have not made entire satisfaction to the Divine Justice. In this part of purgatory, there are also different degrees according to the merits of each soul.”

Why do so many who have “near-death experiences” describe a wonderful place, when the majority of people (according to one credible apparition of Mary) go to purgatory? This may be because we all are given the beatific vision before the soul gravitates to where it belongs, and perhaps also because, before such assignment, there is a wondrous holding area-paradise.

Once in purgatory, a soul is desperate for our prayers. Many cannot pray for themselves. They are dependent on us. A single Mass can raise a soul to a much higher level, or even spring that soul into Heaven. A Hail Mary or Our Father can mean the world for a soul on this spiritual desert. We must always remember our deceased and also those who have no one praying for them.

Lastly, said Sister M.G., “there is the purgatory of desire which is called the Threshold. Very few escape this. To avoid it altogether, one must ardently desire Heaven and the Vision of God. That is rare, rarer than people think, because even pious people are afraid of God and have not, therefore, sufficiently strong desire of going to Heaven. This purgatory has its very painful martyrdom like the others. The deprivation of the sight of our loving Jesus adds to the intense suffering. It is a continuous martyrdom. It makes me suffer more than does the fire of purgatory. It is so beautiful in Heaven. There is a great distance between purgatory and Heaven. We are privileged at times to catch a glimpse of the joys of the blessed in paradise, but it is almost a punishment. It makes us yearn to see God. In Heaven it is pure delight; in purgatory, profound darkness. Oh, how I desire to go to Heaven! What a martyrdom we suffer once we have seen God!”

And so this is the key: wanting badly enough to go to Heaven. It is something we must all yearn for, pray for, desire with the very fiber of our being — and do so constantly. We have to want to be with God badly enough. If not, there is purgatory, and the average stay, claimed Sister M.G., was comparable to 30 to 40 years of earth time. “Your whole heart and soul must be submerged in Him,” said the nun about attaining heaven, “so that you do nothing except what is His pleasure. Rise above earthly things and your surroundings to lose yourself entirely in His Will.” 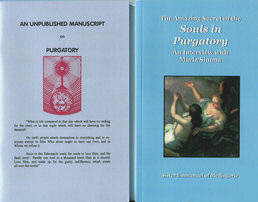