A viewer named Joel from eastern Ontario writes (regarding healing; the afterlife account comes after):
+

“When Jacob Nano was dying, the best minds at Boston Children’s tried every known method and medicine to save him. His parents and family used every known Protestant prayer and method, including tongues. And the disease would not relent. The unknown disease seemed to have a mind of its own.
+ “At one point, the pastor and some helpers gathered at Jacob’s bedside, and fervently offered their prayers and tongues. As long as they kept praying, the symptoms receded. But as soon as they stopped praying, the symptoms returned, even stronger. The pastor mistakenly declared him healed. This was a full-fledged spiritual war. Later that day, I offered the Gift of Tears, and the disease fled from Jacob.+
+
“The difference has to do with principalities. I humbled myself before the Holy Spirit. I was as helpless on my own, as they were. But I didn’t try on my own. When the love of God consumed me in great sobs of humility, the Holy Spirit rose up in me, and joined in the Holy Communion with Lord Jesus, they rebuked the demon of illness. A few minutes later, I knew that Jacob had been freed, it was impossible not to know. And I called Keith, his father, to share the glad news with him.
+ 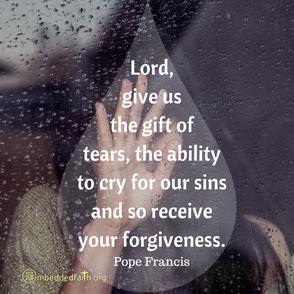 “So, he named his book, The Gift of Tears. He’s one of the Protestants with low regard for Catholics, so it stung him when their efforts to save Jacob failed, and a Catholic prayer method, which included the real Presence, was able to save his son. I’ll let him resolve that. You know how much our Holy Father has been promoting the Gift of Tears. It is only received unbidden, so it’s up to each believer to seek it.
+
“When it first came, I suddenly felt the Holy Presence, and fell on my knees, sobbing profoundly, right after the priest repeated the words, ‘Do this in remembrance of Me.’ I didn’t know what hit me, and carrying on like that at Mass was embarrassing! But remember, in a true Mass, the heavens open up to share the Gift with us. And Jesus leads the way. Because He said He would be there.
+
“Whatever you can do to promote the Gift of Tears, please do so. It has profound spiritual power, and we are at the place and time where we really need that now.”
+ 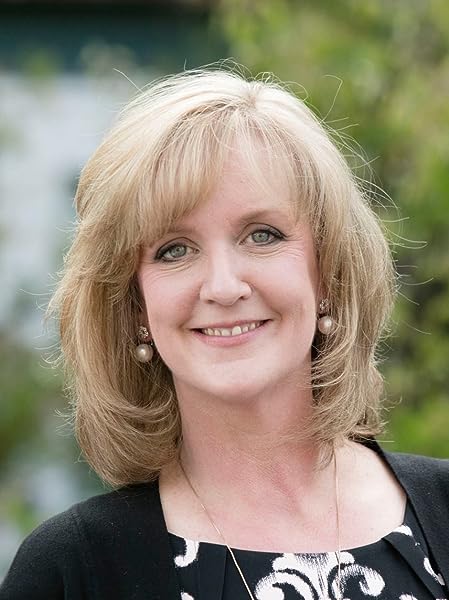 Our good friend Kelley Jankowski from Baltimore, author of the popular, An Army in Heaven, writes:
+
“I had to share with you an experience I had at work the other night. I was caring for ‘Mrs. M,’ an elderly woman who’s daughter was rather high strung and easily anxious. Her mother was declining and began speaking to people we couldn’t see. Her daughter insisted her mother was ‘hallucinating.’ I gently tried to explain that dying patients, more often than not, will see and converse with deceased loved ones and this was not considered a hallucination, but very much part of the dying process, because the veil thins the closer death approaches. Steadfast in her denial, she disregarded anything the staff told her of her mother’s experiences. As the weeks passed, we did our best to support her knowing how difficult it is to lose a mother.
+
“My father, who was a physician, passed away in 2011, and we lost our mother last November to the ravages of dementia. She was a saintly woman who asked for her purgatory on earth, and watching, especially the last 6 years of her life, we all knew God had accepted her offering. As a nurse though, I have often called upon my father during my night shifts, especially when dealing with a challenging situation, symptoms that we are having difficulty getting under control, or when dealing with upset and angry family members.
+
“Very often, the words to soothe will pour out, or an idea of what to try to ease a symptom will pop into my head, or just how to be still and listen to a struggling family member. I know it is his way of assisting me from the other side, and I can’t tell you what comfort it brings. Anyway, as I cared for Mrs. M, I was amazed at her resignation, perpetually patient when we’d turn or clean her, and she always had a smile for anyone at her bedside.
+
“This particular morning, I went into her room and freshened her up, repositioned her onto her back and raised her head so I could bring her her morning medications.  When I returned to her room, I saw her looking over her left shoulder and speaking to someone I couldn’t see, and she was smiling. I have become accustomed to this phenomena as a hospice nurse and no longer find it surprising, but find it a gauge to understand where they are in their particular journey.
+
“I reached over and touched Mrs. M’s shoulder and when she looked over at me I said, ‘I have your morning medications.’ She looked at me and smiled, then took my hand and pointed to the left side of the room and said, ‘Kelley, your parents are here.’ Surprised as I was, I realized that I had never told Mrs. M that both of my parents were dead. I smiled back at her and said, ‘They are?’ and I squeezed her hand.
+
“’Yes Kelley. Your dad is very tall, and your mom is short—she has a beautiful smile,’ and she giggled. ‘They are very good people, and they’ll watch over you.’ Mrs. M took the medicine cup and dumped her pills into her mouth. I finished with my tasks and went on to my other patients.
+
“Right at change of shift, Mrs. M’s daughter came into the unit and walked directly into her mother’s room. You could hear them chatting from the nurses station as I sat giving report to the oncoming nurse. Mrs. M’s daughter came out from the room and walked up to the nurses station and said, ‘Kelley, my mom said she met your parents!  I told you she was hallucinating.’
+
“’You know, both of my parents are dead, did I ever tell you that’? I asked
+
“’No, I’m so sorry, I didn’t know’ and she put her hand up to her mouth.
+
“’Your mom not only saw my parents, but she spoke with them and described to me a little about what they looked like…things she couldn’t have known but she was accurate. You’re mom isn’t hallucinating.’  I smiled up at her and she walked back into her mom’s room. Her mother died the following morning.
+
“You know, Mr. Brown, sometimes when you’re drudging through the day, you sometimes wonder if anything that you do or say ever makes a difference? Since my parents have passed, there have been times when I just feel alone…like they’re up in Heaven having a jolly old time not really paying much attention to the details of our daily lives. When I left work that morning, I was so thankful for that experience and thanked God for allowing my parents to show that they are very much involved with their children, even from beyond the grave. My dad used to say, ‘I’ll be closer to you when I’m gone than I ever could have been while alive. I won’t be burdened with the physical and will be there whenever you think of me.’ That morning, he proved that promise… they both did.”
+
[resources: Kelley’s book, An Army In Heaven]