Call it, if so prone, just happenstance.

In the midst of all the Ukraine carnage, two of the main players, on the Russian side, have had their share of unfortunate events.

Rumors for months now have had Vladimir Putin, Player One, suffering from Parkinson’s. It’s that or schizophrenia, thyroid cancer, blood malignancy, or some other form of disease. There is proof thus far for none of the above. Nonetheless, his shaky body movements and quivering hands and legs at least speak of nerves.

At the same time, his key friend and spiritual advisor, Patriarch Kirill, head of the Russian Orthodox Church, who full-throatedly has supported Russia’s brutal attack on Ukraine (even on Orthodox churches there that fell under his patriarchy), took a tumble one very recent morning. He fell hard to the marble while consecrating a church in the Black Sea city of Novorossiysk. Apparently he slipped on Holy Water he had just sprinkled.

Head of the Russian Orthodox Church Patriarch Kirill took a tumble this morning while consecrating a church in the Black Sea city of Novorossiysk pic.twitter.com/KL78NVRpos

In the realm of the bizarre:

Once more, mainstream news is a bit taken up by “UFOs.”

The big deal was the sightings off San Diego, California, and Jacksonville, Florida, a few years back. 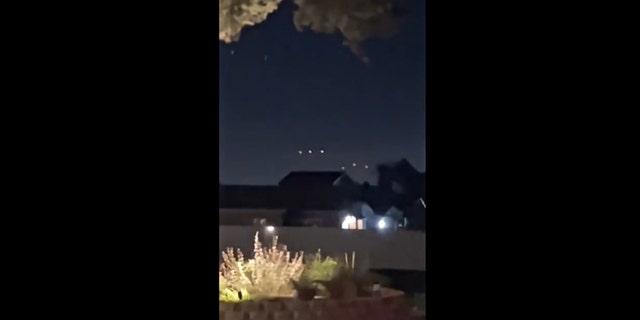 The ones near San Diego were recently attributed, at least in part, to drones, possibly from a Chinese spy ship in the guise of a trawler.

Now this week, recent ones there off the same San Diego coast are being explained in similarly mundane terms.

“The levitating lights, described as orange in hue and in a definitive pattern, baffled observers who were left unconvinced that they were of natural origins — some others even suspected unidentified flying objects (UFOs) or alien origins, but the U.S. Coast Guard said they were actually from flares fired from a ship off the coast, KABC reported,” according to another news outlet, Fox.

Is this not similar — the photo above — to the famous “Phoenix lights” in 1997, photo below? 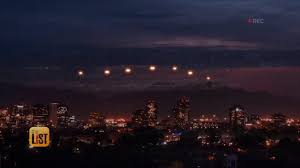 We’ve been reading Revelations from Heaven: A True Account of Death, the Afterlife, and 31 Supernatural Discoveries by Randy Kay and John Burke, and while it’s not the most gripping book on the afterlife, it’s certainly worthwhile. There are very interesting snippets.

For instance, the issue of animals in eternal realms. Are there?

“One of the scenes Jesus revealed to me during our stroll was a group of children joyfully playing in an open field of flowing grass,” Kay writes. “They chased butterflies and petted creatures like mellow wildcats, but with a different and ‘softer’ appearance than those I have seen in zoos. These creatures were large like lions, and playful like dogs. Heaven is not a wispy place inhabited by vapory figures floating in the clouds. What I viewed in Heaven elicited images and feelings beyond the exact details I viewed, yet very much distinguishable by characteristics as vivid as the physical figures we see on earth. The glory of God transformed everything similar to how a master portrait artist recreates a photo from scratch using hand-painted brush strokes.” (The book is here.)

Others claim that upon death, they encountered pets, in addition to deceased relatives and friends.

We’ll know for sure when we (hopefully) get there. But we can know this: God is infinitely kind.

It is interesting to speak with the most famous “near-deather” in recent history, Betty Eadie. No stranger to controversy, she has been accused of being New Agey (believing to a degree in reincarnation,  which is obviously problematic for Christians), discounted for her Mormonism, and perhaps disdained as a political conservative (opposing abortion and the normalization of homosexuality). At any rate, Eadie claims that when she “died” in 1973, she was shown a liquid screen that “seemed to read your thoughts. It was like Google.”

Is she precognitive? Are others who went to the other side and came back? Or is this reheated psychic phenomena? Regarding animals, she also told us, “I hear from a lot of people that they see the creatures I saw.” Yes, she saw animals.

“We can leave energy fields behind,” she believes (for discernment). “Haunted houses may have energy imprints.”

The music of Heaven?

In comparison, the most masterful musicians on earth are like “a tin drum — there is no comparison,” she claims. (See our current “special report” on the afterlife.) Allegedly Betty too “saw” animals in the afterworld (opposing hunting as a sport, though not if food is necessary), and as far as Pontiffs, she intuits that Pope John Paul II was “of a higher level” than most.

We’ll not get into ranking, but he certainly is a hard Pontiff to beat!