Major news arrived when Vatican Insider secured a report from a commission set up by Benedict XVI that has now relayed its findings to Pope Francis on the apparitions at Medjugorje, major because it was learned — and later confirmed by the Catholic Herald in UK — that this group of theologians, psychologists, Mariologists, bishops, and cardinals, after four years of study, has deemed as “credible” the first sightings of Mary there.

Credible is defined as “believable,” “probable,” and “convincing.”

It isn’t clear what the Pope will do with the findings (thirteen votes in favor of those initial appearances, just one against, one undecided) — but if nothing else, it would seem the initial apparitions will be studied further and that there is significant chance the site will be declared a shrine with official parish pilgrimages (which is what the commission, regarded highly on all sides, recommended). A special papal envoy sent this year to Medjugorje returned with an even stronger evaluation.

It takes a moment of unemotional contemplation, perhaps with a pellet of humility, to let this sink in:

An august group of top-notch churchmen and relevant professionals who investigated Medjugorje as no others have — and who, unlike many detractors, spent time there, investigating the seers in depth — concluded that something supernatural indeed took place, though (as Vatican Insider also reported), “the commission noted a very clear difference between the beginning of the phenomenon and its following development, and therefore decided to issue two distinct votes on the two different phases: the first seven presumed appearances between June 24 and July 3, 1981, and all that happened later.”

While apparitions subsequent to those first seven were not dismissed (the commission split on these, taking a wait-and-see attitude, concerned with how some of them have been handled), there are two key “takeaways”:

First, the realization that seven apparitions is more than were officially accepted for famous historic sites such as Fatima and Guadalupe.

And secondly: raising the question of why there was virtual certainty over the first seven but not those since the beginning of July thirty-six years ago.

Here it becomes at once perplexing and fascinating.

One notes that for that first week the six seers were seeing Mary together or nearly all together. This uniformity is apparently important to the Church, solidifying the occurrences because there were so many seeing the same thing at the same time. (Actually, as the commission noted, there was a seventh seer for the first few days, a young woman named Milka.)

While critics have tried to make hay with the commission’s wavering and even skepticism about subsequent apparitions — ones that allegedly continue to this day — it reminds us of Fatima, where from May 1917 until October of that year six apparitions were seen by all three seers at the same time but where mystical experiences reported by all three Fatima seers afterwards (in the case of Sister Lucia dos Santos, for decades afterward) have not been officially ruled upon.

What happened after that first week (if it was the first seven days, it would actually be July 1)?

Communist officials and local police intervened at Medjugorje — dispersing crowds on “Apparition Hill,” hauling the seers away at various junctures, and thus splintering them, causing the visionaries to have separate apparitions wherever they might be — in one case, in an official van.

This intervention of government police began on the fourth day of the apparitions, as the atheistic government fretted about the effect it would have on the populace — and for good reason. The apparitions brought alive the Catholic faith not just in that nation but in many parts of the world.

On July 1, the villagers were summoned to a meeting at the Medjugorje school with the state security police (SUP). “It was announced that the children were to be banned from both the hill and the church,” noted a British journalist, Mary Craig. “The parents were threatened that if they allowed the children to go to the hill again, they might find them declared mentally unsound and debarred from all further education. They themselves came in for the sort of character assassination to which the regime frequently resorted.” 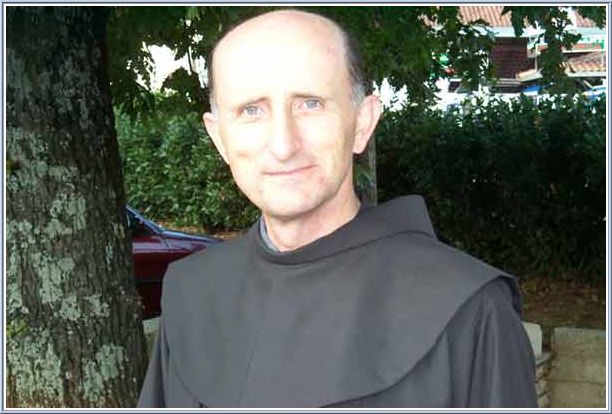 “Also,” noted a priest close to Medjugorje, Father Svetozar Kraljevic (in a book edited by Father Michael Scanlan, president of Franciscan University and a Harvard lawyer), “after July 3 we do not know the specific conversation of each apparition.

“Because of the large crowd, the site of apparitions settled on the hillside, where the Virgin continued to appear daily — until August 12, 1981, when the officials decreed that the hillside was off limits to everyone. Accordingly, the children moved the site to their village of Bijakoviç to the woods and field, where everyone gathered to pray and await the Madonna.”

Added the priest, “People from the government service were brought in to put a stop to the events. On the sixth day the children were again summoned to Citluk by the authorities, and then sent to Mostar, to the neuropsychiatric department of the Dr. Safet Mujiç Hospital. It was expected that the six children would be declared mentally ill, or hallucinatory, etc. In thorough examinations, however, they passed every test and answered all questions without guile or hesitation, so that Dr. Mulija Dzuzda declared them sound and healthy.”

In other words, due to the interruptions, it became difficult to keep track of each seer’s experience, reminding us of how local officials likewise interfered, the first week, at Fatima.

Like Fatima, Medjugorje seers were temporarily detained — soon, threatened outright with arrest. (Note: there were actually more than seven apparitions even the first seven days.)

And so a little mystery is solved.

Why just the first week (or thereabouts: July 3 actually breaks halfway into a second week)?

Due to suppression, and later, perhaps, the manner of certain visionaries. The Virgin warned the children in the very first year — repeatedly — that Satan would attempt to disrupt the “plan” she had for the apparitions — her warning to the world, her attempt at worldwide conversion, at rescue of the Church, at staving off chastisement.

As indeed, it seems, Satan came.

[resources: Our Lady Speaks From Medjugorje] and The Hidden Child of Medjugorje]