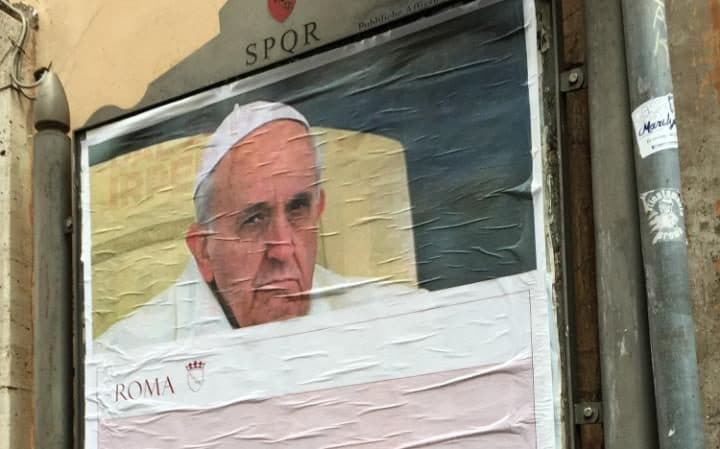 Posters accusing Pope Francis of attacking conservative Catholics appeared around Rome this weekend and were swiftly covered up by city authorities.

The posters, put up during the night between Friday and Saturday by mystery activists, featured a picture of a stern-faced Pope and the slogan: “Where’s your mercy?”

The text accused Francis of several interventions targeting conservatives, including what the posters called “the beheading of the Knights of Malta.”