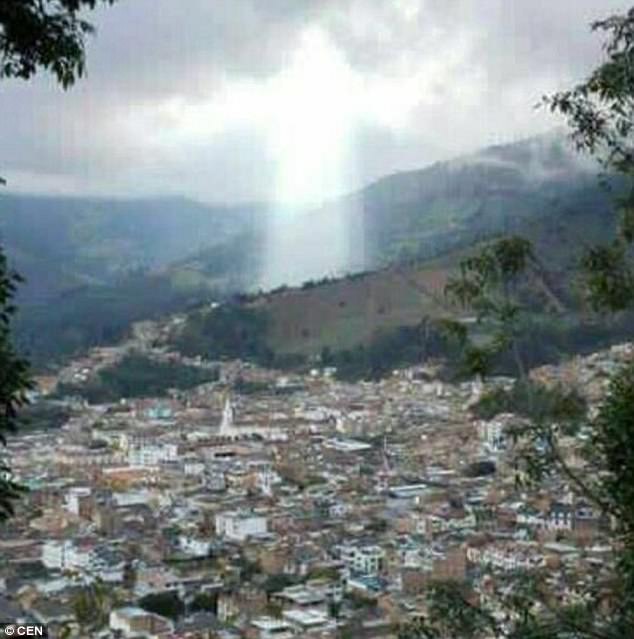 It’s curious: how most Catholic news outlets tend to hold the supernatural at arm’s length (we live in standardized times) while some of the mainstream press, especially tabloids, particularly in London, tend, despite their proclivity for the carnal, to also carry stories of a mystical (or allegedly mystical) sway.

Is this simply because tabloids are into titillation of any sort, or that they’re unafraid to tread onto such territory?

Below, some recent fare. Here we have miraculous events reported in one instance, last week, by the London Sun — which is owned by Rupert Murdoch, who also owns Fox News and the Wall Street Journal (and HarperCollins — our old publisher) — and two others in the London Star.

At any rate, some of what the tabloids report, in the way of potential manifestations, is interesting, while other of it seems imaginative and in some cases possibly fakery. In the case of a Crucified Jesus turning His head: a rope holding the statue may have snapped, some (from afar) speculated. (Could a man be dressed up as Him?) In other cases, it can be camera angles. Draw Grace where you might — but an important note: when we say “caution, tabloid,” it doesn’t simply mean possible sensationalism. It means a tabloid that can have very lewd photos in the margins — and present the near occasion of sin.

Our advice: just take what we glean from it, here, not at the tabloid itself. A swamp it is, in which we live — cyberspace as well as life.

But through the clouds is indeed often a sign, to everyone, in any audience, from God, Who may manifest signs in whatever way He feels fits the occasion and reach the masses in various interesting and unpredictable ways. 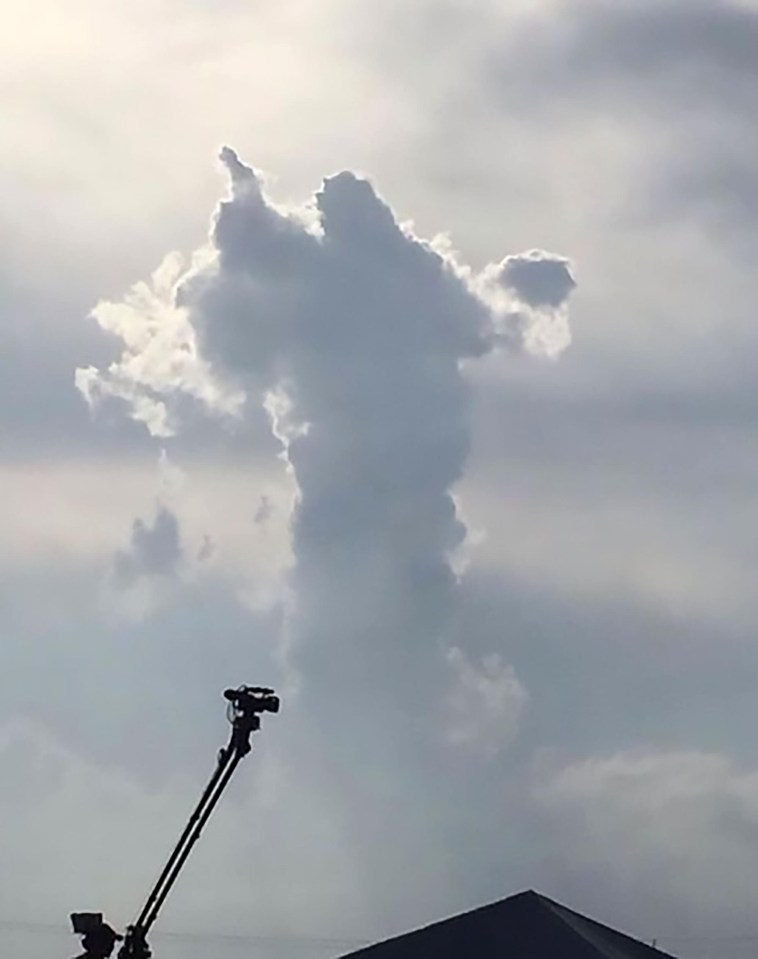 VENEZUELAN pilgrims were left amazed after they spotted a cloud which resembled the Virgin Mary. The rare cloud phenomenon was seen by those who were taking part in the traditional pilgrimage of Divina Misericordia (Divine Mercy) that was held on Sunday in the city of Maracaibo, in the north-western Venezuelan state of Zulia. 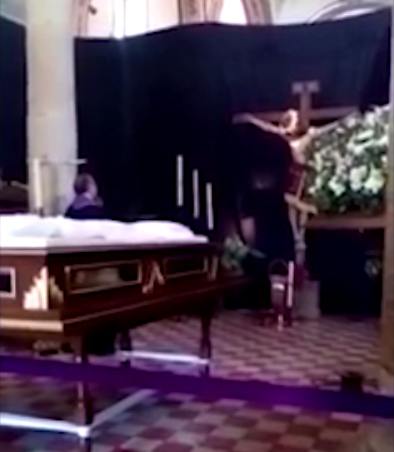 Filmed in a church in the Mexican state of Jalisco, worshippers claim the crucified Christ figure moves its head.

Witness Estela Gomez – who was at the service at the church of Santa Ana – told local media: “He wants to tell us something, he wants something from us.”

Just this week, survivors of a devastating landslide in Colombia claim Jesus saved them after his figure appeared in the sky. Witnesses claim a baffling video captured the moment the son of God appeared from the clouds to “comfort those grieving below.”