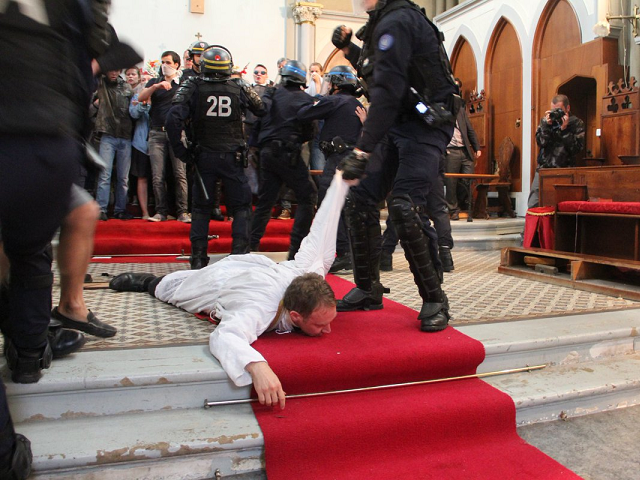 The doors of a Gothic revival church in the 15th Arrondissement of Paris were barricaded with pews this morning in an attempt to prevent the demolition of the building to make way for a car park and apartment building. Protestors including a Catholic priest and the local mayor were abused by riot police clearing the building ready for the bulldozers after the religious association which owns it decided to redevelop the site.

Shocking footage shot from within the church of Sainte-Rita this morning shows the congregation gathered around the altar as the priest, Father Jean-François Billot celebrated Mass in his full robes and chasuble with the assistance of servers. Over the course of the 40-minute video, the singing of songs of prayer became louder as the black-clad riot police smashed down the 19th-century wooden doors and cleared the pews, before carrying members of the congregation and protest out to the street.