While much of Fatima’s history is hashed and rehashed this week, there are elements that are lesser known or at minimum less realized, that won’t be recalled and broadcast– not exactly secrets, but hidden aspects.

Too often we forget that this extremely powerful and rising saint also appeared at Fatima.

That occurred during the final major apparition on October 13, 1917 — when he was seen in the sky by the three seers during the famous sun miracle, holding the Infant next to Mary, who was bedecked in white.

While not unique (Joseph was also seen at Knock, and a smattering of other historical apparitions, and has been reported in many unofficial recent ones in South America and the U.S.), it was a relatively rare event, accenting the mystical side of the hidden, vastly understated saint.

Yet mystical — if we believe certain private revelations — he was.

If a book called The Life of Saint Joseph — his life as revealed to an abbess in Italy named Maria Cecilia Baÿ — can be taken literally, the spouse of Mary and earthly father of Jesus was gifted supernaturally throughout his life — prone to prescient dreams not just during the betrothal to the Virgin and after the birth of Christ but since his own infancy. The revelation bears five Imprimaturs and Nihil obstats, and had the endorsement of Pope Benedict XV.

Joseph’s father, claimed the nun, was born in Nazareth while his mother was born, like the Christ Child, in Bethlehem. His father’s name, asserted Maria, was Jacob, and his mother’s was Rachel — both distinguishing themselves by leading an exceptionally holy life.

Upon the conception of Joseph, the abbess claimed, “three unusually bright stars, surpassing one another in beauty and splendor, could be seen directly above their abode. By this sign, God wished to indicate that Joseph was destined to establish the terrestrial Trinity, and become the head of the Holy Family.”

For our decipherment. It is at least a splendid historical novel — and probably much more. As a private revelation, not every detail can be called fact.

She received such details, said Maria Cecilia, through inner locutions, which she quietly recorded and left the library of the monastery in Montefiascone, Italy, where she was abbess from 1743 to 1766 — her writing “discovered” and circulated only years later, when a scholar stumbled upon the enthralling, unpublished work.

An angel was right there from the start, speaking to each of Joseph’s parents in dreams, wrote the abbess — informing them that their son would have the incredible privilege of seeing the promised Messiah.

Both parents were told, recounted the nun, to keep what they were told secret (thus, in a manner of speaking, secrets associated with apparitions go back much farther than Fatima).

Joseph is described in this gripping depiction as so serene and angelic that “the mere sight of him [even at earliest infancy] was an occasion of spiritual stimulation for everyone.”

So there’s that aspect: Joseph appeared at Fatima and was more mystical than given credit. He was not a simple bystander or “foster-father.”

And then there is a second relatively unappreciated aspect of Fatima.

This has to do with messages and insights the youngest seer, Jacinta — who this week will become “Saint Jacinta Marto” — received after that last major event in October of 1917.

Afflicted with the deadly Spanish flu in 1920, and confined to a hospital bed, the nine-year-old observed that the doctors who examined her did so only from the perspective of science, discounting the influence of Heaven, and pointing out their frequent medical failures because of this.

Here we have lessons for our own broken health-care system.

“Pity doctors,” she said, according to The True Story of Fatima: A complete account of the Fatima Apparitions by John deMarchi, I.M.C. “They have no idea what awaits them. Doctors do not know how to treat their patients with success because they have no love for God.”

She also was said to have told Mother Superior Maria da Purificacao Godinho, a religious who was close to her during her final days, this message for modern mankind — again relevant today:

“Do not give yourself to immodest clothes.

“Run away from riches. Love holy poverty and silence very much.

“Be very charitable even with those who are unkind.

“Never criticize others and avoid those who do.

“Be very patient, for patience brings us to Heaven.

“Mortifications and sacrifices please Our Lord a great deal.

“Confession is a sacrament of mercy. That is why people should approach Confession with confidence and joy. Without Confession there is no salvation.”

“The Mother of God awaits a large number of virgin souls to bind themselves to Her by the vow of chastity,” the young seer added. “I would enter a convent with great joy but my mom is greater because I am going to Heaven.  To be a religious, one has to be very pure in soul and in body. ” 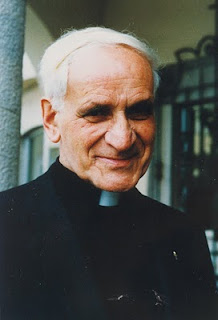 The booklet by Father De Marchi, who lived at Fatima from 1946 to 1950, and apparently returned later, there until his death in 2003, likewise has an Imprimatur and Nihil Obstat.

“And do you know what it means to be pure?” Mother Superior Maria da Purificacao asked, according to the priest’s rendition.

“I do, yes, I do,” the girl reportedly said. “To be pure in body means to preserve chastity. To be pure in soul means to avoid sin, not to look at what would be sinful, not to steal, never lie and always tell the truth even when it is hard.

“Whoever does not fulfill promises made to Our Lady will not be blessed in life.”

It is reported that Dr. Castro Freire, who received Jacinta at the hospital, diagnosed “purulent pleurisy of the large left cavity, with fistula; osteitis of the seventh and eighth ribs of the same side.”

Noted the booklet: “On February 10, 1920 Jacinta was operated on. She had much to suffer, for they could not give her a general anesthetic, because of her extreme weakness, and they had to be content with a local anesthetic, a method which was still imperfect at the time. She suffered greatly from it, and the pain was revived each time it was necessary to bandage the wound.”

As always, Jacinta offered it up for poor sinners, suffering not only physical but emotional pain, there in a Lisbon hospital without the comfort of her parents (who were forced to remain at Fatima) but comforted by her heavenly mother, and suffering without complaint.

[resources: The Life of Saint Joseph]