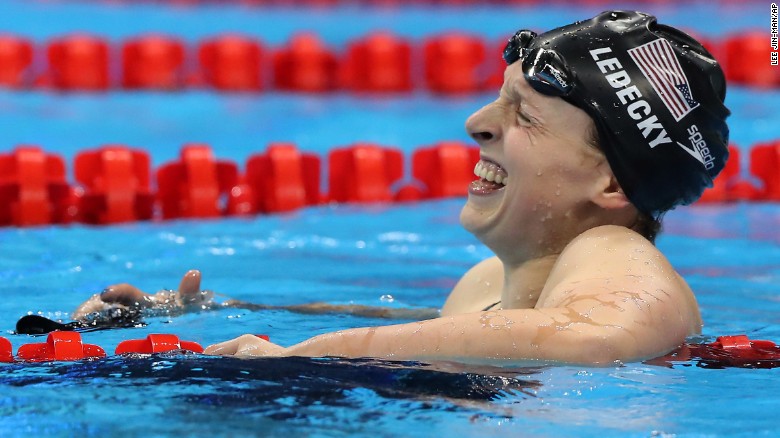 (CNN) As much as the swimming portion of the Olympics has been about saying goodbye to the legendary Michael Phelps, it has also been about introducing Katie Ledecky to non-swimming fans.

The 19-year-old American is building a legend of her own, capping her Rio Olympics with a stunning win in the women’s 800-meter freestyle Friday night. Stunning not for the fact that she won, but in how she did it.  Ledecky broke her own world record with a time of 8:04.79 and finished a staggering 11 seconds ahead of second place finisher, Jazmin Carlin from Great Britain.

[See also diocesan interview with her:]

Yet before every race, she’ll offer a prayer, she told the Catholic Standard, newspaper of the archdiocese of Washington.

“I do say a prayer — or two — before any race. The Hail Mary is a beautiful prayer and I find that it calms me,” she told the Catholic Standard in an email interview.