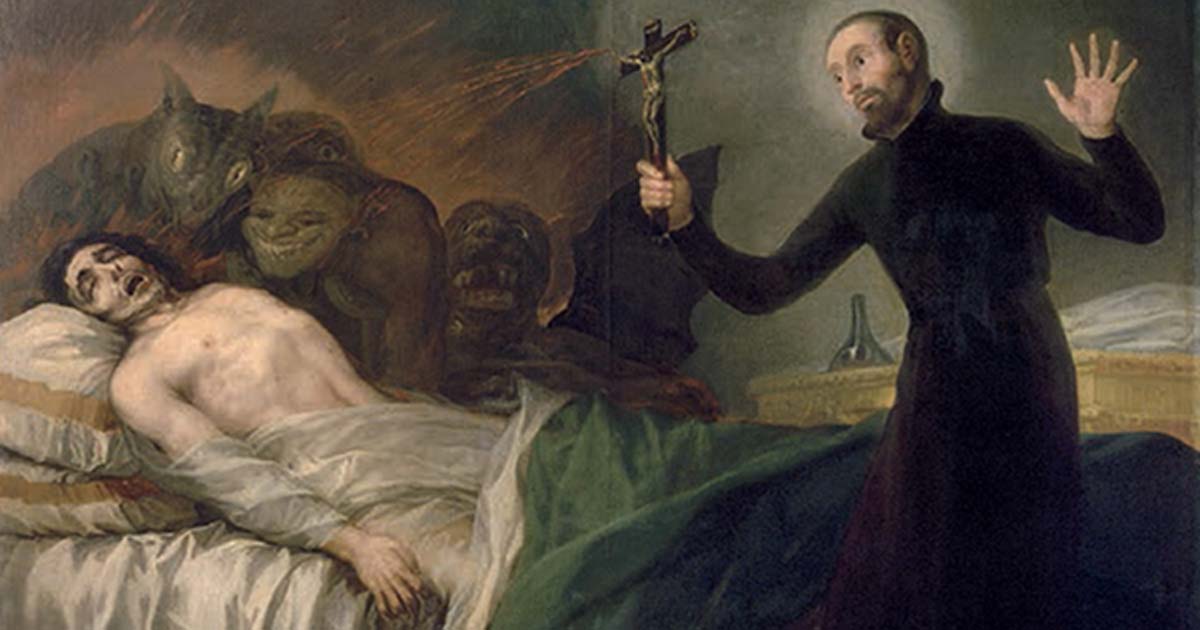 According to exorcist Father Paola Carlin, of Italy, when there are signs of extraordinary demonic activity in a home, there are “blows on the walls and in wardrobes, and closets, the sound of footsteps, the shuffling of furniture, the dragging of chains, the opening of doors and drawers, the turning on and off of gas burners, the opening and closing of shutters, the plummeting of temperature in the house in spite of a functional heating system, bad odors, the movement of objects, and their disappearance or discovery in unusual places. 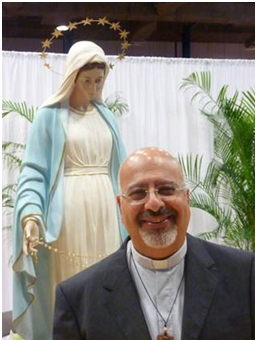 “When these phenomena are perceived by several occupants of the house,” says the Franciscan priest (author of An Exorcist Explains How To Heal the Possessed), “it is evident that they are not the fruit of imagination or hallucinations.”

Indeed. But let us add that manifestations don’t have to be quite so blatant to indicate the presence — sometimes nettlesome, sometimes minatory — of a spirit, whether demonic, purgatorial, or earthbound. These may cause smaller manifestations but a ruckus nonetheless in the way of slighter knocks, rappings, ticking sounds, compressions on a bed, a cool breeze across the skin (and not from a vent), and electrical disruptions of all kinds.

Although no such incidence should be tolerated, Father Carlin addresses the stronger manifestations, hallmarks of which may involve “objects that do not belong to the person or to the other inhabitants of the house — objects such as braids, plumes, garlands, ropes, hairs, or threads of various colors — [that] are found in pillows and mattresses.

“Other objects may appear on the floor, or on the furniture.

“Stains or holes may also appear inexplicably on clothing, curtains, blankets, or sheets.”

That kind of thing usually occurs with full-scale infestations. There are also the manifestations in the “ordinary life” of a person, Father Carlin, a doctor of theology, points out, such as physical maladies that medications and various cures can’t resolve, relationships that are broken off without explanation and valid motive, sudden job loss or continuous obstacles at work, sleep disturbances, including monstrous dreams or nightmares, or sudden reawakenings, “usually between one and four in the morning.”

“At times these persons speak of waking up tired, notwithstanding many hours of rest; or they find bruises, marks, wounds, and scratches on their bodies. They may report waking up in pain, as if they had been hit, or have migraines. They may experience sudden apathies, depressive thoughts, or feel that somehow time itself has slowed down.”

Still others perceive noises and odors (rottenness, sulfur, burnt items, smoke, excrement) or see shadows or presences around them. An agitated state — sudden, unmotivated shifts in mood — should be watched, especially if they entail resistance to prayer and the sacraments. Much of what he writes are the basics of exorcism.

In general, he points out, a demon is set on disrupting us; unnerving us; making us fearful; causing us to take umbrage; making us think that God has abandoned us. We may even begin to react against praying or attending Mass — or have extreme thoughts of lust or suicide.

Yet, as Father Carlin points out, God never abandons us; we abandon Him — through lack of faith and prayerfulness. At the first sign of any negative spiritual influence, one must stop and pray it out before it roots like a weed. We must rid our homes and workplaces of anything that may draw darkness. And invoke the Holy Spirit to enlighten us, for evil blinds us to its reality. Cleanse your home spiritually in the same way you do physically. Make it “spic and span.”

Unclean spirits flee from “hygienic” circumstances, which come through prayerful diligence, cognizance of a problem, and discipline.

Beware too the signs of an incipient presence. Is there obsession? Depression? Anxiety? Confusion? Oppression? Those can be markers. The battlefield is the mind. And the mind, in conjunction with God, is also the place of… victory.

What it takes is knowing where the enemy is and when he comes and dealing with him and his minions boldly, forcefully, and promptly.

[resources: An Exorcist Explains How To Heal the Possessed  and Michael Brown retreat, including spiritual warfare: Virginia-DC] 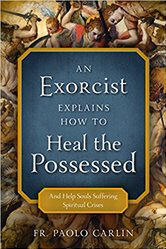