It shudders, beneath our feet.

It shifts, figuratively and literally.

And it causes us to recall how Sister Lucia dos Santos of Fatima said that a further “enlightenment” of her third secret concerned that angel touching the earth with a sword. What he was doing, she was shown, was not necessarily torching it (as in nuclear war, although that of course is also possible) but touching — and affecting — the earth’s axis.

That, she speculated, meant some sort of future geophysical disturbance. Wrote the famed visionary in the 1940s (but revealed only recently): “The tip of the spear as a flame unlatches and touches the axis of the earth. It shudders. Mountains, cities, towns, and villages with their inhabitants are buried. The sea, the rivers, and the clouds emerge from their limits, overflowing and bringing with them in a whirlwind houses and people in numbers that are not possible to count. It is the purification of the world as it plunges into sin. Hatred and ambition cause the destructive war!” 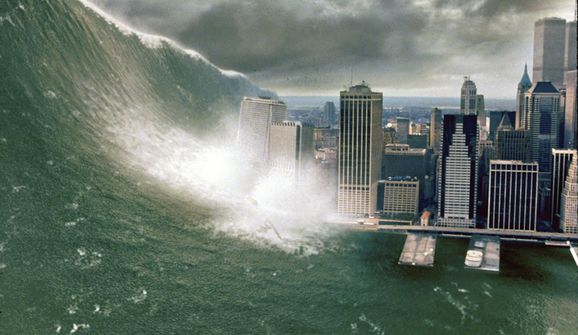 This seems to clarify the rumored statement of Pope John Paul II in Fulda, Germany, in 1980 whereby he told a group of pilgrims who asked him about the then-undisclosed Fatima secret that “it should be sufficient for all Christians to know this: if there is a message in which it is written that the oceans will flood whole areas of the earth, and that from one moment to the next millions of people will perish, truly the publication of such a message is no longer something to be so much desired.” Mystery solved: He was referring to the enlightenment, not to the secret itself.

And it turns our eyes to 2011, when a massive earthquake that struck northeast Japan on March 11 slightly accelerated the earth’s spin and thus shortened the length of earth’s day by a fraction (1.8 microseconds), shifting how the planet’s mass is distributed.

It was a microcosm of what could happen.

Even if metaphoric, one wonders, in our time, one wonders this year, this month, this week, is the earth — the sand — not shifting beneath our feet? 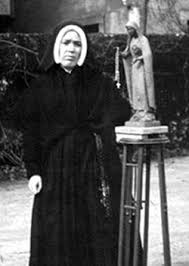 News item (October 20): “On Thursday, scientists released a study warning that the Garlock fault, which runs through the Mojave Desert in southern California, has been moving for the first time on record. The fault is capable of producing a magnitude 8 earthquake, though it’s currently moving at a slow, continuous pace – a process known as “creeping.”

News item (October 18): “A magnitude 3.5 earthquake rattled parts of the Los Angeles area early Friday. The quake, initially calculated as magnitude 3.7, hit at 12:19 a.m. and its epicenter was near the intersection of Compton Boulevard and Alameda Street in Compton.”

Elsewhere on the Pacific Rim (October 17): “MANILA, Philippines — A strong and shallow earthquake struck a southern Philippine province and outlying areas Wednesday night, damaging a small college building in one city and prompting residents to dash out of homes and shopping malls in panic, officials said.

Even Texas has had several temblors — as well as  tornadoes (in Dallas) — in the past few days.

Figuratively — politically — the earth is shifting. Listen to rumblings in Turkey. Did you know (when it was called Anatolia) it was once utterly devastated by quakes? Religiously, there are rents in the earth: Only two-thirds of America now consider themselves Christian! Facebook and Amazon and Apple, with all their cold sterility, have taken over. Culturally, anything goes and everyone goes along with it.

The abortionists are poised, after years of being backed off by the current White House, of taking the offensive. Gays are forcing acceptance down Christian throats. Say anything negative about sodomy and you’re intolerant!

Who would ever have thought — or even joked — that one day there would be several (and even dozens) of “genders”?

Man is being dehumanized; the demon is erasing the image of God.

In Washington, no one knows what to expect, only that Christians see their last chances dwindling,  sensing that a reprieve from the trend of stripping away religious rights could go soon.

Much will drop in coming months. Russia is a real threat in Syria, and what happens in Syria will circle into prophecy.

If Damascus falls, watch out, claims one author. 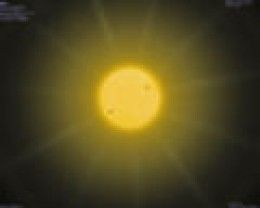 “The Hebrew prophet Ezekiel wrote 2,500 years ago that in the ‘last days’ of history, Russia and Iran will form a military alliance to attack Israel from the north,” writes Joel Rosenberg, who has pointed to Old Testament scriptures like Isaiah 17 and Jeremiah 49 to potentially assess the current events unfolding inside Syria. “Bible scholars refer to this eschatological conflict, described in Ezekiel 38–39, as the ‘War of Gog & Magog.’” He added, “Are these sudden and dramatic moves by Moscow and Tehran…simply coincidental, or [do they] have prophetic implications?”

As CBN adeptly put it, “For those who believe Syria will play a role in eschatological (end times) scenarios, Isaiah 17:1–3 is paramount. It reads, “See, Damascus will cease from being a city; it shall be a ruinous heap. The cities of Aroer are forsaken; they shall be for flocks, which shall lie down, and no one shall make them afraid. The fortress also shall cease from Ephraim, and the kingdom from Damascus, and the remnant of Aram; they shall be as the glory of the sons of Israel, says the Lord of Hosts.”