We know from Scripture that God does not speak in conundrums. Like His Son, He is direct. There is no use “decoding” the Bible. Symbols, yes; maybe riddles in the manner expressed in Psalms (via a harp). Bible codes, no. The Bible is not a crossword. 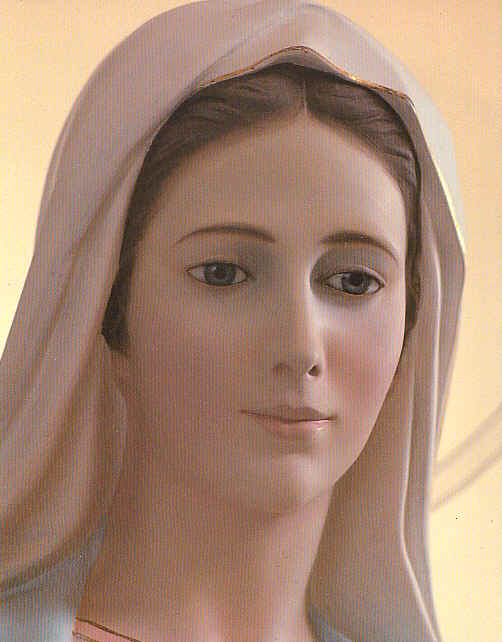 But are there times that the Lord or His Blessed Mother alerts us subtly — so subtly that it nearly seems like a riddle?

It’s a question that arises with apparitions. There is the Church-approved site of Betania in Venezuela, for example, where the late seer Maria Esperanza once made two esoteric remarks that may now be seen as potentially dovetailing. “It will begin here,” she said, when asked about major events looming in the future — or at least, aspects of such events.

“It will begin here.” It was not clear exactly what might start in Venezuela.

But the remark becomes interesting in light of another quote from Esperanza.

“The yellow races,” she once told us (and meaning no ethnic disrespect), “will stand up.”

That was said in December of 1991, and of course one could take this as relating to any number of Oriental nations including North Korea, and, more ominously, China.

Is it pertinent? Is it a hint? Might it also mean the Middle East (which was the original Orient)?

The Chinese situation is especially acute because it is the world’s most populous nation, it has a substantial nuclear arsenal, it maintains Communism (and direct persecution of Christians), and its economy has entered the modern era with a vengeance (replicating the Japanese miracle of two decades ago, but this time with a far greater set of human resources and military power).

Moreover, and perhaps more to the point, China recently has made overtures to Latin America and especially Venezuela — where President Hugo Chavez has risen as the new Castro, vowing a great build-up of military forces, cooperating even with Iran, openly ridiculing bishops, and spewing hatred toward the United States.

China in alliance with Venezuela (and perhaps also Russia) would not be a welcome development. Recently, Russia and China conducted war games together.

These are all possibilities from the arcane utterances from sites of apparition. Do they bear weight? No seer is perfect. The best of them have missed the mark; as Scripture tells us, all prophecy is “imperfect” (1 Corinthians 13:9). Situations shift in time.

But the run of weather events worldwide, which had been gaining momentum since the early 1990s, seemed to heighten in December of 1999, when there was a devastating storm and mudslide (killing perhaps 20,000) near Caracas: Was that what was meant as “beginning” there — an upsurge in natural disasters (occurring, as the mudslide did, less than an hour from Betania)? Can we discern anything from remarks that are so elliptical?

We will have more on such prophecies in the days ahead.

In Medjugorje, the more famous but so far unapproved apparition site in Bosnia-Hercegovina, matters may be becoming more direct. For years there have been those close to the apparitions who have decried any link between alleged prophecies contained in “secrets” at Medjugorje and ongoing current events.

Nothing, many of them argued, would serve as precursors to what is prophesied as warnings and a “great sign” forecast from Medjugorje. Hurricanes? Tornadoes?

They were impertinent, argued those who saw no relation between “signs of the times” and what is foreseen by the visionaries.

But that outlook now seems at odds with messages from the apparition itself, the latest granted Sunday and with no small drama during a monthly apparition to the seer Mirjana Soldo, who quoted the Blessed Mother as telling her:

“Dear children, in this time of God’s signs, do not be afraid because I am with you. The great love of God sends me to lead you to salvation. Give me your simple hearts, purified by fasting and prayer. Only in the simplicity of your hearts is your salvation. I will be with you and will lead you.”

God’s signs, she was saying, indeed are occurring.

Those words carry weight because though not approved, Medjugorje is the most widely followed apparition since Fatima and its messages are usually sedate, understated, and circumspect.

If one believes Mirjana — whose daily apparitions ended in December of 1982, and who was the first to receive all ten secrets promised each visionary (and we have no reason to disbelieve her) — there is no alternative but to accept that events currently transpiring in the world do constitute “signs” and that they are preceding the prophesied “warnings” which in their turn precede chastisements (as well as a large sign).

The fact that the Blessed Mother was assuring us not to fear — in this latest message — would seem to indicate that the signs to which she refers are not all sanguine, are not only claims of sun miracles and other alleged supernormal lifts, but also manifestations of societal evils and the outbreak of severe weather, fires, and quakes in places like Peru and Greece and the U.S., now too Central America — events that can cause trepidation.

In April of 2006, Mirjana reported that the Blessed mother went so far as to ask, “My children, do you not recognize the signs of the time? Do you not speak to me? Come follow me” — a direct instruction, it would seem, not only to believe that signs are occurring around us, but to spread word of them, despite skepticism.

It has turned into a constant theme.

“Only with interior renunciation will you recognize God’s love and the signs of the times in which you live,” said Mary. “You will be witnesses to these signs and will begin to speak of them,” she added — a clear admonishment.

As far back as 1992, the Blessed Mother, in a monthly message to another seer, Marija Pavlovic, instructed the faithful to read Sacred Scripture, fast, and pray “to understand the signs of the times.” The question may be how many fast.

And in 1984 the Blessed Mother said that there would be “future signs” linked to unbelievers (or “those who do not know the love of God,” as Mirjana often puts it).

The recent messages have conveyed more force and the priest Mirjana has chosen to release the first of her secrets has been in the United States stating his impression that events are moving more swiftly in this direction.

“Hurry to be converted,” a locutionist who was not one of the main seers claimed the Virgin told her two years before. “Do not wait for the great sign. For the unbelievers, it will be too late to be converted. For you who have faith, this time constitutes a great opportunity for you to be converted, and to deepen your faith. Fast on bread and water before every feast, and prepare yourselves through prayer.”

In 1983 she allegedly told the same locutionist, “Be converted. It will be too late when the sign comes. Beforehand, several warnings will be given to the world.”

The use of the term “too late” resounded on August 25 of this year when Marija Pavlovic reported the monthly message as saying,

“Dear children! Also today I call you to conversion. May your life, little children, be a reflection of God’s goodness and not of hatred and unfaithfulness. Pray, little children, that prayer may become life for you. In this way, in your life you will discover the peace and joy which God gives to those who have an open heart to His love. And you who are far from God’s mercy, convert so that God may not become deaf to your prayers and that it may not be too late for you.”

“Convert so that God may not become deaf to your prayers and that it may not be too late for you” [our italics].

Does that tie in with earlier words and indicate something hidden that approaches — or is it simply a repetition of verbiage?

In the very beginning of the apparitions, it was pointed out that Blessed Mary (or “Gospa,” as she was known there) gave a sobering message for the world that has a strong parallel to the current message. It too mentioned a time when grace would expire. As quoted in books of those missives:

Our Lady promised to leave a supernatural, indestructible, and visible sign on the hill where she first appeared. “This sign will be given for the unbelievers. You faithful already have signs and you have become the sign for unbelievers. You faithful must not wait for the sign before you convert; convert soon. This time is a time of grace for you. You can never thank God enough for His Grace. When the sign comes, it will be too late for many.”

Events loom. The clock ticks. But how soon is “soon”?

The “word” here: sooner than in previous decades.

[resources: Queen of the Cosmos and The Fruits of Medjugorje