Back in February 1972 — fifty years ago last weekend — the Ukrainian Catholic activist Josyp Terelya, who spent nearly twenty years in the Soviet gulag (prisons) for his faith, was at Vladimir Prison a hundred miles northeast of Moscow when the Virgin Mary allegedly appeared to him.

It was the second time he’d been in this maximum-security prison, reserved for those with ten-year sentences (most, life terms), in the branch of the frigid, forbidding place known as Special Corpus Two.

After an investigation of articles he was writing, officials decided, without an official decree of death, to do away with him. For many years the Russians had tortured him — as they tortured many Catholics in Ukraine (killing tens of thousands, creating a famine that caused literally millions to die, and even nailing priests to walls) — and now they placed him in Cell 21, a so-called “freeze cell.”

There was no heat.

When he froze, there would be no evidence that they had killed him. After years of trying to break him down — throwing buckets of water on his head outside during winter, when he refused to voluntarily remove religious items, forcing needles through his wrists, aiming a spotlight at him all night to prevent sleep — they were going to be done with him.

Russians were okay with the Orthodox Church, which the KGB (which bred Vladimir Putin) controlled. But not with authentic Orthodox and especially not with Catholicism.

So noteworthy were Joseyp’s faith and suffering that upon release, as Communism fell, John Paul II met privately with him several times, including at the weekend papal retreat at Castel Gandolfo.

During that horrible torture in Cell 21, as he felt his hair stiffen and eyelids freeze (they had removed his blankets and clothes), the Blessed Mother suddenly appeared, he claimed, warming the room and speaking to him. “You have called me,” she had said unforgettably, “and I have come.”

Many years later, in Canada, Josyp would make assertions about new “revelations” that had to be discerned very cautiously. But the experiences in prison seems imbued with first-tier-apparitional authenticity.

During that February 12, 1972, apparition, Josyp had recalled, the Virgin had reached with her left arm and showed him visions of the future.

“It was what could happen if mankind does not come back to her Son.

“I saw entire landscapes. I saw a river I recognized, the Amur. I don’t know how I knew it was that river. I saw many islands there. I saw tanks on the Soviet side — but not the Soviet type — and a city in flames.

“Siberia was on fire to the Ural Mountains. I saw Moscow, and the people there had faces that were twisted and deformed. Moscow was sinking and throughout the city were strange creatures running down the streets.”

It must be remembered that Terelya was an ardent Ukrainian activist.

Isn’t Russia now on the path of conversion?

Perhaps. Perhaps not. Church attendance is just six percent — significantly lower than the U.S. — and the abortion rate more than twice as high (leading the world in one recent survey, Russia had a ratio of around 480 abortions per 1,000 live births, while the United States was around 200; a recent analysis from Germany in 2015 showed 135 abortions per 1,000 births.) Meanwhile, some Kremlin experts accuse Putin of having a team that stages various events to portray him in various roles, including that of candle-lighting devout Orthodox church attendant (as well as big-game hunter, karate expert, and other appealing roles).

“The world is cold and spiritless,” the Virgin allegedly told Terelya, “as it was before the Flood.”

When the Mother of God looked into the future, said Terelya, she told him, “I see fire. The villages are burning. Water is burning. The very air is on fire. Everything is in flames. If people do not convert to Christ, there will be war. There shall be a great conflagration.” 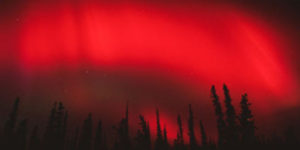 She reportedly added, “All you who have heard me today, you must go into the world and witness about what is to come.”

And so, at times of international tension — now once more between Russia, which is trying to reconstitute the old Soviet Empire — and Ukraine, we are reminded to pray: for Russia, for Ukraine, and for authentic conversion in a part of the world where Christianity at least now had begun to regain its old footing. And the Ukrainian crisis may yet be resolved through diplomacy.

“If Russia does not accept Christ the King, the entire world faces ruin,” she later told him, during an apparition after his release. “Pray for ravaged Russia. You can save the world by your prayers. How many warnings must mankind be given before it repents?”

“Ukraine, this is why I have come to you,” she supposedly said during apparitions at a church in Hrushiw. “For you were among the first of nations to become mine. You alone have not lost hope and love, though you have been inhumanely persecuted.”