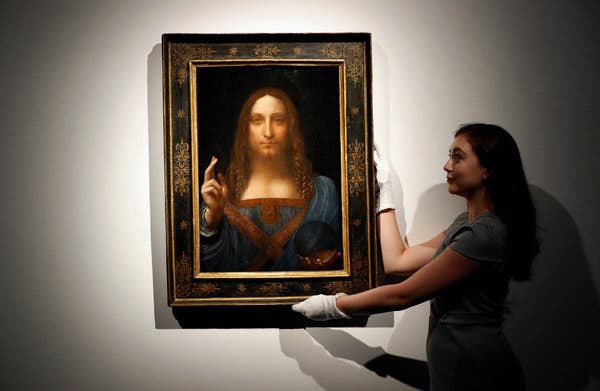 Few works have evoked as much intrigue, either in the world of art or among the courts of Persian Gulf royals. First, its authenticity as the product of Leonardo’s own hand was the subject of intense debate. Then, in November 2017, it became the most expensive work ever sold at auction, fetching $450.3 million from an anonymous bidder who turned out to be a close ally and possible stand-in for the ruler of Saudi Arabia, Crown Prince Mohammed bin Salman.

Now, the painting is shrouded in a new mystery: Where in the world is “Salvator Mundi”? Although the Abu Dhabi culture department announced about a month after the auction that it had somehow acquired “Salvator Mundi” for display in the local Louvre, a scheduled unveiling of the painting last September was canceled without explanation. The culture department is refusing to answer questions. Staff of the Louvre Abu Dhabi say privately that they have no knowledge of the painting’s whereabouts.