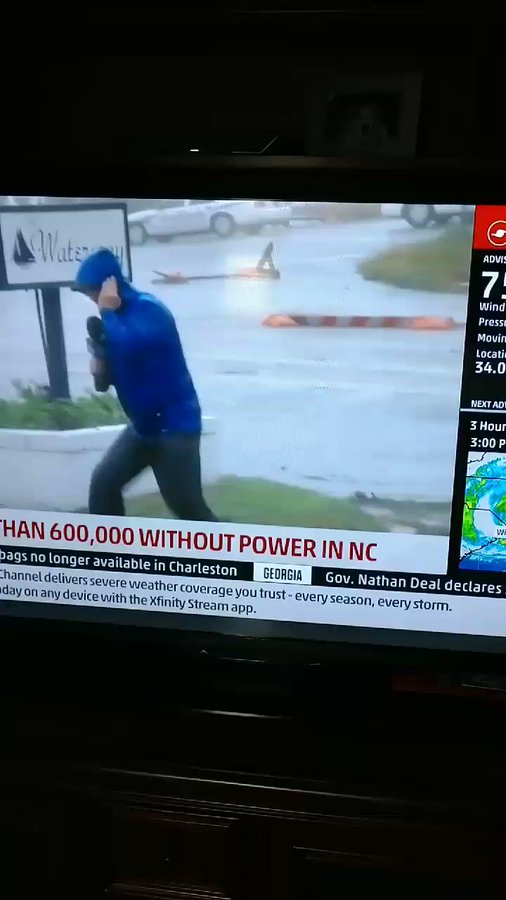 As Hurricane Storm Florence lashed through the Carolinas with howling winds and heavy rain, one reporter was captured attempting to keep it together as winds appeared to lash at him, but was mocked when two people were seen walking behind him with little difficulty.

The viral video, which has more than 13.6 million views, showed Weather Channel correspondent Mike Seidel in Wilmington, North Carolina, trying to fight the heavy wind as he reported live from the storm on Friday.  “This is about as nasty as it’s been,” Seidel said.