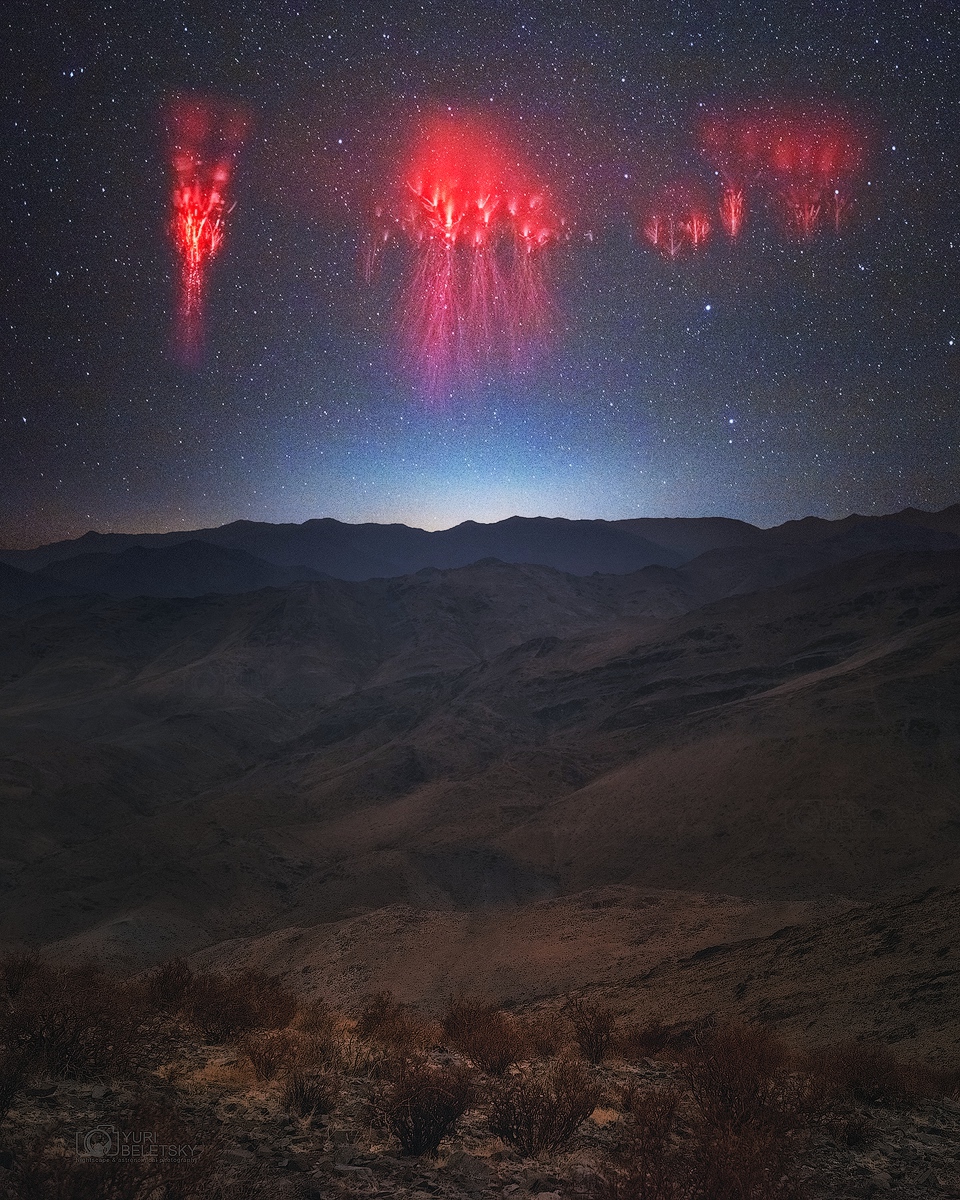 The news last week that former CDC chief Dr. Robert Redfield believes the SARS-CoV-2 virus may well have come from a laboratory, though a notion taken seriously by many (including us), complicates the viewpoint, often held by the same folks, that a vaccine is unwise, even alarming.

The complicating aspect: if the virus is from a laboratory and, furthermore, has artificial “gain-of-function” components (was genetically manipulated to spread more readily), don’t we need something artificial (a genetic vaccine) to fend it off? Might it not be beyond the competence, some might ask, of natural antibodies?

Interesting questions, of which there are endless ones, usually with no definitive answers. The questions will last for years, if not decades. Meanwhile: how long will the current vaccines last? Will we need new ones in a few months or so? When does it stop?

What a whipsaw this is! Everyone is everywhere on the topic. While a poll shows half of those who supported Donald Trump for president are against vaccines, Trump himself was vaccinated and recently promoted taking them, as does a key religious ally, Franklin Graham, who said Jesus would probably have advocated for vaccination. This has riled the base. And while many conservative Catholics (again, among whom we number) are justifiably concerned about the links of vaccines to aborted tissue (some more directly than others), Benedict XVI, the most conservative Pope in decades, took the Pfizer vaccine (which along with Moderna has the least connection with abortion) at the frail age of 93. (So did less conservative Pope Francis, 84.)

As for the laboratory angle: if the covid virus, technically known as SARS-CoV-2, is totally natural, one wonders why the last SARS-type virus that erupted was not nearly as transmissible.

That was in 2003, and over 8,000 people from 29 different countries and territories were infected, with 774 dying worldwide — a fraction of what we have seen with this current SARS virus. Whether natural or synthesized, this is a new animal.

We are sent many dozens of e-mails on this subject, and respect all viewpoints, while maintaining guard against “experts” and amateur sleuths who make Youtube or social media videos. Be careful: many come across as knowing more than they do or even can, at this point. Our main guide remains the Holy Spirit. Every body is different.

Can the vaccine be dangerous, at the very least for some?

Unsupervised, yes. We spoke today with a woman whose brother died of brain hemorrhage two days after receiving the Moderna vaccine. She was quick to explain that he had a history of heart problems and even possible past strokes — had been in ICU for his health issues shortly before taking the vaccine — and tested positive for the covid antibodies, indicating he may have been infected by the virus a while ago. Covid can weaken brain blood vessels and cause them to leak (as can the inflammatory response from a vaccine). If a person already has inflammation or possesses covid antibodies, the vaccine may add to inflammation with release of what they call cytokines. Most problematic: AstraZeneca, which was just paused for those under 55 in Canada due to brain blood-clot concerns.

It points up the irresponsibility of allowing anyone who may be physically compromised, especially the very elderly or those with heart or vascular issues, from receiving the vaccine without a degree of medical consultation. Translation: if highly vulnerable — in precarious health to start with — ask God and your doctor (in that order, with first priority listening to Him).

The simple fact is that when it comes down to hard decisions, some rush to social media and view videos with facts that have been distorted or cherry-picked (ignoring contrary data or opinions). Balance, balance, balance: with all things. A balanced viewpoint is the best avenue toward spiritual, emotional, intellectual, or physical health.

In the same community where the fellow we mentioned died, the top chef at a restaurant where no employees wear masks recently died of covid, as did a beautician in his fifties at a nearby salon that likewise eschewed safeguards. The nurse at our church who is overseeing vaccinations nearly died from covid a few months back.

This isn’t a political game. 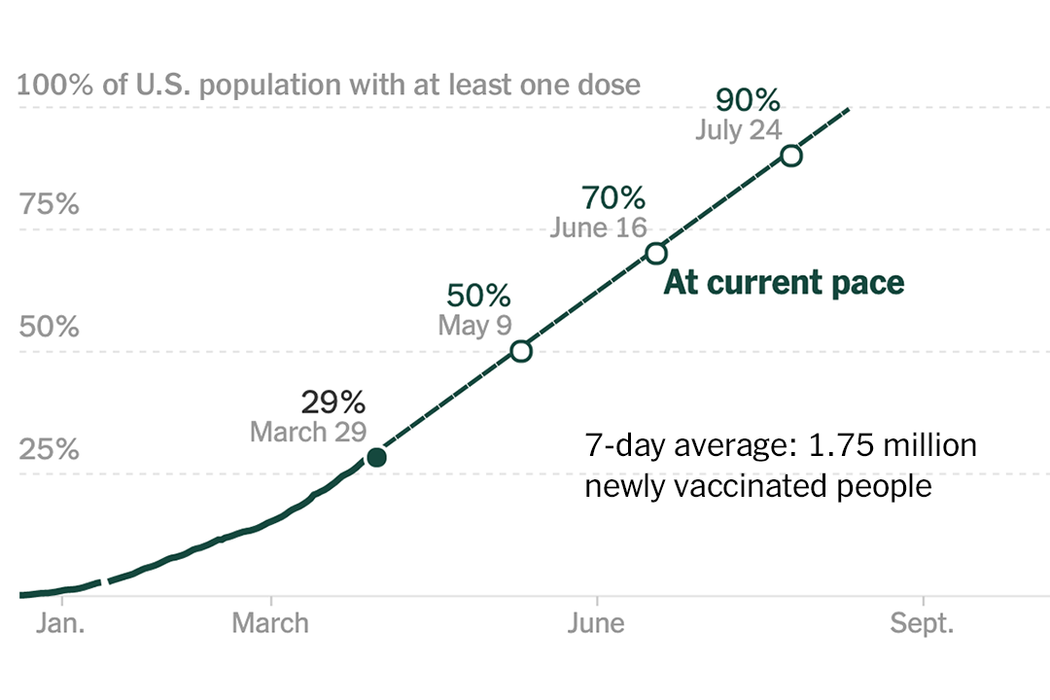 No question: these vaccines, two of which deploy brand-new technology, were developed very quickly. Those who argue for them despite that “warp” speed point out that most vaccinations take longer in the development and test phases because they don’t have the immediate money that was made available for covid research, and that the testing has been every bit as rigorous and extensive as any vaccines.

So far, official numbers from various scientific sources around the world report surprisingly few serious side effects. If the vaccines were so dangerous, with now half a billion doses administered worldwide, would not hundreds of thousands be keeling over? One needs to consider that. But as with any medical intervention, it’s certainly too soon to know about potential long-term effects. What we need are analyses independent of pharmaceutical companies.

Are the vaccines causing a form of birth control? Are they intended for population management? Do they not change the very nature of humans, meddling with DNA? And as one amateur Youtuber proclaimed, might they even steal a piece of the soul?

Listen to all sides but watch out for radical claims and those who know it all. (Is Bill Gates or someone trying to control us? The next “special report” will tackle that subject.)

We attempt to weigh all the vaccine concerns — especially the moral-spiritual ones — with the potential life-giving benefits (which are also a moral-spiritual aspect). For weeks on the decline, viral cases are now swinging back up.

We’re skeptical that Jesus would support much of modern life, medical or otherwise. He lived in such a natural time. We live in a stew of chemicals. Most often we oppose injecting anything artificial, including vaccines, into the bloodstream. Yet, in listening to both sides, it is clear that if experts (those who actually work with viruses, DNA, and mRNA, at the world’s foremost institutions) are correct, the mRNA in the Moderna and Pfizer vaccines is quickly extinguished by the human immune system and has no capability of interacting with a cell’s DNA.

In fact, they say (for those interested in actually viewing experts who work with it and speak about it), the affected part of the human cell cannot even make DNA; it lacks the protein. The mRNA never enters the nucleus (where one finds chromosomes). They say the cell is simply programmed by the mRNA to create a spike protein mimicking that of the coronavirus, triggering the natural immune system and “training” it to quickly react if it “sees” the real thing. Translation: it does not turn you into a cyborg.

Yet looked at from another perspective, its use of nanotechnology — exquisitely tiny biological components — may be more of a concern (we don’t like nano-technology).

We’d like to know why there isn’t more focus on treatments: whether with monoclonal anti-bodies, ivermectin, budesonide (inhaled steroid used in asthmatics), or, preventatively, with vitamin C, D, and zinc, azithromycin. Bolster the immune system first and foremost with natural fruits and vegetables. (Think: broccoli. Think spinach.)

Any vaccine can be a time-bomb. So can any virus. Many mention fear — that we should not fear.

But even this is complicated.

There is fear of the virus.

There is also fear of the vaccine.

If both are artificial, which fear is more valid? (Our advice: when there is proper prayer — and Holy Week is prime time — we fear nothing).

[Footnote from 2 Timothy 1:7 For God gave us a spirit not of fear but of power and love and self-control.]

[Photo at top, sprite lightning, from NASA astronomy photo of the day]