Don’t we wish we knew what was there?

Few realize how much a mystery our own subterranean world is. We tend to think, in error, that every inch of earth has been probed, plotted, scanned, portioned, mapped, radared, and neatly tucked between notebook binders for geology confabs or presented, with finality, in museum dioramas.

Fat chance. We know more about the surface of Pluto than what’s at the center of our own planet.

The core is 4,000 miles down, and we’re not even sure what exactly composes the thick layer or mantle between the core and the surface layer, or “crust.”

We’ve only probed halfway into the thickest part of the crust, even though, in the scheme of the rest of the planet, it’s comparable, at nine to twenty-five miles, to the skin on an apple.

Ditto for the floor of the ocean: there are mountain ranges down there with peaks that dwarf Everest and super-volcanoes that put Etna to shame, but we’re not even sure how many underwater volcanoes — mega ones — there are. (Recently, we got a notion of it all, with the one near Tonga that generated a tsunami.)

We’re not even sure if the earth’s core is solid or liquid.

Odds are great that’s it’s molten. For even half a dozen miles down, it starts to get oven-hot.

Ask Russian drillers who had to halt work on the “Kola Peninsula superbore,” the deepest hole ever drilled from the surface, reaching half a mile farther down than the deepest part of the ocean. They were starting to drill less through rock and earth than a thick “soup.” 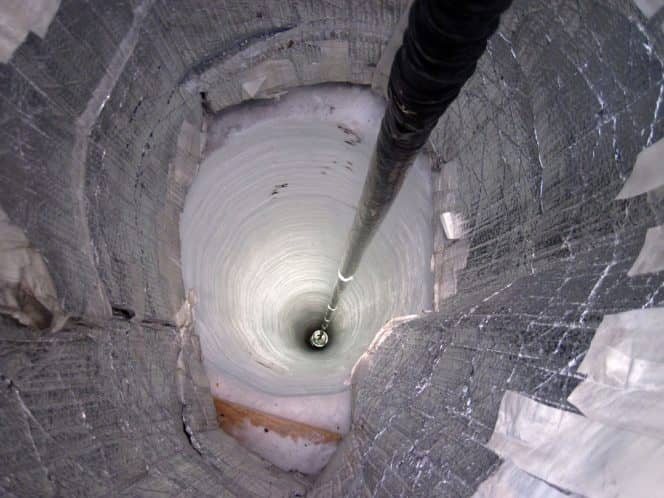 Today the hole — begun in 1970 and continued periodically for the next twenty-four years– has been all but forgotten, amid strewn remnants in a silo that housed drilling equipment — a steel lid just nine inches across, bolted with twelve nuts amid strewn pieces of broken wood, metal, and cement, in the remote countryside up in the far northwest of Russia, completely within the Arctic Circle.

If you could unbolt those nuts, you’d be looking into a hole that at its deepest (and darkest) goes seven and a half miles below the surface — yet barely scratches the surface! 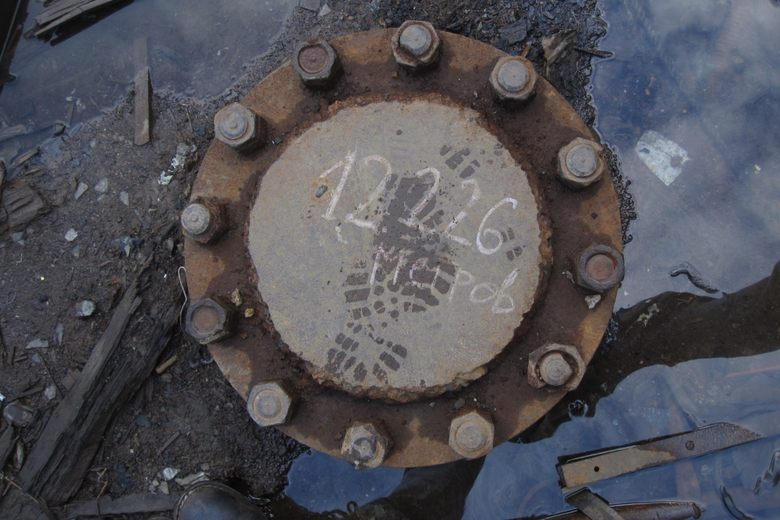 Can you imagine peering down the deepest hole ever drilled from the surface?

There long have been stories about strange sounds — hellish sounds: wails, shouts, and screams — heard coming from the bore, and this of course was a hoax — right?

Well, in all probability, yes: World of the News supermarket tabloid fabulation.

But then again: spirits are everywhere.

More likely to be “haunted,” though not nearly as deep, is an even more mysterious network or array of tunnels that have been discovered from Scotland to Turkey. They’re just below the surface, sometimes with an entrance in the side of a hill, and in Germany were known as Schrazelloch (“goblin hole”) — built, says legend, by elves for gnomes.

Or so is the mythology — and the imagination naturally runs rampant, for no one knows who built them, why they built them, nor where they all lead.

Most are less than a football field in length — several feet high and just a couple feet wide, at least two thousand, with most of them in Bavaria, Austria, France, and Spain.

The mysterious passageways are (literally) breathtaking at many junctures, just wide enough for a fit adult male to wiggle through, but not large enough for a u-turn! No place for claustrophobics — or for that matter anyone who doesn’t have an oxygen tank or a map of exits. Speculation on their use: escape routes from castles, spiritual spots for those goblins, and even use as toilets.

They call them the Erdstall Tunnels, and while they’re not continuous (a Scot can’t crawl the three thousand miles to Turkey), no one knows the entirety of the network, let alone the purpose.

Estimates range from 1,000 to 5,000 years, with some claiming much older. The narrowest passageways, linking upper to lower levels, can be a mere sixteen inches across. A priest who investigated four hundred of them, guided only with candlelight, called them “strange winding passages” through which “one can only force oneself like a worm.”

The strangeness of this world of ours is relentless!