Have you ever tried to visualize the Holy Spirit, or wondered how He could be a Person?

And perhaps one can say: it is the Power of God, personified; visible.

Is it what some see during near-death experiences?

Noted a woman named Charlotte Holmes to CBN about a clinical death in 2019 during which she encountered deceased relatives: “Standing behind my mom and dad was a light so bright. I couldn’t look upon it. So bright. But I knew it was my Heavenly Father. I saw a toddler. And I can remember thinking, ‘Who is this?’ And I heard my father say to me, my Heavenly Father say to me, ‘It’s your child.’ I lost that child. I was 5-1/2 months pregnant. I can remember them holding the baby up and saying, ‘Charlotte, it’s a boy.’ Then he was gone. So when I saw this toddler, I said, ‘God, how is that possible?’ He says, ‘They continue to grow in Heaven. But there’s no time. It’s eternity.’ So 48 years, and here my child, our child, is a toddler.”

“I saw my sister. I saw family members standing behind. I saw saints of old. See, they didn’t look old. They didn’t look sick. None of them wore glasses,” Charlotte further recalls. “They looked like they were in their 30s. But yet it says in the scriptures, ‘We will be known as we were known.’ I know them. There, in their new bodies, they looked wonderful.”

Said Father Vincent Lafargue of Villeneuve, Switzerland, who became a priest following his encounter with the Light of God two decades ago (to National Catholic Register): 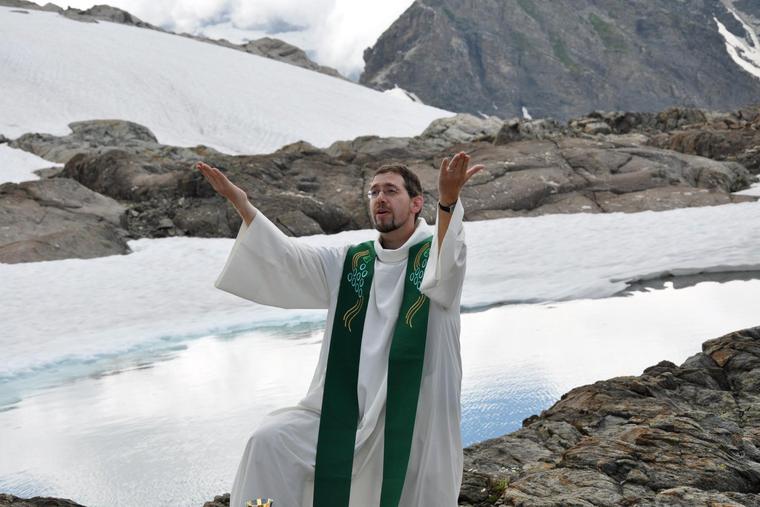 “What happened at that moment is much more vivid than anything else in my mind. I suddenly saw a scene that I could observe from above. I saw an injured person on a bed, people bustling around him, and then I heard a beeping sound indicating that a heart was stopping. I was worried about this person without understanding that it was me. I was in a state of total well-being.

“In reality, it lasted barely a minute, but in my perception, it was much longer. Then I suddenly turned around, as if someone was pulling me from behind. But instead of seeing the ceiling, I saw this famous immense light, which I had never heard of before. It is much more powerful than sunlight, without being dazzling. I was attracted by it. I floated toward this light for a few moments, but unlike others [who, for instance, claim to have seen deceased loved ones or even Jesus], I did not go further. However, for me, this light was inhabited, not by a visible person, but by an obvious presence, which was Love, unconditional Love. And, for me, as I will learn after, love is a Person: God. This is what I felt very deeply.”