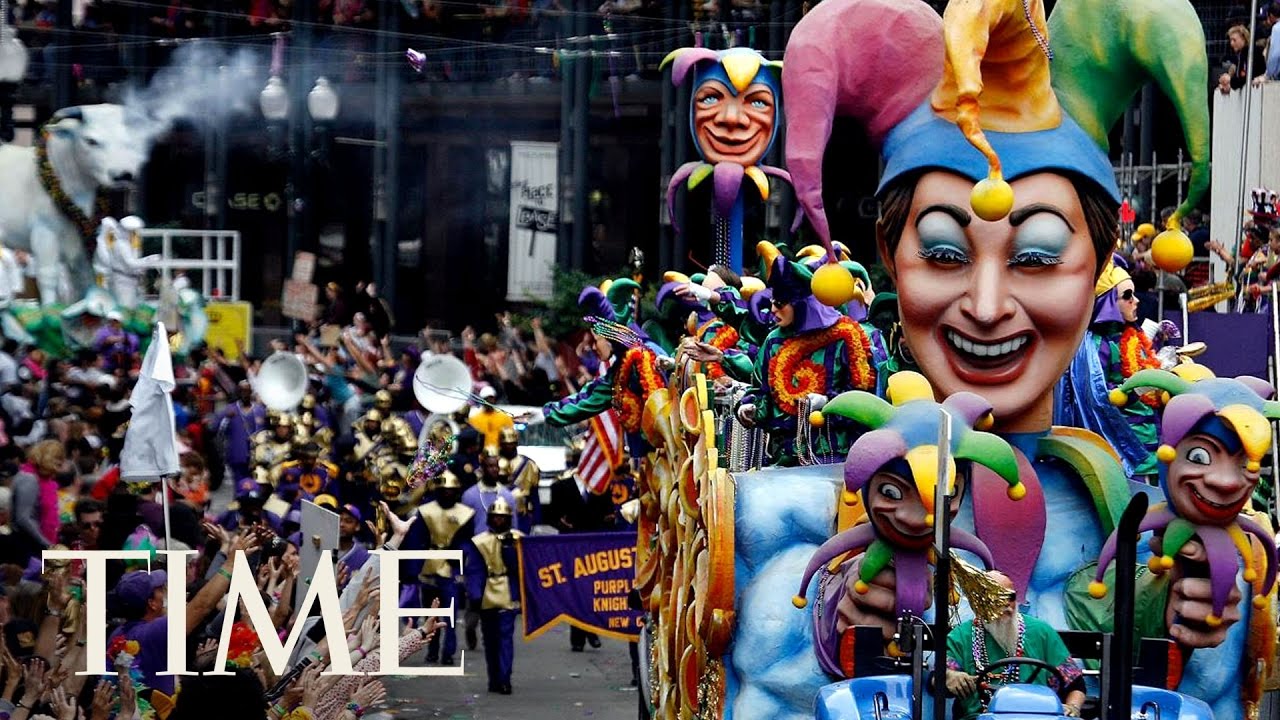 It seems like they’re proliferating — “viral,” in the spiritual sense of a metaphor.

That is: pre-Lenten festivals such as the Mardi Gras in Louisiana.

One has nothing against a little fun on what is called “Fat Tuesday“: getting one’s fill before a period of abstinence, fasting, and sacrifice — if in fact that fun and gorging and revelry is followed by: abstinence and sacrifice and fasting. (Unfortunately, “excess” is not always followed by “recess” — of carnality.)

The other issue is costumes: some are joyous, colorful, often comical. Again, fun. Too many are devilish, though, or poke caustic fun (folks scantily dressed as nuns or priests) at the Church itself.

Probably, most of those wearing this kind of  regalia are not there the next day for ashes. (Above, left, an example from Trip Advisor.)

You can also find Mardi Gras in Goa, India; Trinidad and Tobago; Blinche, Belgium; Mobile, Alabama; Quebec City, Canada; Nice, France; and Venice, Italy, to name some other locales. Even Russia has one: the festival of Maslenitsa, which on the pagan side hosts the end of winter and coming summer and on the Christian side marks the last week before the Great Fasting period before Christian Easter.

In Haiti is the darkest one.

Notes a Christian commentator for Charisma Magazine, “The negative effects of vodoo are particularly visible as we near the Haitian celebration for Mardi Gras, called Kanaval. In Haiti, Kanaval goes for weeks preceding Lent. And while many Haitian Catholics and Protestants do use this time to prepare for the Lenten season, voodoo practitioners openly worship spirits during the Carnival parade, known as defile. They use it as a time to assert the dominance of voodoo priests and priestesses, known as houngans and mambos, on the communities. Many voodoo worshipers dress up as the spirits they are worshiping. Some dress as zombies, devils or the dead. The most dedicated voodoo worshipers use this time to thank the spirits that they believe helped them gain their independence from France in 1803.”

In this atmosphere one might see fights break out, curses cast, even lives lost, it is further noted. In 2015, “Kanaval” was cancelled after a performer in a parade was shocked by a high-voltage wire, leading to a stampede. Eighteen were killed and 78 more injured in the resulting chaos. Bad fruit. 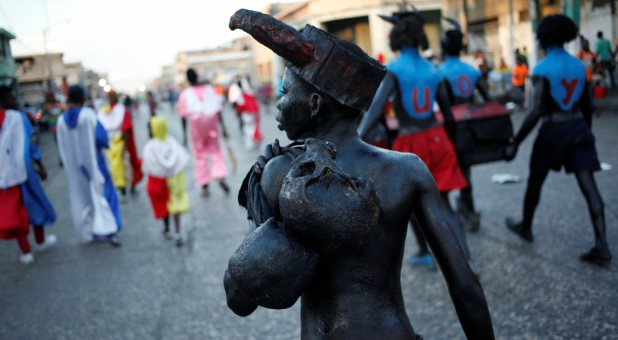 The massive Rio Festival in Brazil makes no bones about its paganism, having originated as a celebration to honor the gods (and great waters). It’s the biggest in the world, with two million per day (these festivities usually extend from the weekend before Lent through Fat Tuesday) on the streets!

Plenty of nudity, there in Brazil.

Not exactly an enticement to holiness. There is upset because a new evangelical mayor is giving the festival a well-deserved cold shoulder.

Oh well: an obvious need to rein in some of it, and perhaps one day pay equal mass attention to what comes after: True contact with God in prayer alone, away from noise and the flash of costume colors and the distractions of the world.

[Footnote: And this year that special challenge: keeping Ash Wednesday holy, when it happens to coincide on St. Valentine’s Day — another day for indulgence. Perhaps we forget, or never knew, that Saint Valentine was a martyr and therefore about sacrifice: at a time of libertine behavior, and against command of Emperor Claudius the Second, Valentine encouraged young couples to marry in the Church, a ministering for which he was beheaded.

There are legends surrounding Valentine’s actions while in prison. “One of the men who was to judge him in line with the Roman law at the time was a man called Asterius, whose daughter was blind. He was supposed to have prayed with and healed the young girl with such astonishing effect that Asterius himself became Christian as a result,” notes a priest.]

[Note: Author Michael H. Brown will hold a day of exciting talks and deep prayers February 17, 2018, at the Marriott Hotel at 5500 Hilton Avenue, Baton Rouge, in the great state of Louisiana, 10 a.m. to 4 p.m. for new discussions of our times and Mary and general mystical Catholic spirituality — from apparitions to spiritual warfare to the afterlife!] 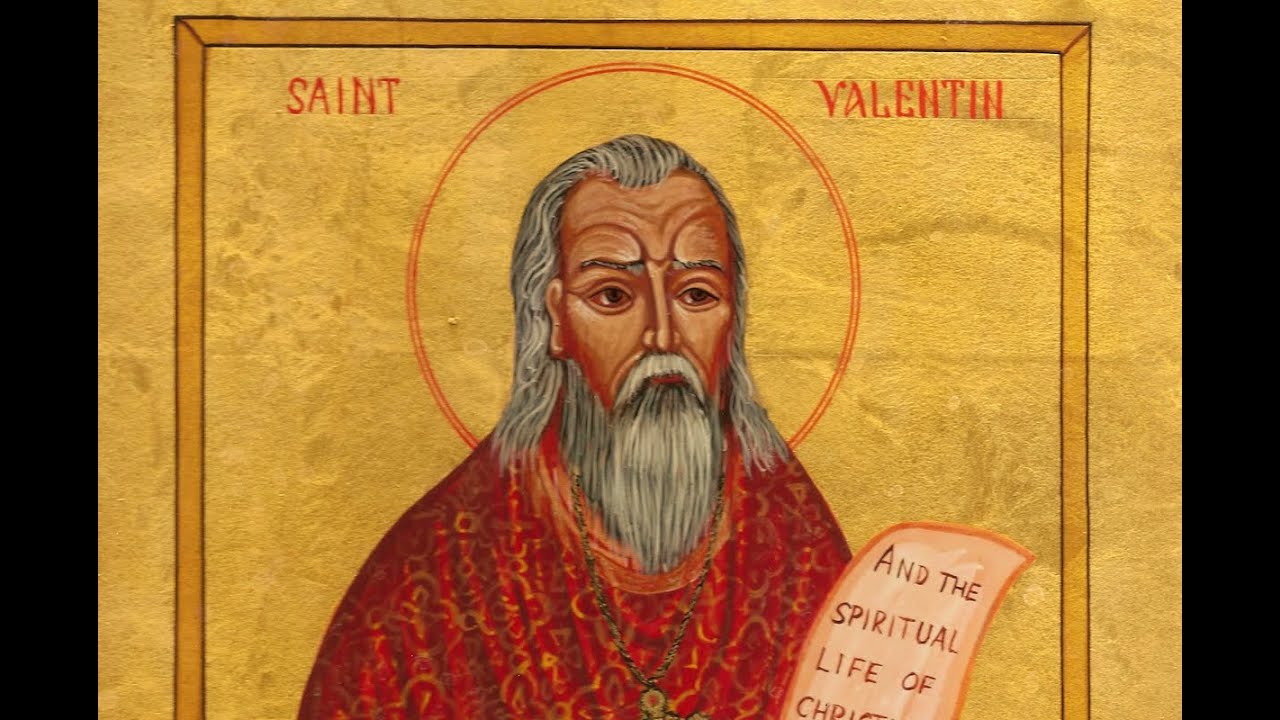 [See also:  Sins are burned away by the Light of Jesus]